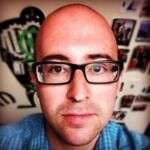 I'm designing a live action game that involves taking instagram photos based on loose missions described in a pocket notebook.

I built most of the assignments based on Chicago and I'd like to incorporate ideas from other dense and pretty cities in America (specifically New York, Austin, and San Francisco).

Obviously there are touristy locations where lots of photos get taken, but what are 2 or 3 spots that locals know about that don't often (but should) get captured by cameras?

Check out Clarion Alley in the Mission district if you want street art. Another really cool (and photographic) hidden gem is the Goldsworthy Spire in the Presidio. That's probably my favorite Instagram-worthy spot in the whole city. 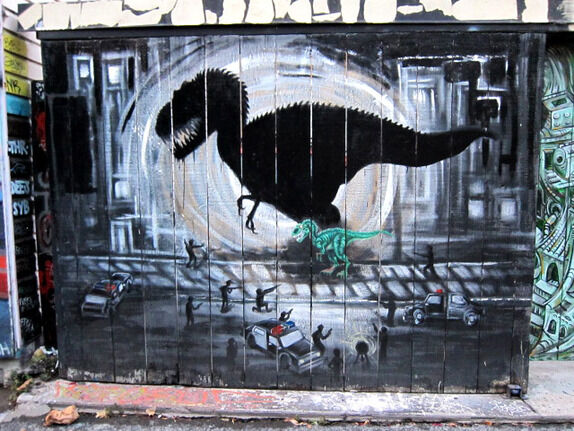 If you feel like making a short trip over to Berkeley or Oakland, there are some great shots of the Bay. In Oakland, I love going to the top of Mountain View Cemetery. A bit morbid, but the cemetery is eerily gorgeous and the view at the top looks over all of Oakland and well into San Francisco. 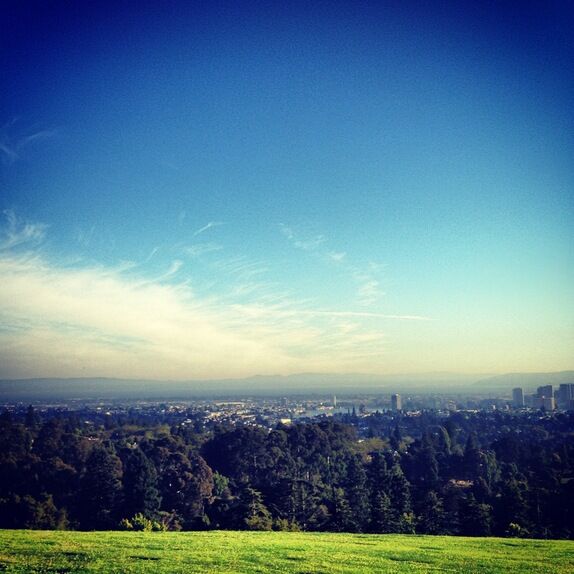 A little more well known spot is Grizzly Peak in Berkeley. The view is stunning, I miss it so much. A lesser known spot that I used to go to all the time is up Panoramic Way in Berkeley (I call it Pana). It's located right by Cal's campus and if you drive all the way up Panoramic way (it's a street) you will reach a large grassy area that looks over the Bay Area. 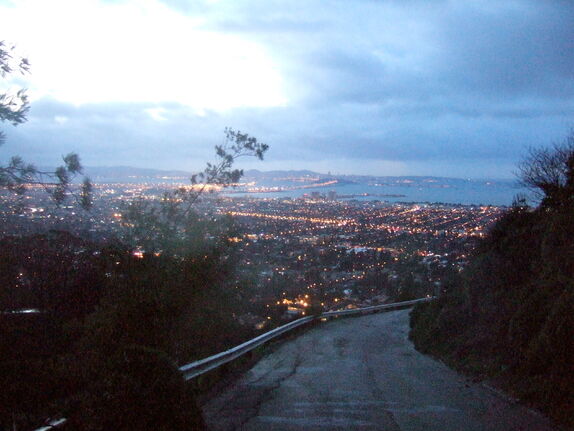 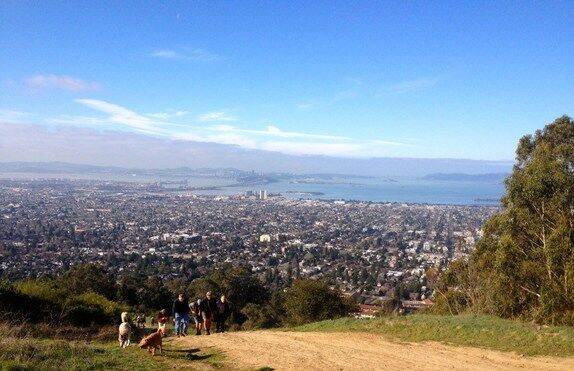 A cool spot you might want to check out is at the Port of Oakland. I mentioned this in a previous post, but rumor has it that this is where George Lucas got his inspiration for his AT-AT Walkers. It's really beautiful watching the ships roll in. 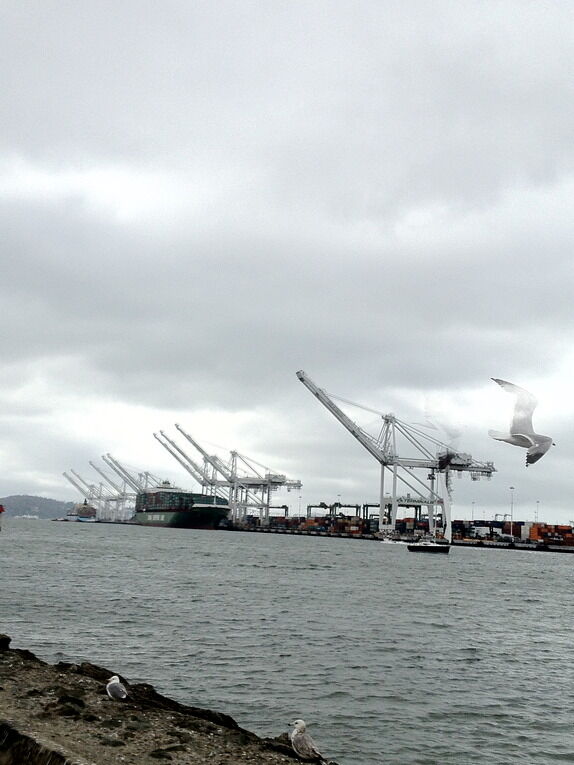 answered by
Bridge from San Francisco

Buena Vista Park is a place that even locals often miss. You can walk almost all the way around for a 360 View.

Seward Street Slides could be good for more action-oriented shots. 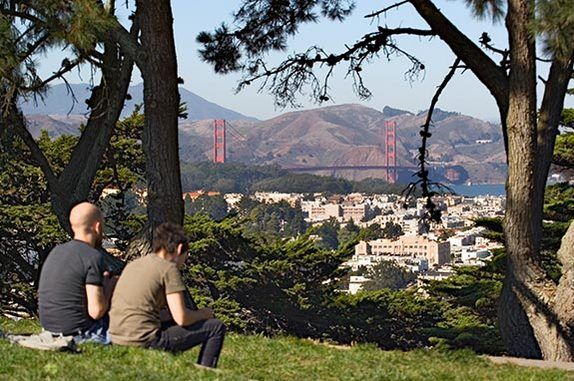 answered by
fletcher from Richmond (California)

The Filbert Steps and Grace Marchant Garden on the side of Telegraph Hill is a wonderful trip up a set of stairs starting at Filbert and Battery. http://foundsf.org/index.php?title=Filbert_Steps_and_Grace_Marchant_Gardens

Views of the Bay and beautiful gardens.

Valerie
One of my favorite spots in the city! A hidden gem:) Nice recommendation Fletcher!

answered by
Brian from Columbus

Not sure if it's too touristy or not (took me years of visiting before I really explored this park) but I'd make sure to put Baker Beach on your list. There are some amazing views of the Golden Gate from the opposite side. It does also tend to attract the nudist enthusiasts, but that might make for an interesting challenge (get a good picture of the bridge without capturing a nudist??) There's also the obvious Marin Headlands, but the hiking and bike trails are great attractions, often missed by tourists (including Point Bonita Lighthouse). Also in Marin, while I'm on the theme, and also neglected by tourists is Stinson Beach - just watch out for sharks! My favorite, as touristy as it may be in Marin is the Muir Woods National Monument park. Extremely photogenic :) 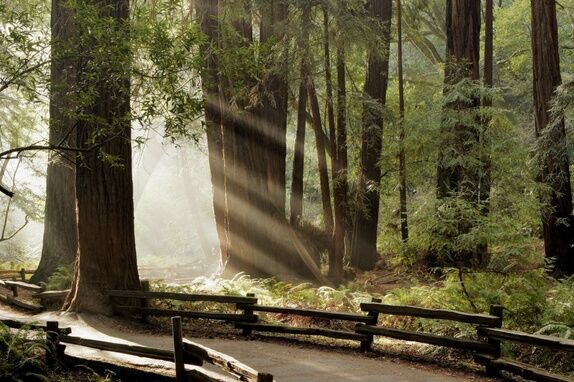 Brian
And I just realized after posting this, that my answer doesn't really cover "unexpectedly" photogenic like you wanted, just surprisingly-not-visited-enough.

answered by
Katie from Delray Beach

The Vulcan Stairway has Instagram-worthy gardens, landscaping and architecture... 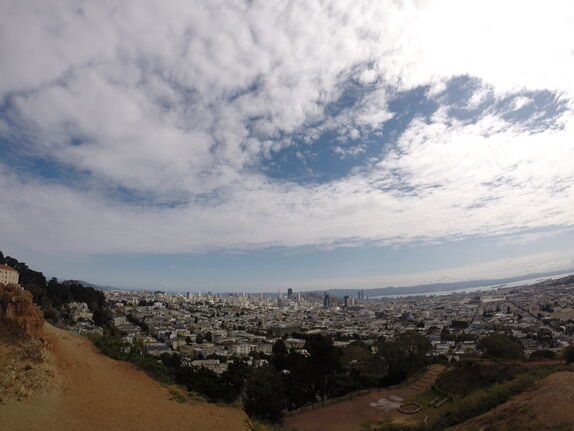 and Corona Heights Park is a quiet park with fantastic top-of-the-hill views.

Valerie
LOVE this place. Such a nice place to reflect :)

answered by
Rod from Sebastopol

Base of stairs looking up toward Coit Tower -- this is where the parrots were for the documentary "Wild Parrots of Telegraph Hill", Legion of Honor has come unique but classic shots ... to name two that come to mind

answered by
Brandon from Phoenix, Arizona

Obviously Union Square, but from the 7th floor of Macy's is The Cheesecake Factory's porch. It's outside overlooking the entire square. Well worth a trek through some maddening retail space.

answered by
Daniel from Chattanooga, Tennessee

The Mission District. Lots of murals, cool shops and culture.

answered by
Peter from Munich

Hi, you could try Grand View Park, you have a nice view from here, especially for the sunset and there are also the 16th Avenue Tiled Steps Project nearby. Almost all other spots are pretty touristic...If i can come up with more, I will let you know..

Oh the best place is the 16th Avenue Tiled Steps Project at the intersection of 16th and Moraga. They are beautiful and if you walk to the top and then take one more staircase, you have phenomenal 360 views of the city or you're encased in fog depending on the day. I have some photos of them on my blog if you want to see what they look like. (UPDATE: There's a NEW staircase just a couple blocks from the original at 16th and Lawton. From here, it looks plain, but look up from Kirkham and it's amazing. It's called the Hidden Garden Steps and it just opened late 2013.)

Another little known place is Potrero Hill where you can find cool cafes and a street that is actually MORE crooked than Lombard (start at Vermont and 20th).

Other cool places are the random ruins of military bunkers that line highway 1 like the hang gliding cliffs at Fort Funston. The Sutro Baths are also really cool and not as touristy as they used to be.

answered by
Karisa from Atlanta

Potrero Hill has great skyline views of the city.  Also, I would head to the Palace of Fine Arts - it's stunning.  I'll be doing a post on my blog about these sites and more very soon!  www.flirtingwiththeglobe.com

answered by
Steve from San Francisco