One week in San Francisco...

Hi, my mom and I are going to San Francisco for a week next summer, and we're starting to plan out an itinerary.  Any suggestions on things to do, places to eat, etc, with my mom?  Thanks!

top answer by
Darleen from Sacramento

You'll find the city has sections, so to save time pick one and do all the stuff you'd like there before moving on to another. even if you have a car, you don't want to spend you time driving and finding parking spots!

Must do's would include a trip to see Golden Gate Bridge . You can combine that with a trip to the Presidio and the museums there. Other north shore points like Ghiradelli Square, or The Cannery Shopping Centerand Fisherman's Wharfwould work as well.

Union Square area is more than likely your base. Most hotels are in this vicinity. From there you can hit San Francisco Chinatownand the Italian section, North BeachYou can easily get to Justin Herman Plaza and the east shore using BART (Bay Area Rapid Transit) an underground train.

A little farther away would be Golden Gate ParkIt's pretty big and long. It too has fabulous museums worth seeing. You may combine that with seeing the west shore and the Pacific Ocean. There is a nice restaurant where the park meets the ocean, near the windmill. 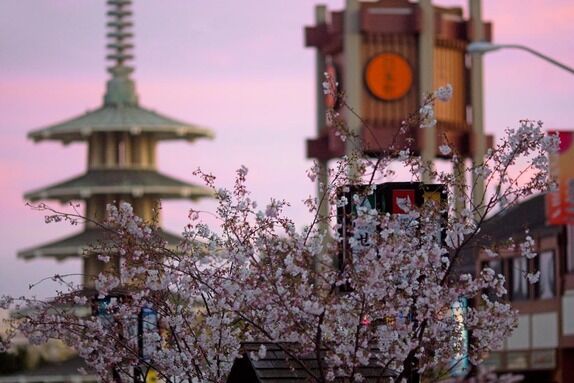 section is also further away, but well worth a trip. It is mostly inside and good for a bad weather day. It encompasses two city blocks and also some surrounding streets as well.

Keeping in mind your mode of transportation and which direction you'll be heading and you can't go wrong finding fun things to do in the city!

Bar Jules - Hayes Valley - Menu changes every day. Make reservations.
Foreign Cinema - Mission - request a seat in the courtyard where they project a black and white film every night at 8pm. Get the fried chicken.
AQ Restaurant & Bar - Soma - They completely change the decor and menu every season. Don't bother with the tasting menu, just order a few dishes and split.
Tony’s Pizza Napoletana - North Beach - Seriously good pizza. Expect an hour wait every time. Put your name in, and go grab a drink - it's worth it!
Caffe Sport - North Beach - Great for Sicilian food.
Nopa - also in nopa - go for brunch
Pizzetta 211 - Outer Richmond - tiny place so you usually have to wait but so worth it.
Bi-Rite Creamery or Smitten Ice Cream - two of my favorite ice cream spots
Ike's Place - Castro - Seriously good sandwiches
Umami Burger - Marina - get the truffle burger
Umami Sushi - Marina - all the sushi is good but also get the umami sliders.
La Taqueria - Mission

Bars
Tommy's Mexican Restaurant - Outer Richmond - Technically a restaurant, but you come here for the margaritas. It has one of the largest tequila selections in the states and the owner is the official tequila ambassador for the US (yep, that's a thing). He's behind the bar most nights and will give you serious tequila 101 if you ask.
The Buena Vista Cafe - Marina - Cure a hangover with an Irish coffee.
The Ice Cream Bar - Cole Valley - Half bar, half ice cream.
Suppenküche or Biergarten - Hayes Valley - beer.
Lolinda - Mission - good drinks, good food.
Bourbon and Branch - Tenderloin
Johnny Foley's Irish House - Union Square - go here one of the dueling piano nights

Sight Seeing / Outdoors
Ferry Plaza Farmers Market  on Saturday Mornings (come with an appetite for food trucks)
Lands End - great views of the golden gate and coastline. Easy walk/hike. Stop by the Legion of Honor while you're there.
De Young Museum
Lyon Street Steps - come here for a good workout with a great view
Dolores Park - if you get any sunny days bring a picnic and a bottle of champagne and lay in the sun here

Twin Peaks - go to the top of Twin Peaks for a ridiculous view of the city.

Outside of SF
Nature Friends San Francisco Tourist Club hike in Mill Valley - this is a pretty hike that leads you to a beer garden. Great place to bring a picnic and hangout with friends for the day. It's not open to the public every weekend so check the website before going.
Bar Bocce - Awesome restaurant in Sausalito. Open fire pits to sit around, great pizza, and sangria popsicles. Yes, you heard me right.

Alamere Falls - it's a drive but seriously worth it. Gorgeous hike, then you end at the beach where waterfalls flow right into the ocean.

answered by
Peter from Bloomington (Indiana)

Golden Gate Park is a national treasure. The De Young Museum is there -- wonderful art collection -- and so is the Conservatory of Flowers, a magnificent indoor terrarium for humans. Take the #5 bus to Ocean Beach -- it will drop you off on Fulton St., the north edge of the park.