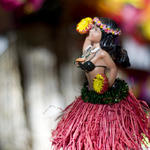 I'm going to be in San Diego this weekend with a few friends and we're planning on visiting a few breweries since we know the beer scene is huge down there right now. We know there are A LOT and we're having a hard time narrowing down which ones would be the best to tour and enjoy the taprooms. What are noteworthy places that we can't miss? We love all kinds of beer...except sours! Thanks!

answered by
Matthew from Copenhagen

Mother Earth Brew Co is always good as well as Port Brewing. Stone Brewing World Bistro & Gardens is like disneyland for adults. Worth checking out.

So I would figure out a part of San Diego you want to explore for beer and focus your beer efforts there. Because you of course have a high concentration in downtown and right around there, and then quite a number near Miramar, and then a ton along the Hops Highway in North County.

However, the great thing about a lot of best ones is that they have a number of tap rooms and brewpubs around SD, such as Stone and Ballast. But I'd probably focus in on San Diego proper. Some of my faves, as well as some of the best beers:

Also, there are a couple cool brewery tours, one of which, Scavengers Brewery Tours, which goes around in an open-air 1973 Swiss Military Safari Jeeps. They do their tours in downtown or Carlsbad, and hit up a lot of the breweries I mentioned. Just let them pick you up, so you're not driving afterward, since a lot of beer is involved.

Justin
Let me reinforce Ballast Point. They have a grapefruit version of their Sculpin IPA that is one of the few beers I've ever rated a full 5 stars on the Untappd app I use for tracking my beers. I've been really interested in Carl Strauss.

Brett
I'll give another +1 for Ballast Point. The tasting room isn't as glamorous as say Stone or Karl Strauss, but if you're focused on beer, this is the spot.

answered by
Lydia from Portland, Oregon

I'm not a huge beer fan, and there are still some breweries that I'll tag along to, including Stone Brewing World Bistro & Gardens and Green Flash Brewing Company.  I'd also check out Sculpin at Ballast Point Brewing Company and Pizza Port Ocean Beach.

answered by
Yvonne from San Diego

Check city beat or the reader, both @ san Diego publications that list all the breweries.  The belching beaver on 30th was great as well.

answered by
Kristie from Coronado Island

North Park is a fun, hip neighborhood and has a bunch of fun places to check out. You can rent bikes and ride around to all of them. Thorn St. Brewery Belching Beaver North ParkHess Brewing Fall Brewing Company Modern Times Tasting Room and tons of places in between. Also check out the Stone Brewing World Bistro & Gardens