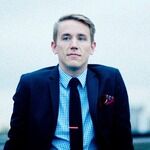 Great neighborhood in SD to live for 6 weeks for a young professional (25)?

I'm working for 6 weeks in San Diego at the end of this summer and into the fall, and want to know what are great neighborhoods for a young professional (I'm 25) to get an apartment at. I'm a huge drink and food lover, but am looking for more social spots since I'll be traveling solo. I've heard some good things about the Gaslamp District, Pacific Beach, and North Park, so pros and cons for those too. Thanks everyone.

Brian - first, nice work getting out to San Diego.  It's a great place to be in general.  San Diego has several different neighborhoods to consider - each of which speaks to different aspects of San Diego living.

Gaslamp Quarter is fantastic for young professionals.  There are tons of condos and highrise buildings to pick from.  I think the Marina District (west of Horton Plaza) is the best, but there are great options from Cortez Hill (El Cortez Don Room) to the East Village (Petco Park).  If you're ok with a short Uber fare, Little Italy and the surrounding area is another option.  All of these areas are focused on the downtown feel and nightlife.  If that's your primary interest, that's where you should be.

Very different from downtown are the beach cities.  Pacific Beach and Mission Beach are classic San Diego beach cities, but tend to be more oriented towards college-age residents.  I think that downtown is a much better option for a young professional, but it all depends on your preference.

If you want the beach feel and are past the college scene, some of the north county beach cities could be a better option.  Encinitas and Del Mar have great surf, restaurants and some bars, but with a generally more mature (late twenties to early forties) audience.

answered by
Katherine from San Diego

Brian
Working in Poway, I've accepted that I have to drive a little but get to stay in the heart of it all. Yes to great food and craft beer

Downtown San Diego!  It's a high energy place with Gaslamp Quarter, Petco Park, Horton Plaza, Little Italy, Old Town San Diego and the Harbor itself, you'll find plenty to keep you busy and lots of people your age to mingle with.

answered by
Gary from San Diego

Avoid the Gaslamp-- It's expensive, full of tourists, weekend partiers, and the bars and restaurants cater to that crowd. My favorite areas are local-centric like North Park, South Park, University Heights and Little Italy/Bankers Hill. All are very close to downtown and have a great neighborhood vibe about them. The best breweries, bars and restaurants are found in North Park and South Park, many along 30th St. This is where the largest concentration of new and hip places are opening and the people are very friendly and social. Get your coffee (and canned beer) at Young Hickory, have one of the best craft cocktails in the city at Polite Provisions, feast on fresh oysters at Ironside or chill out for brunch at Great Maple. If you still feel you need to live closer to downtown proper, look at the East Village where you'll be well away from the chaos of the Gaslamp and still have some good options for eating and drinking.

As other commenters have noted, the beach cities like Pacific Beach are fun but, again, more party crowd and tourism. Also difficult traffic in and out for a commute.

Cheers, and welcome to San Diego!

answered by
aaron from Carlsbad (California)

North Park, Bankers Hill or Hillcrest Neighborhood. Gaslamp Quarter is tourist and party central. These areas have more down to earth restaurants, microbrews, shops, groceries, parks & professional women in their 20s... If you really want to be downtown maybe Little Italy would be ok for a while but i would rather visit there than live.