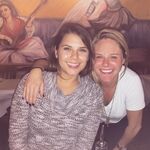 Cross Country from NYC to SD

I am planning a road trip cross country from NYC to San Diego. Ideally, I would like to make it

I'm looking for a practical route , yet also cool stops. Does anyone have any suggestions of the 4 states we should spend a night in along the way ? Also , any must see places? Greatly appreciate route suggestions in advance !

answered by
Susan from Pennsylvania

I've done the trip several times.. Leaving from Pennsylvania. I prefer the northern route, scenery is more varied but weather is a big consideration. Last trip in June 2015 took me 5 days.. Thursday afternoon to Monday night. Eastern PA to San Francisco. I did all the driving but did have a co-pilot. We had a National Park Pass so used it at an opportunity to spend a little time in the parks as an alternative to all interstate driving. One you get past Chicago the interstate is much better driving than on this side. We managed to enjoy The Badlands, Yellowstone National Park, Yosemite Valley (California)  with a short stop Wall Drug Store. Also spent a half day in Hot Springs (South Dakota) at a wild horse sanctuary. Definitely wouldn't recommend it as a trip for everyone but it was a blast and we didn't feel rushed. Stayed in hotels Fri-Sat-Sun. I'm sure I'll revisit many of the stops again.

Julie
Thank you! I'm leaving next week , and have been debating between the northern or southern route. Much appreciated !

If you drive 8 hours a day, it will take you more than 5-6 days to complete the cross-country trip.  I'd recommend at least 7 days to avoid fatigue (which is the #3 cause of traffic accidents after booze/drugs and weather).

The most direct route would take you through Pennsylvania, Ohio, Indiana, Illinois, Missouri, Oklahoma, New Mexico, northern Arizona and Los Angeles, but this isn't exactly the most interesting.

A more interesting route would have you heading southwest out of New York City instead of west.  Head southwest towards Philadelphia, then turn west on I-76 towards Harrisburg, then southwest on I-81 through the Appalachians.  Gettysburg and the battlefield might be a good afternoon break, and Shenandoah National Park might be a good first night's stop.  Get back to I-81 and head southwest through western Virginia and eastern Tennessee to Knoxville, then switch to I-40 west and stop in Nashville for night 2.  Memphis would make a good daytime stop on day 3, and if you go to one museum in town skip Graceland and go to the National Civil Rights Museum instead.  Keep on I-40 west, and spend night 3 in Little Rock.  Get an early start, and head on I-40 to Oklahoma City, stop there midday for lunch at the Cattlemen's Steakhouse, then get back on I-40 west and spend night 4 in Amarillo.  Little Rock to Amarillo would be the longest stretch of the trip.  Begin day 5 on I-40 west towards Albuquerque, and spend night 5 either there or in Santa Fe (New Mexico) an hour north.  Get an early start on day 6 and take I-40 west towards Flagstaff, then I-17 and Arizona highway 89A south towards Sedona.  Spend night 6 in Sedona and soak up some new-age left-wing counterculture before heading south on I-17 towards Phoenix.  From Phoenix San Diego is just 7-8 hours away on I-10 and I-8 westbound.