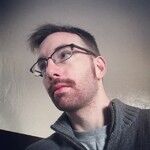 I will be in San Antonio for about 4 days and wanted to see what the top 3 places to visit would be. Thanks!

answered first by
Peter from Munich

I highly recommend to check out the River Walk. It's amazing, especially at the evening to have dinner or ride one of the gondolas...

Patrick
Awesome, any other places? My wife and I love local spots. Places that don't have a tourist feel to them.

Peter
Hi Patrick, unfortunately not really. The only other place i can think of is San Antonio Missions Historical Park. Its a national park and I would consider it more on the touristy side.

answered by
John from Calbayog

I've sure that answers will vary, but I'd say The San Antonio River Walk (especially at night), SeaWorld San Antonio/Six Flags and The Alamo. At the Alamo they will not let you take pictures on the inside, so that's a bit disappointing, but it's still nice to see.  Also they usually have other things in the back for you to see and buy.  A couple of other good choices the Tower of the Americas and the Ripley's Believe It or Not (downtown, but I forget the actual name).  The observation deck at the top is great for seeing the whole city.  There is a restaurant up there that rotates, but I have not eaten there.  I also just liked walking on Hemisphere Plaza, which is where Tower of America is.  Basically the south side of town (around Sea World/Six Flags) is the poorer area of San Antonio and the north side has the more upper class crowd.  I rarely go north though.  Between downtown and the south side, I'm good to go.  I hope that where ever you decide to go in San Antonio, you have a great time.  It's the only big city that I do actually like.

The river walk and Alamo, sure. Mission trail is cool to take a bike trip down to see the San Antonio Missions, there are rentals around town, and if you start in Southtown down the mission trail, take a walk in the King William district. Also quite a few places to get some lunch in the Blue Star Brewing Company area. If you’re into dive bars, St. Mary’s street is your place. Seeing a movie at the Alamo Drafthouse is cool too if you’ve not been to a food/beer serving theater. The Pearl Brewery is also a new trendy area of town with high end restaurants and a pretty sweet farmers market on the weekends.

answered by
Sarah from Germany

I would say, the Riverwalk Trail, Mission Trail (or at least see one or two of the Missions) and The Alamo. ]Also, the Japanese Tea Gardens is a beautiful place to escape for a quiet afternoon.