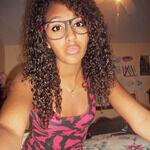 Places to bar hop and night life in SLC?

My gal pals and I are taking a ski trip to SLC in March to celebrate our upcoming graduation.  One of the girls is from there so we have a place to stay.  We just want some ideas about where to bar hop or go out at night since this will be the last time together for some of us (I know, so sad!).  Where can we raise one last glass?

Great question! March is definitely a great time to come out for skiing. Definitely an alright night scene and something for everyone. Bar X is my place to find a great drink to start the night. They're known for their Moscow Mules - complete with copper mug (which you need to return to avoid a $25 charge to your card) - although, their menu features originals and classic cocktails that have faded into obscurity. Moving toward the heart of downtown, a martini at The Red Door is a great place to stop... especially for a girl's night out. From there, you could wander down the street toThe Hotel / Club Elevate to dance off the cocktails, or wander up the street for a beer at Beer Hive Pub & Grill. If you're feeling a little peckish, I'd grab a late night bite Eva and enjoy one of their cocktails while there. To finish the night, a chill bar that has a great patio (if it's warm enough) is Gracie's. Also,  Maxwell's East Coast Eatery turns into a night club after hours, if you're still wanting to keep on dancing.

Hope this helps and that you ladies enjoy the skiing and the apres-ski!

Liz
Whoa, these places sound so cool! Thank you Cameron! Can't wait to go on this trip!!

Cameron
You all should also spend a night bar crawling in Park City (maybe after a day at The Canyons, Park City Mountain Resort or Deer Valley). Historic Main Street comes alive during ski season and I have yet to find a bar that I didn't like up there - High West, The Spur and Cisero's being my top three. Main Street also boasts some pretty great shopping.

Liz
Ohhhhh, we haven't talked about venturing out of SLC at all, but that sounds like it could be fun!!!

One of the Bar X partners is Ty Burrell from Modern Family.  It was a dive beer bar before he and his brother bought it and remodeled the interior.  For an extensive list of Salt Lake bars and what each is like, just to dispel the ancient myth that alcohol is unavailable in Utah, go to http://www.cityweekly.net/utah/LocationSearch?locationSection=2125346 .  I advise staying downtown where you can ride TRAX free or just walk.  Finding a drink in Utah is not hard.  Getting into a car to drive after you've had one could be very rough.  Utah is very tough on DUI, since some of us don't think we should be drinking in the first place. It's nearly a capital offense.  One fun place near my guesthouse, Off-Broadway Studios, is the Tavernacle Social Club, a place with Dueling Pianos and raunchy singsongs.  We have sports bars, gay bars, karaoke bars, corner pubs, supper clubs like Faustina and Vinto, live music clubs like the Urban Lounge, pretty much whatever you are looking for.  Here's a Utah oddity: there are non-alcoholic clubs as well; you still have to be 18 to get in. We are also very near the Utah State Wine Store, which is surprisingly knowledgeable and complete.  Club Memberships are no longer the system.  It's show ID and liquor by the drink, like anywhere else. Utah has joined the 20th century, now that we're in the 21st!

Liz
Thank you for all the ideas, Ed!