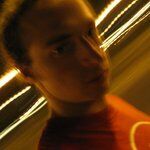 Can I do Salar de Uyuni (salt flats) in Bolivia without a tour? Possible?

I'm a pretty low-maintenance traveller. I just got back from hitchhiking in Kyrgyzstan. I'm looking at going to Salar de Uyuni, the salt flats in Bolivia.

I avoid organized tours like the plague, but I'm having an incredibly difficult time find information about how to do it without hiring a tour.

Has anyone done it without going on a tour before? Or, if you were on a tour there, did you meet anyone who wasn't doing an official tour?

Is this possible to do, or is an official tour just unavoidable?

You really need to take a tour as there is no public transport that crosses the Salar de Uyunior goes up into the mountains and high altitude lakes. We booked (in Uyuni) a car (with driver) for 3 days and had no pre-booked accommodation. The sleeping and eating arrangements were pretty basic but if you have experience of Kyrgyzstanthen you won't mind too much (I worked in Kazakhstan for over 10 years). You are unlikely to get a car to yourself (unless you pay lots) so you are likely to end up with three strangers. The drivers can be flexible about where they visit but of course the other passengers will have a wish list too.

answered by
Petra from Torhout, Belgium

I think it could be possible to see Uyuni Salt Flat by yourself from Uyuni, if you take a taxi or maybe hitchhike, but then you probably can not go to Isla Incahuasi in the middle, because it's easy to get lost, and you really don't want to get lost there. ;-) But it's definitely impossible to do the whole Salar tour (all the lagunas with flamingos, deserts, ...) without an organisation. And trust me, you really don't want to miss out on this! There are no roads and no public transport whatsoever, and nobody lives there, so hitchhiking is not an option. It's a whole lot of nothing out there and without a tour operator that knows it's way around, you will definitely get lost! The best way to do the tour (less crowded) is to start from Tupiza. That way, you will have practically no other cars on your tour, except for the places you sleep. The tour from Tupiza is 4 day, instead of 3, but it's really worth it! If you take the tour from Uyuni, it's only 3 days, and you don't get the see the part to Tupiza, which is a shame, because it's really beautifull. Tupiza itself is also a must see. There are gorgeous canyons there where you can hike by yourself, or even go horseriding. There are several tour organisations in Tupiza that do the salar tour and they all offer the same. We went with Tupiza Tours, which I can really recommend!

answered by
Jenn from Cali, Colombia

It's better if you get Bolivia first, Copacabana, La Paz etc and there you can buy tours since $100 very cheap and great or you can go by your self.

answered first by
Keith from Denver

Yes you can. We took a bus to Uyuni and explored on our own and asked locals for advice while we were there.