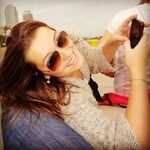 Where to go for local food in Rome?

Not looking for touristy restaurants but instead want a real local experience. Where are the best restaurants in Rome for this?

Ristorante Cadorna is a very local and authentic experience.  Get the carbonara and the Roman artichokes.  Campo de' Fiori they have a farmer's market, and there is Il Fornaio which is a wonderful bakery.

I have a few favorites, introduced to me by a Roman family.

Please have a taste of everything for me! :)

(PS: I wrote about my perfect day in Rome here if you need a few sightseeing suggestions near each place!)

Most options surrounding heavily visited attractions will most likely be tourist traps. Stay away from places where menus are translated into multiple languages. A great spot for more authentic and trendy food is the Roma Trastevere. The neighborhood is very cute, not as crowded and you'll see it's where the locals go.

Kristal
It definitely sounds liked it :) We should explore SF together!

Krista
There will have to be periscop-ing for Trippy involved!

answered by
Kelly from Rome

As you can see there are loads of options. As a resident of Rome though, I would disagree about eating in Trastevere apart from Ristorante le Mani in Pasta and Suppli Pizzeria Blb where you can get amazing pizza by the slice, suppli', other fried delights, fresh pasta, etc and is stand up or take out only. You will have to fight the mob at this place, but you'll know why (try the pizza rossa, it's the BEST!)

Otherwise, think about checking out some other neighborhoods as Natalie mentioned like Monte Testaccio or a million wonderful restaurants in the neighborhood Monti where you can eat very well at La Taverna dei Fori Imperiali (owned by a family who lives in the same street and frequented mostly by locals- make a reservation in advance!). You can stop and have a glass of wine before dinner at Faifuche' or try dinner at Urbana 47 or any other of the little trattorias you see in the back streets.

There of course is an infinite list of restaurants, you might want to check out Elizabeth Minchilli's app called Eat Rome, which only lists smaller local restaurants frequented by people living in Rome and not for tourists.

answered by
Natalie from Rome

Get a bit outside of the historic center and try Flavio al Velavevodetto in Monte Testaccio or Da Cesare in Casaletto.

answered by
Roni from Dallas

Trastevere is a great area to find more local (and delicious) options. I second that suggestion!

answered by
M'artìna from Thiene

answered by
Amy from Cambridge, Massachusetts

We really like Trattoria Lilli and in Trastevere, La Scala in Trastevere where I had the best buffalo mozzarella ever!