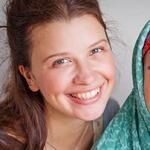 What are you favorite restaurants in Rome?

I'm going to Rome soon and would love some ideas on where to eat! I like smaller restaurants and nothing $$$. More, $-$$.

I'm not a picky eater, I'd just like ideas on where great places to eat are. Especially some good Italian food :)

Way back in the year 2000, we visited Rome and had a wonderful meal at the Restaurant Ristorante Al 34 near the Spanish Steps. My wife especially remembered the Veal Stinko, which was remarkable.

So last year, when we again visited Rome, she wanted to see if that restaurant was still in business, and whether they still had Veal Stinko on the menu. Sure enough, they were, and they did.

Fortunately we also remembered that this is a very large serving, suitable for sharing. We were actually able to feed three people by sharing a single order, so it wasn't expensive at all.

In English, Veal Stinko would be called Veal Shank. It is the whole leg shank bone roasted in the oven along with potatoes. These are potatoes like no other. This restaurant has figured out how to infuse potatoes with the flavors of veal, Rosemary, and Garlic to a degree we've not encountered previously.

The dish is spectacular the way they serve it. They cut the roasted meat off the bone, remove any fat, and cut into bite size pieces. The bone is served in the center of the plate pointing toward the celling. Other diners are likely to stop by to ask what it is.

Being from Istanbul, I'm sure you have your own favorite kebab restaurants and great meat dishes. This one is different though. The Rosemary and Garlic flavors give it a real Italian flair. 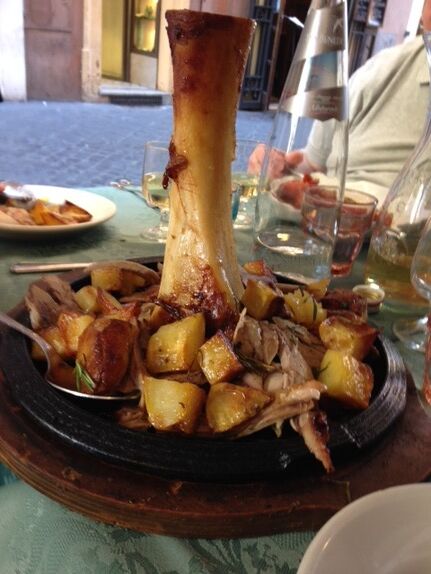 Here is a map showing the restaurant's location. The red M is the location of the metro stop at the Spanish Steps (Spagna in Italian), one of Rome's major tourist attractions. The streets between the Spagna and Al 34 are some of Rome's best high end shops. You'll find the famous names there like Tod's, Gucci, etc. 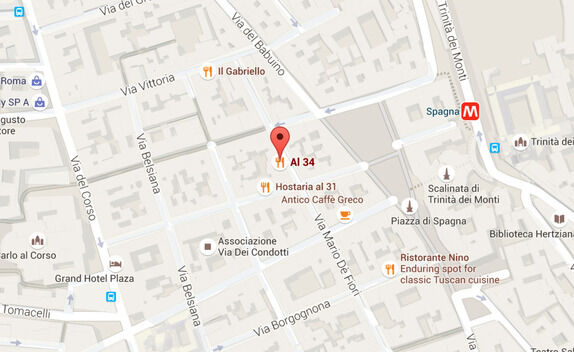 Here are my go-tos:

answered by
Carolina from Miami

I agree with Justine!  Trastevere was amazing and definite must see!  My husband and I had some carbonara which is nothing like the one in the United States and is amazing!  Also, try the Falanghina white wine, it's amazing!  Most restaurants will have it.  Our fav places were Ditirambo, it was not on the cheaper side but there were also two of us and we ordered a lot of wine.  Da Enzo Al 29 Sas Di Di Felice Roberto & C., great price and they have all the Roman classics.  Yummy!  We also tried street vendors that we loved closer to the Vatican, but I can't remember the names.  Have a great time!

answered first by
Nars from Boston