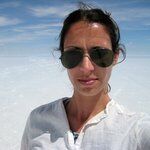 Top picks for travels around Romania, Bulgaria, and Serbia?

May be taking a few weeks-month or so to kick around Romania, Bulgaria, and Serbia starting in June. Thinking Bucharest, Brasov, Bran Castle, Sibiu, Transylvanian Alps...likely Veliko Tarnovo, Nessebar, Plovdiv, Melnik..Belgrade, Subotica. In this (very) preliminary mulling. May head over to Albania and Montenegro if I can swing it.

top answer by
Maria from Bulgaria

The old town of Nesebar is a UNESCO Heritage Site. You'll love it. The old town of Plovdiv is pretty fascinating, too. Tsarevets is a must-see site in Veliko Turnovo.

If you have the chance I recommend Rilski Manastir near Sofia - it's a UNESCO World Heritage Site, too. I can give you info about how to get there from Sofia, if you need. Get in the capital, too.

In Burgas (near Nessebar) there is a big Sand Festival all summer. And the city is pretty impresive, too.

Hope you have a great time in Bulgaria!

answered by
Olisevschi from Bucharest

Hi . Place must see in Romania is Danube Delta - the waters of the Danube, which flow into the Black Sea, form the largest and best preserved of Europe's deltas. The Danube delta hosts over 300 species of birds as well as 45 freshwater fish species in its numerous lakes and marshes. The reserve is vast in European terms with numerous freshwater Lakes interconnected by narrow channels featuring huge expanses of aquatic vegetation. This is the largest continuous marshland on Europe and the second-largest delta (the Volga being the largest), which includes the greatest stretch of reedbeds in the world. The menu are allways with fresh fish (for all dishes). DBL cost aroud 40$. I recomad you to stay at local people. They know many things about places . Mila 23 is a village in a middle of Delta . You can reach there only by boat (public or privat) from Tulcea.

Another interestig place in Romania is like you say Bran . I like to stay at Mama cozonacilor, because there you can find the true romanian hospitality.

Near Bran is Sighisoara Medievala   a popular tourist destination for its well-preserved walled old town. The landmark of the city is the Clock Tower, a 64 m-high tower built in the 13th century. It is today a museum of history.

At the Nord of country there ar many Unesco Monastery . The most famous of these, often called "the Sistine   Chapel of the East" is Voroneţ Monastery. Erected in 1438 by Stefan the Great,   Voronet’s most stunning feature is a Last Judgment fresco painted – as at all   the churches – on the exterior façade. The blue paint that has miraculously   never faded is known throughout the world as ‘Voronet blue’. The artists here   worked in isolation, guarding their trade secrets and to this day, the   composition of the paint remains a mystery.

Other painted churches not to be missed include Sucevita, with its   distinctive greens, and Humor , where the frescoes are predominantly red. Also   nearby are,Arbore, Dragomirna, Moldovita and Putna monasteries.

Don't miss Astra a museum complex in Sibiu, which gathers under the same authority four etnology and civilisation museums in the city, a series of laboratories for conservation and research, and a documentation centre.

That is a little part of Romania .... YOU ARE WELLCOME!

answered by
dan from San Francisco

So I am in Romania quite often and was in Bulgaria last year for a friends wedding.

June is a great time to visit Romania, during the week its fun to hang out in Bucharest as they have some of the best night life and its pretty inexpensive. On the weekends everyone heads to the Black Sea. I know one of the places I will actually be staying in june is Gura Portitei: http://guraportitei.ro/

Highly recommended by a lot of my local friends but as long as your on the sea you should have a good time.

Oh and Sibiu is great too although I would caution you that it is very much like a western European city as it is a favorite German vacation spot; so if you love German culture than it can be a lot of fun!

And Bulgaria well its great during the tourist seasons, and is cheaper still but also during these seasons look for prices to double or triple as this is the only time they make any real money.

answered first by
Marco from Bergamo

I really loved Transylvania. I was there for a conference, me and my colleagues hired two cars and spent a few days driving around. Highly recommended are the formerly German cities (especially Brasov and Sibiu). Some roads are full of holes, but if you don't drive fast where you shouldn't there's no problem at all. I wouldn't recommend spending time in Bran, it's a tiny place and there's really nothing to see besides the castle. However, there are much more beautiful castles in the surroundings. Meat soups are particularly tasty!

answered by
Meriton from Pejë

My top pick is Albania

answered by
Adina from Bucharest

I am from Romania. So my best recommendation for you would be to check this website: https://familyvacation.com/ . Here you can find top destination with an authentic experience twist. All of them are offered by locals . Hope it helps. A must see would be: Brasov, Sighișoara, villages from Transylvania, Maramureș County and much more. If you happen to be in Bucharest maybe I can help you with your visit?

answered by
Mircea from Transylvania

I recommend Casa Mosului guesthouse in the Transylvanian Alps, great location and food.

Hello, you can visit Brasovthe city is in the center of the Transylvania, it's a lovely city, with a lot of beatiful heritage like, Biserica Neagră, Cetățuia de pe Strajă, Sinagoga Beth Israel, the narrowest street in Europe Strada Sforii. From this city you can go easy to visit the nearby towns:

Bran, here you can visit - Dracula's Castle, it's a beautiful city.

If you whant to be in middle of nature, i recommend Hiking. I'll give you a link where you can book https://www.booking.com/hotel/ro/casa-le-monde . The owners are travel guides, they can help you to visit or just to give you some tips with your travel.

Romania is quite rural and the countryside is charming but the country is very diverse.  I would not miss Sighișoara in Transylvania and Peleş Castle in Sinaia but based on your interests and travel style I can make additional suggestions.