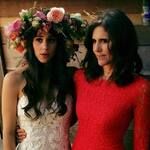 I have only four nights in Transylvania (bookended by nights in Bucharest) and am trying to figure out the best way to divide my time between Brasov, Sighisoara, and Sibiu. I will have a car but we would prefer not to be so beat that we don't feel at all relaxed. The specific question I have is, should I spend two nights in Brasov and try to do Viscri, Sighisoara and Biertan in one day? Or should I forgo spending real time in Brasov and break up the Viscri-Sighisoara-Biertan visits over two days (spending a night in Sighisoara)? These are the two potential itineraries as I'm currently imagining it, although I'm open to something completely different:

3. Spend Thursday day driving from Brasov to Sibiu with stops in Sighisoara, Viscri, and Biertan and spend Thursday night in Sibiu (is this too much for one day?)

5. Drive back to Bucharest on Saturday

2. Spend Wednesday day driving from Brasov to Sighisoara, visiting saxon villages along the way. Spend the night in Sighisoara.

5. Drive back to Bucharest on Saturday

I would suggest using Sibiu as the base from which to explore the extraordinary fortified churches of Biertan and Viscri.  You could easily visit Biertan en route for Sighisoara, and then perhaps drop into Viscri on your way to Brasov.

Sibiu and Sighisoara are probably the most heavily touristed towns, and I imagine that Sighisoara gets unpleasantly busy in peak summer season, but both are still lovely and well worth visiting. Brasov is a nice town, and if you're an animal lover, the nearby (but somewhat difficult to find) Libearation Bear Sanctuary is a must - the founder has made it her life's mission to rescue captive bears from zoos and restaurants so they can live out the rest of their lives with dignity in beautiful natural surroundings.

The towns were lovely, but from our point of view, the fortified churches were the stars of the show. There are quite a number, so you'll be spoiled for choice - our favourite was the amazing white fortified church at Viscri (the neighbouring sleepy village is also lovely) and the church at Biertan, which houses a medieval lock with an astonishingly intricate mechanism that wouldn't be out of place in a Harry Potter movie.

The countryside is just enchanting, with storks nesting on rooftops and atmospheric villages that have probably changed very little over the past couple of centuries. This is the real charm of the region, so I would resist the temptation to 'overplan' your itinerary, and instead drive semi-aimlessly, exploring whatever attractions you stumble across.  If you are visiting in summer, you will have the benefit of the long summer evenings, so I would suggest that you organise your schedule by determining the opening hours of the sites that you want to visit, and then spend the evenings exploring the countryside and soaking up the ambience of the towns and villages.

Annie
Thank you so much for all your advice! Unfortunately are leaving for Romania in just a few days (it was a very last minute trip) so we won't be able to take advantage of the transfagarsen highway (on the other hand hopefully we'll have smaller crowds in the towns). Your comments are making me wish we had way more time! other than the road from sibiu to Biertan to Sghisoara and Viscri to Brasov, were there other areas that you found little towns you loved in Transylvania? Thank you again for your advice!

Cathy
Hi Annie Glad to be of help. Even though the Transfagarasan isn't open, if that appeals, then you could still try to drive the first section of the road out of Sibiu, which will give you a taste.

The good news is that there is no wrong answer to your question - both options are wonderful.  The bad news is that you will have to choose, depending on your priorities, and given how much there is to see and do in this stunning part of the world, as you have correctly realised, you will not be able to see everything.

My first comment is that moving accommodation takes up time, and if you are trying to make the most of limited time, those couple of hours spent packing, locating your new accommodation, checking in and unpacking could be much better spent doing other things.  So I would recommend you stick with two centres rather than three - we stayed in Sibiu and Brasov which worked well.

Also bear in mind that although the distances in this part of the world are not vast, the roads can be very slow going.  The topography is rugged, and it's a very rural region, so outside of the bigger towns, the roads are not designed for speed and chances are that you'll get stuck behind a horse drawn cart or a tractor.  Anyway, it's so pretty that you'll get the best out of it if you dawdle.

I would get an early start and visit Peleş Castle en route from Sibiu.  From there, I would suggest taking a break in Curtea De Arges, the last town before the unbelievably spectacular Transfăgărășan Highway across the mountains to Sibiu.  It is a lovely little town, with lots to see - our highlights were the beautifully preserved murals in St Nikolas Church on the way into town, and the jewel box like Cathedral.

The Transfagarasan pass must be one of the most stunning drives in the world, so allow yourself several hours to drive slowly and stop to appreciate the scenery (a good excuse to pack a picnic) - the mountains are very steep, but the road is tar which is well engineered and maintained.  You don't mention when you intend to travel, but just be aware that this road is only open for about four months a year because of snow, so keep an eye out http://romaniatourism.com/travel-advisory.html#transfagarasan.  Theoretically it is open from 30 June to 30 October each year, but this depends on the weather conditions, and when visited in late June, it had opened a little earlier because the spring had been warm.  Given the amount of the snow at the top, it was obvious why - we watched a brave couple doing a wedding shoot, and the scantily clad bride looked as though she might develop hypothermia.  Note that if the pass is closed, it really means 'closed', as there are metal doors on each end of the tunnel at the top.

We also really enjoyed Sibiel, which is a pretty little village with a charming folk art museum devoted to glass painting.

Otherwise, it was just a case of following our instincts and heading down the road that looked most interesting - my favourite form of travel :)  We only had a week in Transylvania (combined with another week for the Danube Delta, the Black Sea coast and Bucharest), so we feel as though we have just scratched the surface, and would love to return soon to explore some more.

From a practical point of view, we were very pleasantly surprised by how affordable car hire was - we used www.novacarhire.com who are an Irish-based agency that deals with the big name hire companies such as Sixt and Avis.  Romanian drivers are fairly assertive, but once we were outside Bucharest, things slowed down considerably, and road conditions were generally good.