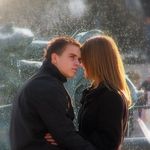 My husband and I are coming to Paris to celebrate our double graduation from business school. We are serious foodies and we can't wait to try some French restaurants. Any suggestions?

L'Avenue is a chic spot for lunch and people watching. If you can, sit on the terrace and have a lite meal and a glass of white wine. Le Stresa is the best Italian food in Paris! I always make a trip here when I'm in town. Some other favorites are Guy Savoy and Café Matisse, a little Italian gem. Hôtel Costes is one of my favorite lunch spots. You should definitely try the legendary Café de Flore and the Brasserie Lipp across the street. It makes sense that the luxurious Hôtel Plaza-Athénée is home to the culinary genius of Chef Alain Ducasse. His food is just incredible!

If you’re really serious about your dining experiences, go for Le Grand Véfour. Many consider this to be the best restaurant in Paris for a lot of reasons. Several of the booths are marked with brass plaques to commemorate the restaurant’s most famous patrons. The food is out of this world. The last time I was there I had the lobster dish and it was beyond good. I was going to try the pigeon but I chickened out! I did try the sweetbread, though! I’ve been there twice and had trouble getting reservations both times so I would definitely say you should get reservations as far in advance as possible. It’s really one of the most incredible dining experiences you could ever have anywhere in the world. Don’t miss it!

Chez Julien is one of the most gorgeous restaurants I've ever seen in my life, although it's always kind of gone back and forth as far as quality goes.

I haven't been there yet, but La Regalade on rue St.  Honore always gets excellent reviews.

It’s not too much of a splurge, but you might want to try J'Go. It’s very traditional French food with the menu almost exclusively rabbit, duck, or chicken. The food is really, really fresh and creative while still being classic. Also, and this is really, really cheap, don’t miss L'As du Falafel I promise you you will never, ever have a better falafel anywhere. The lines here are endless but that’s mostly for take-out. Sit in the restaurant to eat and you’ll eat much faster. Don’t know why—you would think it would be the opposite!i

For real French food I propose you to go to the La Fontaine de Mars. I live just beyond the street of it and go there often. This is real French food like you want. I should know, I’m French. Do you know this restaurant has been there for since 100 years?