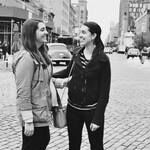 I've become really intrigued with quirky small towns and villages around the world that almost don't seem real -- like the town of Giethoorn in Holland that has canals for streets and looks like something out of a storybook.

What's the coolest/most intriguing hidden place you've ever been to/heard of? I feel like its so easy to get swept up in the bigger destinations, but small unknown spots like this one have struck a chord with me.

answered by
Björn from Munich

In case you are in Europe you should definitely visit the city Verona in Italy. Ended up in Verona more or less by coincidence at was just amazed by its beauty and charm. Maybe not a small city and not an unknown one but most likely one which can be easily overlooked.

I personally was there around Christmas-time and the Christmas market was just magic. 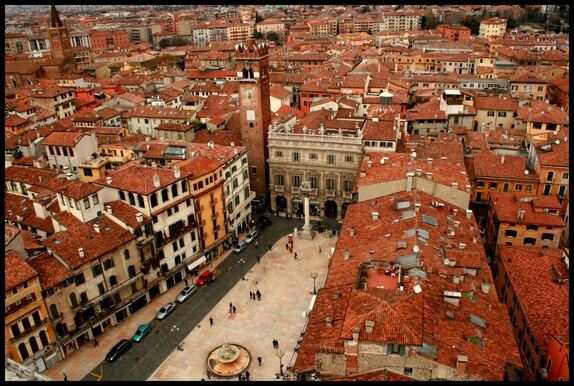 Justine
Why is there

Lauren
Thank you so much! Verona is one of the beauties of the world.

Vilnius the capital of Lithuania really surprised me and was a fantastic city! I thought it was quirky and cute and there was a lot it could offer. There were still a fair amount of tourists there but I really enjoyed this Baltic city.

answered by
Z from Los Angeles

I'd like to throw in the island of Pulau Ubin, off the northeast coast of Singapore. It's a throwback to the old way of life in Singapore (and will be incorporated into the "mainland" once the current residents pass on, so visit now!) It's an odd mix: tiny cute cafes by the ferry, old farmhouses hidden in the woods, purpose-built mountain biking trails, and an interpretive path that hangs over the water. Take a bike on the ferry to the island for the day and feel like you've been transported to another time.

answered by
Mahsa from Tehran

One of the cutest villages I have ever seen is Kandovan, the rock village, located in Sahand Rural District, in the Central District ofOsku County, East Azerbaijan. 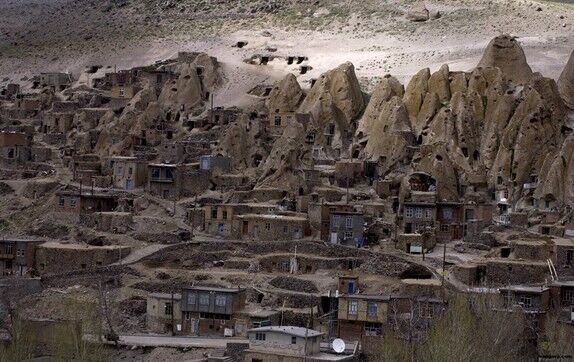 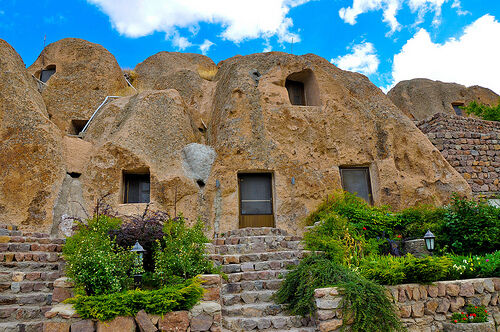 And the other one is Abyane, situated at the foot of Mt Karkas 70 km to the southeast of Kashan and 40 km to Natanz, Isfahan . 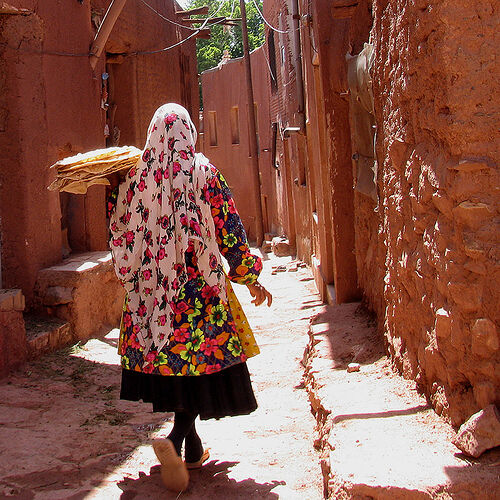 Ærøskøbing Denmark, accessible only by boat looks right out of a storybook with little houses and even tinier beach shacks. 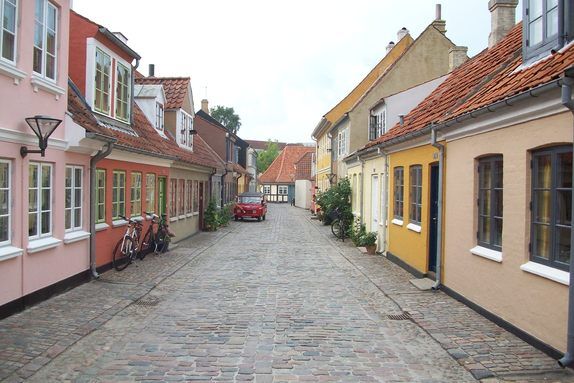 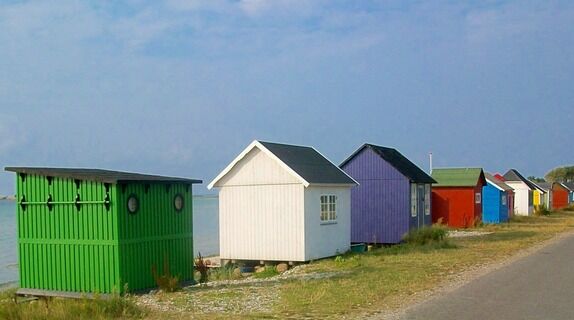 rounding out my top 5: Visby on the island of Gotland, Sweden 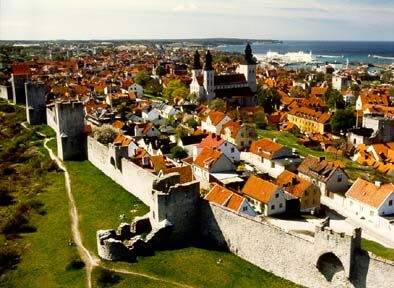 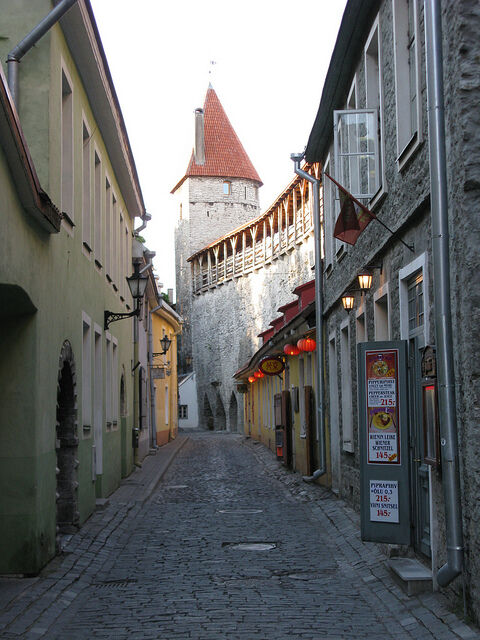 Deià on Mallorca in Spain 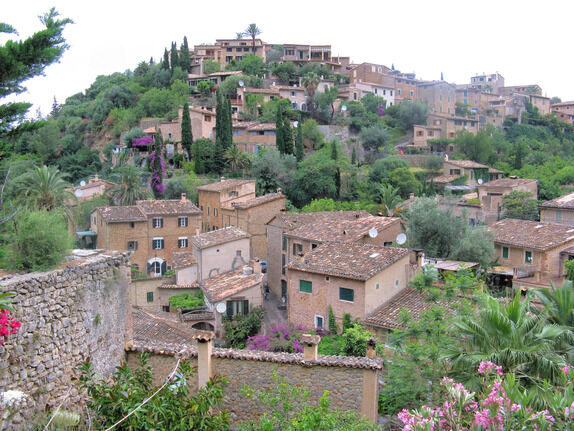 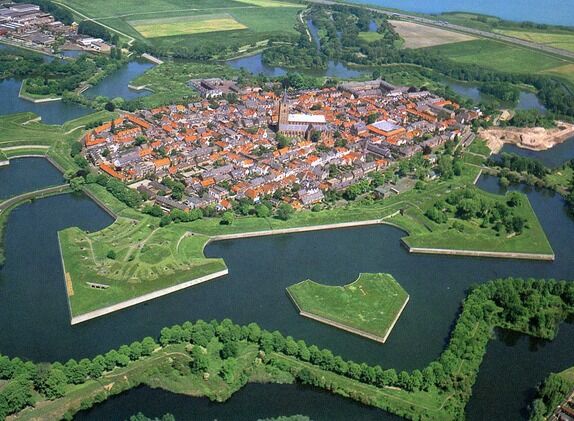 Lauren
So many great suggestions! Thank you!

rich
+1 for Tallinn. the old fort turned prison is a great place to tour there.

My son wanted to take me to Slovenia. I had really heard nothing much about it, but knew it had a sad history. It was quite close to where we were visiting, so we drove across the border to Lake Bled. I felt like I had been dropped into an enchanted world. There is a small island in the middle of the lake. Boats can take you there and drop you off for an hour and pick you up again. A castle is perched upon cliffs above the lake. the whole area is very enchanting.

I don't know if these places qualify as "quirky", but they're great, small places that leave me wondering, "Why is this place even here?  How did it manage to survive?"

Doolin; located on the west coast of Ireland south of Galway Bay in County Claire.  There's very little there; mostly pubs, hostels and B&Bs.  The surrounding landscape seems desolate, and yet Doolin has become (or perhaps always was) a crossroad for traditional Celtic musicians.  If you like traditional Irish music (and why wouldn't you?) Doolin is a must.

Zandvoort in the Netherlands.  About 30 minutes by train, west of Amsterdam, Zandvoot (literally translates to Sand Fjord) began as a medieval fishing village with out a harbor.  Toward the end of the 19th century it started to transform itself in to a seaside resort.  I was there in late April/early May and there were few people there.  That alone seemed to give it a surreal quality.  There were groups of tables and chairs with umbrellas, closer to the water than the buildings by the road.  It turn out they were serviced by an agricultural type truck, converted into a food serice vehicle.  I sat by the sea, having a nice beverage (in a glass) thinking, "This is odd. quite pleasant, but odd."

Any of several towns in the Cotswold District, Gloucestershire, England, qualify as quirky.  It boggles the mind to think they survived intact through the centuries.  At some point you can't help but wonder if somehow they aren't real, and that you've somehow stepped in a Thomas Kinkade painting.  Worth a visit are Moreton-in-Marsh, Chipping Campden, Bourton-on-the-Water, Upper Slaughter and Lower Slaughter, Blockly, and Burton on the Hill.

Morton-in-Marsh is accessible by train, and makes a good jumping-off point.  If you like to hike, there are trails connecting these and other Cotswold towns.

Lauren
Agree, it's wonderful to run into places you can hardly believe exist. Fascinating!

answered by
Yanush from San Francisco

Île de Ré - it's a secluded and small island of the coast of France. It's really magical and you can get a feel of old France there. Lots of locals.

answered by
Sophy from Paris

For me it has to be AmsterdamNot any one thing in particular it was the whole city that I found pretty amazing quirky and oh so cute... Almost romantic fairytalish.

Oh no I lie... Haleiwa in Hawaii was very quirky and cute in my opinion...

answered by
Caroline from San Francisco

Ljubljana Slovenia- While Ljubljana is gaining more popularity now, when my travel partner and I came across it several years ago while traveling thorughout Eastern Europe we had certainly never heard of it and were most impressed. Unlike some other Eastern European towns, we were met with such warmness and hospitality here. The town itself is quaint and beautiful. It's small, but buzzing at the same time. The people are so friendly and willling to help poor Americans with limited foreign language skills. There is plenty going on, but noone harassing you on the streets to buy their products. Lake Bled is just a bus ride away, and great for anything and everything outdoors or just sitting and taking in the landscape. If you're in the area, this is a place not to miss!

I'll say Reykjavik. Cool little shops for just about everything from coffee to clothing. Artistic graffiti, brightly colored buildings, turf roofs ... and the people are a ton of fun.

Lauren
Agree, Reykjavik is a place like no other!

answered by
Murat from Istanbul

Cappadocia cities are very interesting. There are fairy chimneys, rock caves, old caravanserais, old mosques and hot air ballon tours in the same city. Ürgüp, Avanos and Göreme are 3 of these cities. 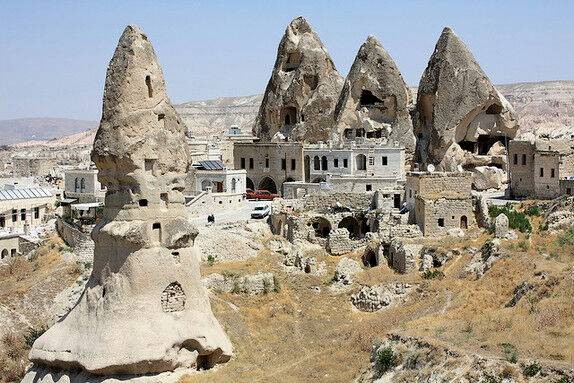 answered by
Phil from Seattle

Vang Vieng Eco Lodge Vang Vieng in Laos is one of the most dramatically stunning places I have been. The fact it takes a 5 hour drive in to the jungle adds to the mystique about the place 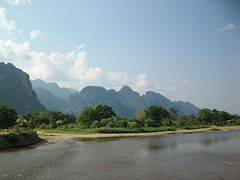 Old town Nuremberg is stunning with the medieval wall and the old castle perched at the top and all of the traditional German style buildings. 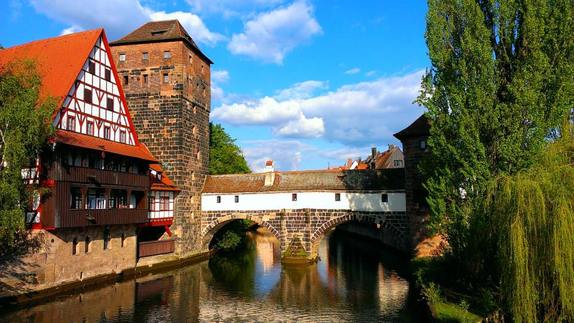 Also, pretty well all of Iceland is quirky, including the people.

I liked Dubrovnik Croatia.  Great seafood, interesting art culture and wonderful old buildings.  It's not a "stay for a week" kind of place but it's quite charming.

answered by
Courtney from San Diego

Great question and some interesting answers so far!
I'm going to have to say San Juan Chamula located in Chiapas, southern Mexico. I took a horseback ride from San Cristobal de las Casas over mostly dirt tracks. I hear there's been a lot of development since but I know the quirky Coca Cola church is still there!
Yes, Chamula is famous for a particular church without pews where locals pray in rather unorthodox circumstances. Chamulans believe they can expel evil spirits by burping. Among mirrors and unusual statues of idolatry, the quirkiest thing I've ever seen in a house of God - almost all rituals involved glass bottles of Coke. Yes, the red and white logo we all love and know; Coca-Cola was introduced to Chamula in the 60's and the Coca-Cola dealer is said to be the richest man in town. 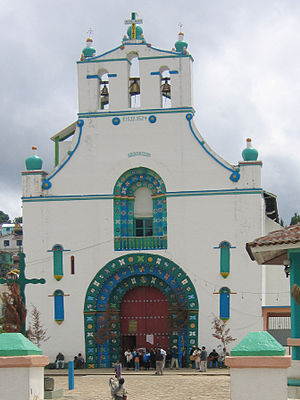 Lauren
So interesting! Thanks for sharing. 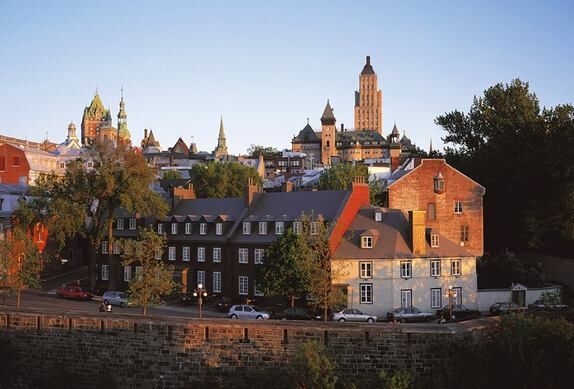 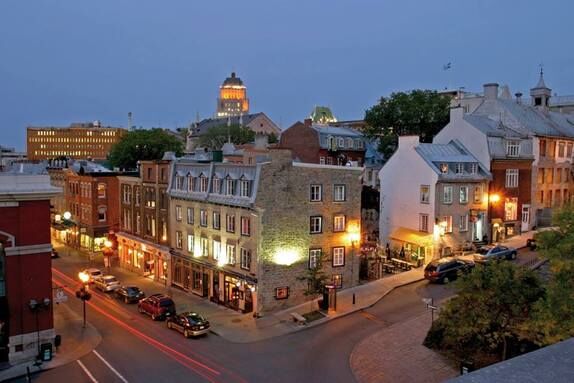 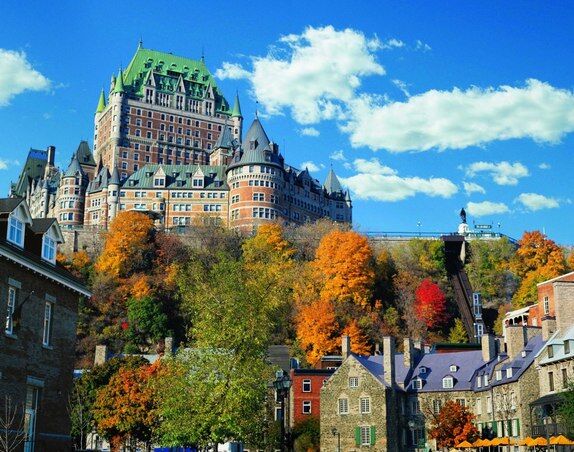 Quebec City and Fairmont Le Château Frontenac are the cutest places ever!! Saludos!!

Lauren
So cute! thanks!

answered by
Marleen from Pasadena

Leavenworth (Washington)  near Wenatchee in Washington State is just about the cutest Bavarian town you'll see outside of Germany, and for folks in the USA, you don't need a passport to visit. 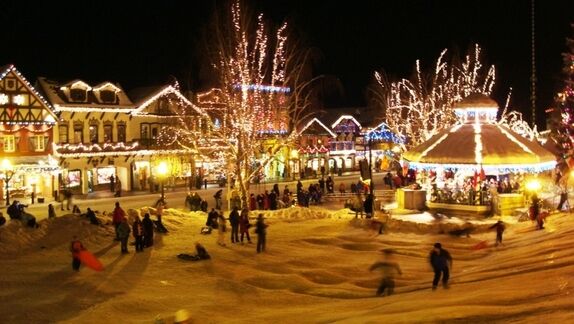 Lauren
Oh, awesome! Love to know about these domestic locations.

I didn't read this question as carefully as I should've, and I gave you a big city. So let me recommend a smaller town, and one you won't find in any of the tourism/travel guides ... Schwäbisch Hall, Germany.

Lauren
Thank you so much!

Some of my favourite little towns are Bibury and Northleach with Eastington in the Cotswolds in England. Beautiful little towns with buildings made from honey coloured Cotswold limestone and lovely little marked walkways through acres of fields. 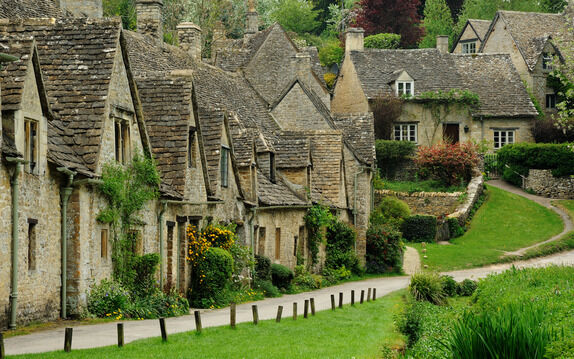 I also love Adare in Co. Limerick and Kalvsund - a lovely car-free island in the archipelago off Gothenburg Sweden. It's really beautiful and very peaceful with some gorgeous, small sandy beaches.

answered by
Kathryn from London

I love Suchitoto. It's small, has murals throughout the town, an arts center, gorgeous views of Suchitlán lake. You can try indigo dyeing. We convinced one of the street vendors to teach us to make pupusas. Many of the houses have "En esta casa queremos una vida libre de violencia hacia las mujeres" and a bird on a branch stenciled outside, as part of a movement to prevent violence against women.

Lauren
How interesting! Thank you so much.

Not a small town by any means but the blue city of Jodhpur in Rajasthan, India is one of my favorites!

Lauren
Ah, so interesting! Thank you!