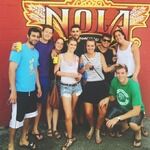 Best way to get from Pula, Croatia, to Florence, Italy

I will be traveling via train for about three weeks and one of my trips will be trying to get from Pula (town in northern Croatia) to Florence from July 14-16. I can leave anytime on the 14th and would like to get into Florence before it gets dark, or around 7pm. Where should I stop? Was looking into Ljubljana, Slovenia, or just backtracking a bit to Zagreb, Croatia for a night. I think I'll do one short trip (5-6 hours) and one overnight train, with a night spent in one city. Order of the overnight vs short trip train doesn't really matter. Want to find an interesting city, good for solo traveling, and not too expensive (Need a hostel for around $30 a night or less). Thanks! Any tips appreciated.

top answer by
Tony from Seattle

You've got so many great options, it's hard to pick.  I always try to spend less time traveling and more time AT a destination, so I'd aim nearby.

Rovinj is a good bet.  It's super pretty but a touch touristy (which can be good and bad). 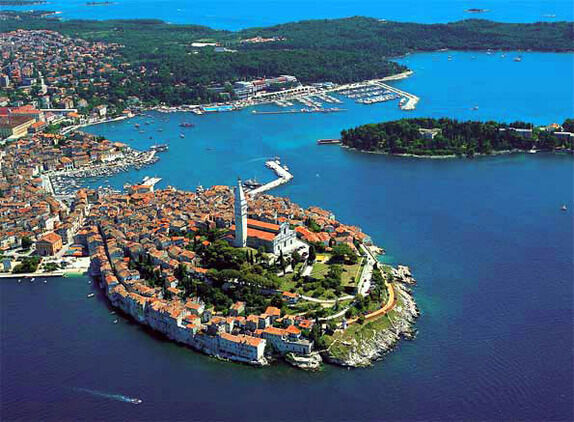 There are ferries and busses to Venice early in the morning that get you there before noon, too.  While it's challenging to find a cheap place to stay in Venice, I think it'd be great to spend a day there if you can.

I haven't been to Ljubljana, but it looks stunning and just made Lonely Planet's "Best in Europe" list at #2: http://www.lonelyplanet.com/europe/travel-tips-and-articles/lonely-planets-best-in-europe-2014

It looks pretty stunning and is probably a helluva lot cheaper than Venice. 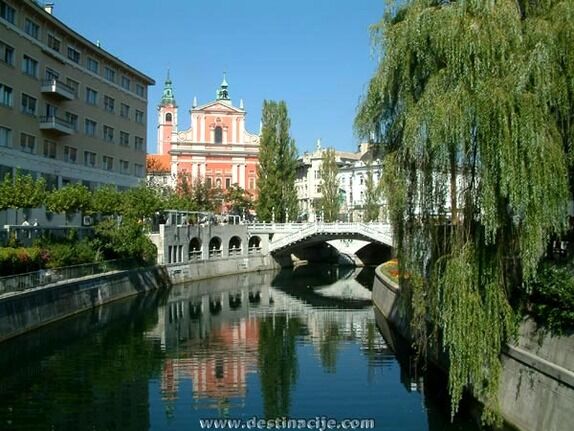 It's a bit of a haul, but one of the natural highlights of a 9 month trip for us was Plitvice Lakes National Park. 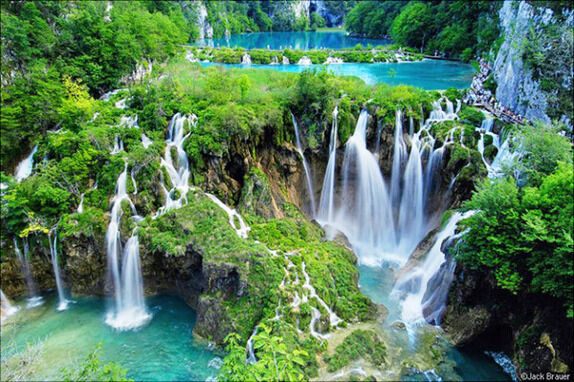 (we have a whole post on it if you end up thinking about that as an option).

answered by
Alex from London

I would imagine the most direct train route would be via Trieste, Venice and Bologna, taking you through the Veneto, Emilia Romagna and Tuscany (less than 8hrs on trains). You would have loads of great stopping points including the major cities along the way and a few less touristy gems such as Verona, Padua, Parma, Ravena, Forli , Perugia and Arezzo. Consider that Emilia Romagna is less touristy than the Veneto and Tuscany so visiting Bologna, Ferrara, Parma, Modena will be cheaper.  Moreover, this region boasts the best food in Italy (I think tied with Sicily) -- it is majorly underrated!

Your idea of going through Slovenia is also brilliant. I think Ljubljana is one of the most pleasant cities in Europe, an absolute gem... and quite economical.  You will not be disappointed for sure!

Another option is to do a ferry crossing which could be quite cool.  Venice was mentioned by Tony. There is also a connection to Ancona (a major adriatic ferry port) via Zadar or Split (I think) which would allow you to track back through Plitvice Lakes before leaving Croatia. Ancona is near San Marino, in the tiny Marche province of Italy. I love this region, it is as stunning as Tuscany and Umbria but much less crowded and the city of Urbino  (the regional crown jewel) is another excellent day trip option http://www.aforkinlondon.com/post/73207590396/umbria. From Marche, it is easy to connect to the rest of Italy via Rimini.

In short, you are spoiled for choice, really ;)

One last tip, in case you haven't heard of it yet, there is a great website called Rome 2 Rio that maps out transport options between your destinations. It may  ame in handy?