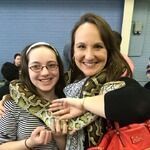 What should I do/see/eat in and around Providence in 48-72 hours?

I'll have a car.  Should I see Boston and/or Cape Cod while there?  Is there enough time to do anything meaningful?

You need to eat at north. I went right after it opened and it was New York quality with Providence warmth. But hurry because the Boston Globe just wrote about it, so hoardes of weekenders will be there any second!

As for Boston, I'm not really a fan, unless I'm at Fenway Park, but nearby Henrietta's Table that I have drive 3.5 hours from New York just to dine at. Locally sourced ingredients and very knowledgable staff.

answered by
Sarah Harju from Massachusetts

You should call brand new venue "Experience Rhode Island" tours. They have reasonably priced tours through Federal Hill, Newport and they have this great "Dine around Providence" experience where you go to three top restaurants for appetizer/drinks, main course and dessert.  http://www.riexperience.com/

answered by
Andrew from Manhattan Beach

Unfortunately, it's been a while since I've been back there, but I think it's worth spending a little time around the  Brown University Main Green campus as well as The RISD Museum of Art.  I think all college towns start to blend together after a bit, but  Thayer Street still has some unique charm.   Prospect Terrace Park is tiny, but it has a great view of downtown Providence which has one of the better State Capital buildings as well as the art decco  Bank Of America which is often referred to as the Superman Building because of its resemblence to the 1950's comic book.

If you're into "old money", you should defintely drive out to  Newport and check out some of the amazing mansions which are part of the Preservation Society.

If you're going to be in Providence, it's worth spending some time to soak up a bit of Rhode Island.  Boston and New York will still be there next time.

I would definitely go to Newport.  Just the trip over the Bridges is magical. There are so many restaurants right off the wharf with amazing views and they won't be as crowded in the winter.  The Mooring Seafood Kitchen & Bar is one idea (fireplaces, tables with views).  I'd bundle up and do the Cliff Walk... that way you can see the mansions and the gorgeous water views.  One place I love to eat is Flo's Clam Shackin Middletown (right by Newport), make sure you sit on the second floor for views.  If you're ever there in the summer, Sweet Berry Farm cannot be beat for their summer concert series.

answered by
Ted from Providence

Check the schedule for WaterFire Providence at Waterfire.org, an awesome immersion arts event where braziers for fire dot the Providence River accompanied by music piped thru WaterPlace Park & River Walk and street performers along the route.

answered by
david from Providence

Al Forno Restaurant is pricey but excellent.  It has it's own parking lot immediately behind the place, no charge.  Food and service are first rate and I mean first rate. They do pizza and so much more.

answered by
Kasai from Pereira, Risaralda

When in Providence, check out WaterPlace Park Then if you want something to eat that is amazing and you're a fan of burritos, check out Baja's Tex Mex Grill Want more scenery  and exploration head over to India Point Park Since you will be close by go head out to the Gano Park where you can walk out and climb the seekonk river bridge. If you are into theater, the Providence Performing Arts Center has a lot of good plays. Don't forget to hit up Prospect Terrace Park there is an amazing view of the city there. If you're into Rock climbing Rock Spot Climbing is an awesome place and very close. Near there is also Lincoln Woods State Park where you can, boulder, Mountain bike sweet trails, trail run, and explore the forest. Another good place to eat if you like cheap, really great Asian cuisine Asia Grille If your heading up in the summer the East Bay Bikepath is really nice to take. For the summer also Misquamicut State Beach is so beautiful, the water is clear and blue and there is a beautiful beach. If you are into stars and astronomy and come to RI on a Friday, check out Frosty Drew Observatory & Sky Theater . Also another awesome place to eat Iggy's Doughboys & Chowder House Rhode Island summed up in one place. Last but not least, hell ya! Go up to Boston its only a 30 to 40 min drive from Providence! Hope this helped! 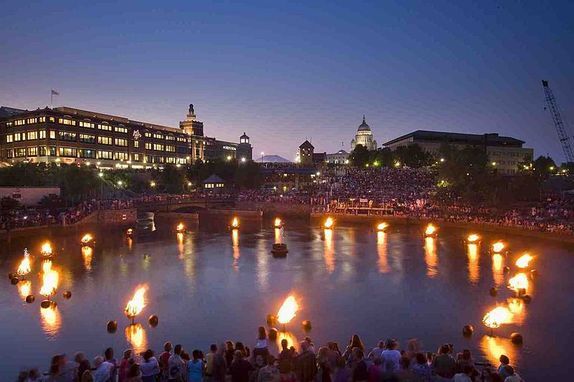 answered by
Emily from Venice Beach

Have a drink at The Eddy or the newly opened The Dean! Dean is an eclectic, collegiate style hotel that pays homage to Providence  - rooms are stylish and affordable. Hotel lobby is a nice spot, with Bolt Coffee Company - also a The Boombox at The Dean Hoteland beerhaus Faust Hofbrauhausall within the hotel!

answered by
Sam from Brooklyn

Boston isn't a bad drive for a day trip, but try to time it to avoid rush hour! While in Providence, check out  Thayer Street for food and drinks, and walk around the quiet streets of  College Hill. Head downtown for a bit — the Red Fez is a good bar — you can see it all in a few hours.