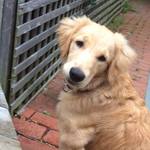 Traveling to Positano in early April with group of senior women:  Looking for a hotel with a view not too high up, limited walking ability! Thought maybe we should take the bus into Positano, and take ferry back to Naples to eventually end up in Rome! Please advise!  Money is not a big issue!

answered by
Judy from Marblehead

I recommend  It is beach level, is next to the dock where you catch boats to Capri and SorrentoCapri and Sorrento, has elevators, ocean views, a pool if warm enough, and is a short walk to shops and restaurants.

If your group has limited walking ability I'd advise you to find a hotel in central Positano near to the coast road.That's where the bus stops (obviously): there are two stops, one on each side of the sort of 'inlet' on which Positano is built. The part of the town which runs down from the road to the sea is pretty steep and, in parts, it's stepped as well.

Positano only has a small dock. In the past, coastal ferries from Naples along the Amalfi Coast only ran during the summer months. The only ferry I can find which serves Positano in April runs to and from Salerno, from where you could, if you wished, take the train to Naples.

Train times, details and fares in English on the official Italian railway website:

Personally, I think it would be more sensible to take the bus to Sorrento and then either the ferry or the cheap, frequent Circumvesuviana commuter train from there to Naples.

There are year-round ferries Naples>Sorrento:

I imagine you're travelling to Rome by train? It's worth being aware that Molo Beverello, where the ferries and hydrofoils dock in Naples, is quite some distance (and uphill) from Napoli Centrale railway station: you'll certainly need to either take a taxi or the Metro.  It might be better, therefore, to take the Circumvesuviana train direct from Sorrento to Napoli Garibaldi station. Napoli Garibaldi is linked to Napoli Centrale: it's just a matter or walking up a short flight of steps and then along the concourse (it's all under cover).