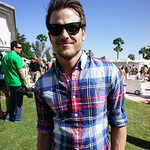 What are the best breweries for craft beer in Portland?

So I know Portland is a big place for craft beers. What breweries can't I miss? Looking for a place with where I can do beer tastings in a chill environment. I'll brave crowds if a place is worth it, though.

I like Green Dragon Bistro and Pub a lot. It's not a brewery, so you'll find selections from all over the region ... and many of them are hard to find. I didn't get a chance to try the Tugboat Brewing Company, but I really wanted to.

There's also the usual suspects, like Rogue Ales Public House. And McMenamins pubs are ubiquitous. But I only find their beer so-so.

But the absolutely best beer I found in Oregon was a few hours away in Astoria - Fort George Brewery. Astounding stuff like barrel-aged strong ales and a spruce beer that was out-of-control tasty.

Drew
These sound solid. Thank you!

Tracy
I LOVED the Fort George Brewery! I was on a river boat with a LOT of people not-my-age, and snuck off for part of the afternoon and found myself there. Astoria itself is worth a visit, not just for the beer (for the beautiful sailor men, too...)

BridgePort BrewPub is a huge brewery in a cool part of town, they have some great tastings. Widmer Brothers Brewing Company is the best, but can be a bit busy. Some secret spots that aren't as popular but just as awesome are Breakside Brewery or Migration Brewing Co.

Drew
Thanks so much, Blair! I'll have to check out BridgePort and Widmer Bros!

answered by
J from Portland

You should definitely go to APEX. They have a great selection of beer.

answered by
Carly from Wisconsin

here are some articles with locations to help with the best brewery/ tap rooms in Portland.