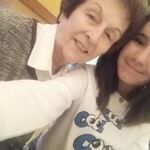 Points of interest for an 8yr old and 13 yr old.

I'd recommend starting out by taking the coastal route instead of the boring I-5.  In greater L.A., kids love Universal Studios Hollywood, Six Flags Magic Mountain and Knotts Berry Farm.  I wouldn't bother with the grossly overpriced and commercialised Disneyland - it just doesn't send the best message to kids about the value of money and limiting the power of advertising and commercialism.  The Natural History Museum of Los Angeles County is great for kids, although your 13 year old might think it's a bit young for him/her.  The Museum of Tolerance is good for all ages, although with an 8 year old I'd recommend a guided tour by a docent who is trained to explain the exhibits in an age appropriate way.

The California missions make a great history lesson.  Mission Santa Barbara is beautiful, and La Purisima Mission State Historic Park in Lompoc is great for kids because the grounds are huge, there are hiking trails and tame animals roam the grounds and love to play with people.  Hearst Castle is a bit of a tourist trap, but it makes a good visit for the family.

Monterey is a great area for the family.  Cannery Row and Monterey Bay Aquarium make great stops for the kids.

Although San Francisco is generally not a city for kids, Alcatraz is one of the coolest attractions in town for all ages. It's also fun to putter around Chinatown San Francisco and explore the shops and have some good authentic dim sum.  I'd give the touristy Pier 39 and Fisherman's Wharf a miss.

There isn't much between Sacramento and the Oregon border, but in central Oregon Crater Lake National Park is absolutely breathtaking and has to be seen to be believed.  You can boat, jet-ski and even scuba dive on the lake.