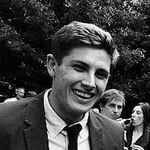 Going to Portland with 6 friends (mid 20s) for 4 or 5 days and looking for a hotel or Airbnb but not sure what neighborhood would be best.  Would like a neighborhood with bars / restaurants within walking distance but access to see other parts of the city and surrounding area.

top answer by
Jeff from Portland

There are three main areas in Portland that match your criteria, it depends on what exactly you are looking for in vibe, mid 20s. The good thing is that Portland is easy to get around on public transit or a cab costs you pretty much $10-20 anywhere in the core. Here are the top four areas in my opinion:

Alberta Arts District - More of a hipster area, but draws a great crowd. If you are here on the last Thursday of the month (until October) Last Thursday on Alberta is a sight to be seen. A few great places to drink and/or eat are The Bye and Bye, CRUZROOM, Radio Room, Pine State Biscuits Alberta, BUNK Sandwiches Alleyway Bar

N Mississippi Ave - A blend of hipster and Yuppie. A lot of single people hang out here and it is anchored by a handful of good bars Prost!, Interurban Sidecar 11 and Mississippi Studios and Bar Bar. There are a couple breweries at the end of the block StormBreaker Brewing and Ecliptic Brewing

Nob Hill - More of a college/ <30 crowd. A little more refined, and established but still plenty of good deals on cheap beer. Typically going to have a more singles vibe to this area. If you are here on the First Thursday of the month, the Pearl District has a lot going on with the aptly named First Thursday.

I would say that Nob Hill (1) and Mississippi (2) are probably the most common areas mid 20s stay, but it totally comes down to preference of what you are looking for/to do.

If you give me a sense of the vibe and what you want to do, I can narrow it down further

Inner eastside.  NE, SE, or North Portland. Hawthorne Strip, N Alberta St, SE Division St, SE Clinton St, N Vancouver Ave/Williams St Market, or N Mississippi Ave are all streets that you should look around.  All of them are walkable and near good bike paths, as well as access to downtown via bus or max train.  Try to stay inside 40th or so for best walking.  If it lines up, I highly recommend getting tickets to a Timbers game, even if you're not that into soccer.

answered by
Eva from San Francisco

The trick is going to be staying relatively "close-in"––Portland-speak for closer to the Willamette River. There are plenty of neighborhoods that fit your general requirements, and a lot depends on your preferred mode of transport beyond the immediate walking-distance area. Portland has good public transit, so just do some homework on how far your hotel/Airbnb is from a major transit line (bus or streetcar).

Some neighborhood commercial centers to consider:

Honestly, there are lots of other areas that would be great, and an Airbnb host will be able to tell you how close the nearest bars, cafés, shops, restaurants, etc. are. If you're going to rent bikes, the city is your oyster. If you're using public transit, ideally you won't have to transfer between lines to get to the other areas you think you'll want to go.

(Also, a protip: you may not want to stay on a commercial street with a lot of bars nearby. I used to live on SE Belmont at 35th, and every weekend at 2am we would be woken by all the drunk patrons teeming out of the bars as they closed.)