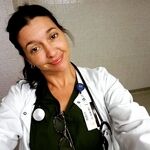 Can someone recommend a good road trip itinerary to the coast of Oregon?

3 of us are going to drive from Memphis, TN to the coast of Oregon and I need a great travel itinerary for the drive.

You don't say how long you have to get from Memphis to the Oregon Coast Aquarium  But I'm going to assume, since you say that you want an itinerary that you don't want to just drive straight through.  So I would start out by going through Little Rock to Hot Springs  And then you can go straight through to Albuquerque the Grand Canyon National Park and to Las Vegas  (or you could detour up to Colorado Springs or down to Dallas)  Then from Vegas up to Death Valley and up the central valley of California through Lassen National Forest and over to the coastal highway.

answered by
Jerry from Edmonton

All routes are wonderful and have many sights to see. My favorite was following the Oregon trail we spent a week following the trail west from Kansas City (Missouri) from the low plains to the high plains of Nebraska and through the mountain passes of Wyoming, to Utah. Then it's an easy loop through to Portland. I also enjoyed the Kit Carson route through Texas, Arizona and California as well as the Lewis and Clark route through the Dakotas.

l go up to and take I-90W across to Seattle, then go down 5 to Sacramento, and take I-80E back, that is if you are driving. It takes 36 driving hours, at least, one way. Off of 5 you can take road trips to the coast. l drove I-80W by myself to Utah from Chicago and it took me 36 hours, with 4 hours of sleep. Bon Voyage.

I know this advice is a little late.  And I'm not sure how long you have.

For the Central coast like near Newport (Oregon) you could visit Yellowstone National Park/Grand Teton National Park/Jackson (Idaho) area, Boise, Bend Oregon and then Newport.

If you were interested in the northern coast like near Cannon Beach instead of going to Bend you could branch off and go to Hood River, Portland, Astoria en Route .  If you like wineries you could take a short detour to Walla Walla on the way, or even stop in the Willamette Valley SW of Portland.

Wendy
Thank you very much for that info. No not too late, this is a trip I'm planning with my older kids and we are taking our time to go, hoping to go and have it ready by fall