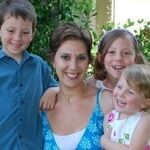 Taking my kids on a historical trip to Philadelphia? Where do I start?

I'd like to show my kids some history while in Philly. I'm not too familiar with the area - does anyone have tips and recommendations on seeing the historical parts of the city?

top answer by
Lissa from Boston

Hi Avery, I live near Philadelphia now. For the historical places, start at Independence Visitor Center. It is where all of the main historical attractions are and they'll have all of your tickets and information for the The Liberty Bell, Independence Mall, National Constitution Center and the Betsy Ross House. For a fun historical meal, try the City Tavern, where the servers are in 18th century costume and they have dishes from back in the day. With kids, you'll also want to visit the Please Touch Museum. It's a children's museum and its housed in a building from the World's Fair. In the basement they have a great exhibit on the World's Fair and the city. Near this museum is also the Philadelphia Zoo and the Philadelphia Museum of Art - they have a Rocky Statue outside that the kids can take a picture with after they run up the stairs like Rocky! Not historical, but fun!

Avery
Thank you so much, Lissa! These sound like great ideas for the kiddos!

You should check out Independence Mall on 6th and market and the liberty bell right across the street. That whole area has lots of historic sites and there is a visitors center that will provide you all the info you need. You should also look into taking a trolley tour which takes you around the whole city. Stops at the Fairmount with the famous rocky steps and the The Franklin Institute which is really fun for kids. Old City has all the cobble stone and great places to eat. Hope this helps!

Debbie
Great ideas, Rachel -- thanks for sharing! By the way, I'm a community manager here and I've helped you highlight the places in your answer on a map! In the future, you can do this yourself as you answer a question by simply typing the @-symbol followed by the name of the place. Take a look at your map next to your answer! :)

Rachel
Thanks for the tip!!

Debbie
Of course! Looking forward to seeing you around Trippy! :)

Hi there, Historic Philadelphia is in Old City. I would recommend taking the hop on hop off bus which takes you to all the top spots in the city. You can get on and off the bus anywhere you like. The bus originates in the center of old city near the The Liberty Bell, National Constitution Center and all that historic stuff you want to see. You can usually get a good deal on Groupon or one of those social sites. Goldstar is also a good one which gives you events happening in the city day by day offering discounted tickets.

The bus is fun and a great way to see the city. It takes you to the Art Museum area which is a must, local streets that are fun to walk, the zoo, both rivers, etc.

Philly has a lot of great restaurants so make sure to explore the culinary aspects of the city.

Good luck and have fun, Leslie

Leslie
The bus takes you to the places mentioned in Lissa's post.

Debbie
Great ideas, Leslie! Thanks for sharing! By the way, I'm a community manager here and I've helped you highlight the places in your answer on a map! In the future, you can do this yourself as you answer a question by simply typing the @-symbol followed by the name of the place. Take a look at your map next to your answer! :)

Avery
Thank you so much, Leslie! I've had fun on hop on hop off buses and other cities, so I'll definitely look into this!

answered by
Em from Durango 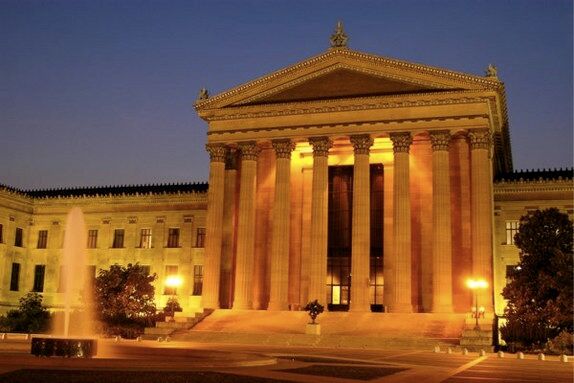 Philadelphia is an easily walked city, which is great for checking out the historic sites as well as some funky street art and other adventures. I used to lie in the Rittenhouse Square area in Center City and grew up outside of the city limits. Rittenhouse is beautiful and a good place to browse about and take in some of the famous brown brick and Victorian architecture. I worked at a bakery nearby--Nook Bakery & Coffee Bar--which is really yummy and cozy. From there, you can take a bus or the trolley to Independence Mall and explore the city buildings. You can walk up Walnut Street from there and be greeted by historic sites right there on the road. There are "Walk Philly" signs up all over Center City to help you navigate. You'll be heading down the number streets toward 5th-2nd, which is considered "Old City." There, you'll find historic museums, restored buildings like the Betsy Ross House, good food and shopping. It's worth popping into The Franklin Fountain for some yummy ice cream and loads of Ben Franklin paraphernalia.

If you get a chance to head in the opposite direction toward the Philadelphia Museum of Art, you can visit the beautiful public library on the parkway, the famed Rocky stairs, Fairmount Park, Kelly Drive, and Boathouse Row. It should be really beautiful if you are going in the Fall.

Hope this is helpful! It's making me a little homesick writing it. Enjoy your adventure!

Avery
Thank you for sharing your hometown with me, Em! This is great! Hope you get to visit soon :)

answered by
Scott from Philadelphia

Start with Independence Mall. Its located in old downtown Philadelphia. There are many historical spots all located in a few blocks.

answered by
David from Charlestown Township

Philadelphia is probably the most historic cities in the United States.  It was the capitol for several years and is where all the founding documents were written, ratified, and signed.  There is a great visitors center that will have all the info on the traditional tourist attractions:  The Liberty Bell (unfortunately inside now), Independence Hall, Elfreth's Alley, Betsy Ross House, etc.

If you have time be sure to visit Valley Forge.  Philadelphia was the largest, most important, and most significant city in the country in the late 18th century.  As such-- with the fall of New York, General Washington's task to protect Philadelphia was paramount.  I'm sure you know about the famous winter in Valley Forge--chosen because of it's proximity and strategic location.

Also significant (if you care about industry) Philadelphia was the home of Philcom and Philadelphia History Museum.  The Atwater Kent factory (the largest in the world when it was completed in 1926) is still in use in Hunting Park--but not making radios anymore.  Philco plants I and II are torn down and Kensington "ain't what it used to be."  LOL  but many visitors that I've spoken to didn't even know that the most famous (and at one time largest) radio manufacturer in the world was here in Philadelphia.

I hope you have a wonderful time visiting our beautiful city!