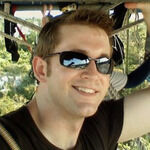 Passport stamps...good idea or no?

Have been informed by a few travelers that it is unwise to get my passport stamped in some countries because if they see you got stamped while in some rival state, they may not let you through customs. Heard this can be especially true with some Middle Eastern countries. As such, I've just been requesting a stamp on a slip of paper when I travel instead of my actual passport. The only stamps I have are from US customs upon re-entry.

Is this a good or bad idea?

Are there countries where this should be applicable to more so than others?

top answer by
Daniel from Gangnam-gu

The only situation where this is really required is when entering Israel. The following countries will not let you enter the country if you have an Israeli stamp in your passport:

Note that you can visit these countries first, then enter Israel. Immigration will give you a hard time to be sure, but they will not refuse you entry on the grounds of having visited these countries.

All that being said, there's really no reason for avoiding passport stamps anywhere else than Israel. An empty passport with only return stamps to the U.S. would automatically appear suspicious to Immigration officials everywhere, and will cause more complications than they are worth. Also, some Immigration officials might either make life complicated for you if you ask for a stamp on a separate sheet, or refuse to recognize the validity of said stamps when it comes time to verify that you have not overstayed your visa.

Oskar
You can in fact travel to Pakistan and Kurdish part of Iraq (not the southern part) with a stamp. I have done so myself (not with the actual stamp as they don't give it anymore but with clear border crossing traces) without issues.

answered by
Ana from Seattle

Just came back from Israel and they give you a stamped visa in the form of a tiny blue paper with your picture on it. Due to the issues with other countries they no longer stamp your passport.  DO NOT TOSS this tiny piece of paper it is in fact your permit to be in the country. The car rental, hotels all ask for it when you check in along with your passport.

answered first by
Mickey from Munich

The only situation where I've seen this is Israel.....some states do not recognize Israel, and as a result, will refuse entry to former Israeli visitors. The Israeli passport controllers know this though, and will ask you if you want it on a paper.

Other than that - I think its probably a waste of time, unless you happen to be travelling to a contested state, or an unrecognized one. (which is unlikely unless you are an NGO, an arms dealer, or otherwise unusual)

answered by
Oskar from Ekenäs, Finland

From a personal experience, the stamps from the Middle East is not an issue. Israel and Armenia, as mentioned before, are the only exceptions I know of.

I carry stamps from all the Middle Eastern countries (except for Israel, Syria and Saudi), as well as Pakistan and Afghanistan, and it's not been a problem. I usually get called in for "interrogations" at customs in countries such as Israel, Uzbekistan and the US, but after 1-3h (Israel was the longest with 3h) they have always let me through.

In Israels case, you can't even travel to Iran or Lebanon if you have traces of the neighbouring border crossings. They are very much aware of the names and will look for them. Lebanon looked at every stamp in my passport when I was entering but I used two passports to avoid problems. They even asked me in which order I had visited the countries so they could compare the dates. I had a 2 month gap while I was using my secondary passport, but they didn't care to ask. Guess it might have been more suspicious if it was less time. While in Iran I also met people whose cameras were checked (most likely for Israel) at the airport in Tehran.

For people not from the US, it's worth noting that if you're entering the country using the Visa Waiver Program, you're also waiving your right for review or appeal of the officers decision. And he does have the right to refuse your entry. But at least least they let me through.

To be realistic, in the case of entering US or Israel with stamps from the Middle East, your home country probably plays a bigger role than we'd like to admit.

JL
How does one get multiple passports?

Oskar
@JL E. Depends on your nationality really. For the Finnish passport there's a clause in our law that states: "If a country has marked your passport in a way that prevents you from traveling to another country, you are entitled to a secondary passport". I got by quoting that and saying I was on my way to Israel. I've also met other Europeans who got it without questions asked. Although I heard it was impossible for Americans (not really a solid reference though).
comments (2)
likes (2) thanks

answered by
Maria from Bulgaria

Having a few passports, ideally one for each country is the best :)

I am not avoiding stamps but I am not asking for them. Israel is not the one and only. Azerbaijan and Armenia are neighbors but can refuse letting you in if you have stamp from the other country. (Can - not necessarily but possible.) Brand new passport works best when you have to clear a stamp but it is not always possible, economically or logistically reasonable solution for such geo political situations.

answered by
Murat from Istanbul

That's true, you cannot enter most of the Arab countries with Israeli visa or they create problems. However, in Turkey, you don't need to have a stamp in your passport. You can take an online visa.

answered by
Sebastian from Charlotte

I actually differ a bit with the other answers.  In my own experience, the fewer stamps you have, the less trouble you get when uncertain circumstances happen (and you do not have to be an arms dealer for this to happen).  I agree that the Middle East is the most obvious region where this is problematic, but it is not only because Arab countries do not recognize Israeli passports or visas (this depends on the country and the diplomatic situation).  Sometime the most trouble has been re-entering the US, even with a US passport!  And I have had friends that can vouch for this.  Stamps from certain places (even if they have roles as researchers, filmmakers, etc.) will get them stopped, questioned, searched.  My own advice, is to avoid the stamps when possible.  I know there are people that collect them (and I used to be one), and I definitely would not obsess about avoiding them, but I would not ask for them.  If there is something they really need to know about you, they will know,  stamps draw unwanted attention.  Even simple situations like traveling/living somewhere that then has a diplomatic row with another question or end up having economic trouble can make getting through the line an unnecessary hassle.

I think people that don't encounter these problems are fortunate, but your situation really depends on the passport you hold.

answered by
Mahsa from Tehran

You are right. According to Iran visa policy Israeli passport holders will not get a visa. If you’ve got an Israeli entry stamp, you may be refused entry to Iran, too. You can find out more about Iran visa policy @ https://goo.gl/Lj7VBY

answered by
Rick from Hanceville, Alabama

I think avoiding it is a really bad idea that may cause you big problems.  When your passport is reviewed and there is not a continuum of entries and exits, it is a problem.  The first think immigration thinks is that you are a drug transporter, money launderer, or a multitude of other things.  By looking at your passport, they know you had to cross illegally and that is the best case scenario. Not worth the risk. You actually end up causing a problem that you intend to avoid.

answered by
Lauren from Denver, Colorado

I know that this is true for some countries- like Indonesia, with an Israeli stamp. Not sure of others though...

answered by
C. Margaret from Edinburgh

Makes no difference if your passport is stamped or not. It comes up on their screen everywhere you have been and the dates.

Joshua
That should only be for country of passport issuance.
comments (1)

Sometimes I don't think you get an option. I know when I travel a lot of people at passport control like to check the stamp from when I entered.