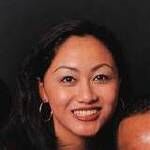 What are the 10 things I'll be kicking myself if I don't see?

I'm taking a much-anticipated solo trip to Paris next month and I am so excited!!! I'll only be there for four days so I need to really plan carefully. I'm not a big shopper so I don't need to see stores and I don't want to spend a lot of time at restaurants. I'd much rather see a really beautiful park or even something like a beautiful bridge or a great museum. I'm OK with anything touristy as long as it's really worth it. I realize there's only so much you can see in four days, but I'd love to come home feeling as if I'd really seen the best of the best!

answered first by
Terry from Sarasota
Four days is a tight schedule, for such a beautiful & large city as Paris, but what you want to do can be done if you plan carefully.
One of the largest parks in Paris, is the Bois de Boulogne, it is several blocks southwest of the Champs-Élysées, which makes it Metro accessible.  And by the way, be sure to obtain a Metro multiday pass for yourself, as the Metro is the ONLY way to get around Paris.  Also note that parks in Europe, tend to be "passive" and walkable, so don't plan on seeing US style "attractions" there.
Another must see if Montmartre, it is Metro accessible, and it is an absolutely beautiful location and church, with incredible views of Paris.
Of the many things that one must see in Paris, you're going to find that the Eiffel Tower is consistently crowded and busy - so if you want to see it, you would have to get there very early in the morning or it will get crowded quickly.  I personally would vote for a visit to Versailles, which is not only a beautiful grounds, the buildings and tours therein, are amazing.
The Musée du Louvre and Notre Dame View, are but a few blocks apart, and represent another set of must-see locations.
If you have laid out a good schedule with the above, you have probably now consumed 3 full days, and are wondering what to do & see on that fourth and final day right?  Let me suggest a day trip to see Monet's Garden located at Fondation Monet in Giverny.  Several of the Metro lines will bring you to a TGV station which you need to travel out to Giverny.  This is a beautiful village, and a quick bus ride to Monet's Garden will top off that day.
Remember that if you go in the summer time, that everything in and around the Île de la Cité will tourist packed and will remain that way the entire day.  Also remember that the Metro is one of the largest lines in the world, and goes to just about every location in Paris that you will want to visit.  Plan your "must-see" spots around Metro stops, and you will not waste time traveling.
If anything above I've described doesn't float your boat, consider a trip to the Paris Catacombs - Long Line.  This is a truly unique experience, but be sure to book your tour there from the US via the Internet, as the lines are long to visit this attraction, and you don't want to stand in line just to be told that there is no room for you to go today!
Have fun, and enjoy the coffee shops, they are everywhere and the coffee there is superb!

Josie
Wow! Thank you so much Terry. I'll enjoy a coffee for you!

All of the other answers are fabulous as they definitely cover all of the sights! However, what's a trip to Paris without french pastries? I can guarantee that you will regret not getting macaroons from Ladurée. I highly recommend getting their box of 6- the exotic range of flavors to choose from make it almost impossible to make a decision (think African chocolate, salted caramel, Madagascar vanilla, rasberry cream). They have another fantastic pastry that many tourists overlook as they are unfamiliar with French baking- it's called a 'St. Honore'. It is by far the most mind-blowing treat I've ever had. I hope this satisfies your sweet tooth!

Josie
Macarons? Got it!!! Thank you for the tip Carina!

answered by
Anna from Santa Monica

You're so lucky! If it's your first time visiting, I recommend spending all of your time in the city because there is so much to see. Day trips are great (Giverny and Versailles), but only valuable if you've already been to Paris or are staying for longer than five days.

Here's my list of top things to do/see in Paris - mostly strolling around neighborhoods, museums, and parks.

Josie
Amazing! I don't think I'll have time for a day trip this time around, but definitely next time! A Parisian picnic sounds so good. Thank you Anna!

answered by
William from Paris

Hi Josie, in my personal opinion you should take a look to these great places:

answered by
Katharine from Avalon

I love Paris this time of year! Make sure you brings layers, it can get quite cold (it snowed when I was there last March). 4 days is quick so I would definitely stay in Paris. I love renting an apartment on Ile Saint-Louis It's in the heart of the city and you can practically walk everywhere! It also has the Notre Dame View, wine, cheese, bread, macarons, Berthillon... all in one convenient location! Some places worth seeing:

For me the best part of Paris is walking. You can't get lost if you can find your way back to La Seine!

Josie
I did not know it would be snowing all the way through March! This is very good to know! Thank you for all your suggestions Katharine. I plan on doing as much walking as I can!

First of all, you're going to have blast! It's really, really hard to say what the top ten things are but here are my suggestions:

The first place I would go is the  Marais District. It's an incredibly lively, always bustling area with endless people-watching, a couple of great museums (including one of my favorites,  Musée Carnavalet which is about Paris itself and free to boot), and a fabulous nightlife. It's also a great place to go on a Sunday because everything is open in that area and that's not always true of most of the neighborhoods of Paris. The area square,  Place des Vosges, is a great place for a stroll--full of art galleries and people playing classical music.

I think I would also put the  Palais Royal on that list. It's a stunning, serene little park/arcade that seems to attract more locals than tourists. When I lived there I would often take an early evening stroll there every night. The boutiques in arcade are lovely, too, although I know you said you're not that into shopping.

If you like outdoor spaces, I would definitely not miss the  Jardin des Tuileries. To say that it's stunning doesn't do it justice, and if you do a little reading about it, it has a pretty exciting history, too. I've often gone there and just stopped in my tracks to take it all in.

I agree that the  Musée du Louvre is well worth seeing, but it's not my favorite museum in Paris--for me, that's the  Musée d'Orsay. For my money, they often have the most interesting exhibits and even permanent collection. Even if you're not into art, it's worth it just for the view from the roof.

I also LOVE the  Place Saint-Germain des Prés area. It's a bit like the Marais in that there's something wonderful about the hustle and bustle of it, although it's a notch more upscale in my opinion.

I know this sounds funny, but I absolutely, positively, would not miss going to a store called  Deyrolle. It's a taxidermy store which I know sounds like a totally bizarre thing to recommend, but it's a Paris institution and something you shouldn't miss.

As long as I'm on the subject of stores, I would really try to get to one of the "passages" or covered shopping arcades. Even if you hate to shop, these are amazing architectural structures and often have good places for a quick bite. My favorites are the  Passage Jouffroy which is sort of old and mysterious and the  Galerie Vivienne, Paris. which has been restored and is stunning.

While we're on the subject of the bizarre, I would try to spend a couple of hours at  Père Lachaise Cemetery. Pretty much every prominent Parisian is buried here and it's really fascinating.

Another of my most favorite places in the city is the  Luxembourg Garden. It's one of the most popular parks in the city, so although it's often very crowded, it's still very much worth seeing.

I would also try to see the  Opera Garnier. Admittedly, it's a tad over-the-top and, if looked at a certain way, even a little gaudy, but it's just so much fun that I would try to see it. Don't just stop at the lobby, though--explore the back rooms and hallways--that's where the really interesting architecture is.

I know this is super-cliche, but I would try to see the  Eiffel Tower. I wouldn't bother going up it because it takes too much time, but I would try to at least see it up close. It's so breathtaking and is such a symbol of the city that it would be a shame to miss it. Personally, I think the best place to see it is from across the street from the  Place du Trocadéro. Just don't plan on eating at any of the cafes over there--they are insanely overpriced.

Finally, I would try to fit in a boat ride or, as they call them, a Compagnie des Bateaux Mouches across the  La Seine. It's a really wonderful way to get an initial sense of the city.

Have a great time--and remember to just walk as much as you can--you won't believe what you'll discover!!!

Josie
Wow, thank you Courtney! I plan to do as much walking and discovering as I can!