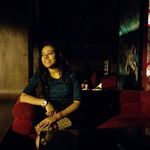 How many days do you recommend to see Paris?

How many days are required to explore Paris and what are all places one should not miss when visiting Paris?

When my wife and I first went to Paris in 1989, we were much younger, and we saw many of the top sights in 4 days.  I had done a lot of research and we had a good idea of what we wanted to see and do and where they were located.  We got up relatively early, had breakfast and went sight-seeing all day until about 6:00 p.m., and then went out for the evening.  As Lauren commented, it was exhausting, but we saw a lot.  On many subsequent trips we have stayed up to two weeks at a time, and we are returning for another 2 weeks in June.  I would say that you should allow at least 4 days, and a week is much better and more relaxing.

What you should not miss depends on what interests you most.  If you are interested in museums, the The Louvre and the Musée d'Orsay are obvious choices.  You can save a lot of time and money buying a Museum Pass, which allows you to get into many museums and monuments for no charge and you avoid most of the lines.  Buy them for 2, 4 or 6 consecutive days.  http://en.parismuseumpass.com/ You could spend days in the Louvre and not see everything, so don't try.  Pick out the things you want to see most, and spend about 3 hours there.  If you don't see everything you want to, come back another day.  Two or three hours in the d'Orsay will allow you to see the impressionists and take a general tour of it.  My favorite museum is the Musee Rodin, not only for the sculpture, but also the building and grounds.  A couple hours there will allow you to see pretty much everything.  If you interested in Monet, the Musee de l'Orangerie is rewarding and can be seen in an hour or so.  The Paris Museum pass website has a list of the places you can visit, and you can pick out the ones that interest you and print out the list.  You can also organize the sequence of your sightseeing, using its interactive map, and see where the passes are sold.

Other top sights include the Île de la Cité with Notre-Dame de Paris, Sainte-Chapelle and the adjacent Ile Saint-Louis, The Eiffel Tower (buy tickets online in advance to minimize waiting time at http://www.toureiffel.paris/ and best photo location of the tower is the lookout near the  Trocadéro in the late afternoon), Arc de Triomphe, Luxembourg Garden, Tuileries, Basilique du Sacre-Coeur, The  quais along the La Seine and the bridges over it, Palais-Royal, Place des Vosges, Champs-Élysées, Boulevard Saint-Germain, Hôtel des Invalides, 5e arrondissement – Panthéon, and the various market streets around the city.

Do your research and know what you are most interested in before you go and you will have a great trip.

My husband and I had 3 days/4 nights in Paris and while we hit the high points we definitely felt stressed and would've liked more time. We did the The Louvre and the Musée d'Orsay one day (plan and buy tickets to the Louvre ahead of time and arrive right when they open), spent a day at Versailles, and spent another day around the city taking in the Eiffel Tower and Notre-Dame de Paris (both from below, we didn't have time to go up), Champs Elysees, Basilique du Sacre-Coeur in Montmartre, a cruise on the Seine from Pont-Neuf, walking along Pont des Arts, walking by the Moulin Rouge, more wandering and several great meals.

We were shocked we fit all of that in, so it can be done, but you will be exhausted by the end. If you are doing museums make sure to buy tickets ahead of time online and make note of the days they are closed. I believe the Musee d'Orsay and Versailles are closed on Mondays (which makes the Louvre extra busy), and the Louvre is closed on Tuesdays, so take that into consideration when planning.

In my opinion I could've stayed for 2 weeks and still had plenty to see, but I think a week would be ideal and 4-5 days if you're strapped for time.

Shilpi
Thank you Lauren :) The issue is that we would be able to spare 3 days in Paris, but would keep in mind the suggestions provided by you and would accordingly plan our trip

Lauren
Like I said, we did all that in 3 days so if you want to see it, it's definitely doable-just plan ahead and if you want to go to things like the Louvre, Eiffel, Notre Dame, go to those first thing in the morning and book ahead whenever possible. Also, with only 3 days we hadn't originally planned on going to Versailles but we did and it was probably our favorite day. We took the train there, quickly moved through the crowds in the palace, then rented bikes and rode around the grounds, had a picnic lunch, and still had time to make it back to Paris for a dinner. If you'd like, you can get a better look at how we spent our 3 days here on my blog: http://lionandmaven.com/?s=paris

answered by
Isabelle from 9e arrondissement

At the very least a long weekend, but a week would be much better

I agree that 5-7 days will give you enough time to see all the most important things. The lists below are really comprehensive.  I'll just add that the Batobus Station - Saint-Germain-des-Prés is a wonderful way to see the city when you're tired of walking. It's fairly inexpensive and gives you a different view/perspective while stopping at the major sights along the Seine like the Eiffel Tower and the Notre Dame.

Do see Château De Versailles. It's an easy train ride.

If you like markets, check out the always busy Rue Mouffetard. It's a great place for fondue as well.

The Metro is wonderful and easy. Do get a museum pass and plan to cram in all those sights in a few days. Do find time to relax, wander, and just soak up the ambiance. People watch, take too many photos, stop in at least one bakery and get something gluttonous, and enjoy every moment. Paris truly is a special city.

There's so much to do and see. For me, it's my tenth time and i never get anough of it. So go for it, yes the very touristy menus are great but explore.

Canal Saint Martin for the ride on this canal,you see the real city goind trough the locks begin at it far end and finish near Ile Saint-Louis you'll see Notre-Dame de Paris. Do the DaVinci Code tour if your into it. Montmartre, Montparnasse, Saint-Germain-des-Prés, Boulevard Saint-Michel, Quartier Du Marais, they're all part of the city to explore. Museums of all kind, choose according to you interests. But mostly, walk arround, not just the principal streets, explore.  You can loose yourself, ask directions or just get you barring.  Go, go, go !!!

Definitely mimic the views of the posts below, 3-4 days is a good amount of time to get in the "main sites". A good way to start you first day would be to start at the Notre-Dame de Paris and walk your way to the The Louvre, Champs-Élysées, Arc de Triomphe and Eiffel Tower in a couple of hours just to get a feel for the city and catch the sites. You could easily spend a couple of hours wandering Montmartre which is where the Basilique du Sacre-Coeur and Moulin Rouge are. Château De Versailles is a good full day activity but you still have time for a great evening activity if you want (nice dinner, show at the Moulin Rouge, etc). If you actually want to go into the museums each museum could eat up a whole day, or at least half, so you just have to pick and choose what you really want to see. Wandering Paris is one of our favourite things to do there, we always stumble upon something new and it's never dull!

Paris is a wonderful city, you could spend a lifetime there! We went recently for 5 days and saw quite a lot. I had been before, a few times, but it was my daughter's first visit. We stayed in the Opéra district, right beside the Palais-Royal and the The Louvre We walked a lot and got to see Notre-Dame de Paris  Eiffel Tower Quartier Du Marais Champs-Élysées We also did the touristy thing and took a boat ride on the Seine (which is useful for seeing a lot in a short time) I would recommend a visit to the Arc de Triomphe at 6pm. Everyday since 1923, at a 6pm ceremony, each evening, French war veterans and soldiers solemnly rekindle the flame of remembrance on the tomb of the unknown soldier. It is very moving. You might like to walk along the left bank, stop for a coffee and people watch. The Musée d'Orsay is worth visiting and, if you like modern art George Pompidou is a must-see. Otherwise I would definitely allow a day to just wander. If possible get up at sunrise and see Paris waking up. In late Spring / Summer it is bathed in a golden early morning glow that is mesmerising and romantic.

Shilpi
Hey Maria, as you had answered my query for both Amsterdam and Paris. I would like to know which is a better place?

Maria
For me Paris but that may have been because I had to go to Amsterdam often for work!!

I just saw that the main building at the Musee Rodin is closed until November, but the gardens are still open.  The Gardens are still very worthwhile, however and have many sculptures to see. 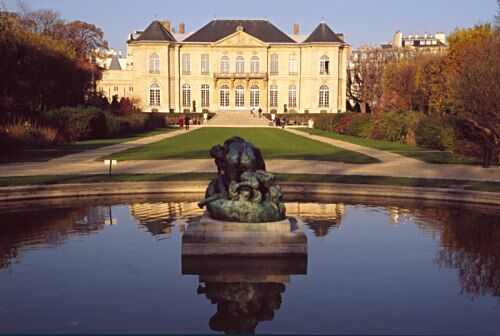 Parts of the Musée Carnavalet are also closed with no reopening date set.

answered by
Ismael from Miami

Stayed in Paris 7 days saw a lot but 10 days for just Paris is good. Plan to see more outside of Paris with 10 days or more.

answered by
Dan from Memphis

Stay long enough to learn enough French to communicate. Triply advisors and many guide books will tell you what to do and see.