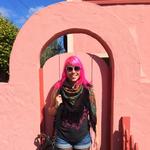 Hi everyone, I'm helping to plan my brother's honeymoon, and looking for suggestions on places to go and things to do in Paris, Strasbourg, and Munich. I've been to Paris and Germany, but would definitely appreciate some input! They will be spending 5 days in Paris, 2 in Strasbourg, and 5 in Munich, and they have a mid-range budget.

In Paris, they will rely on public transit to get around. They have a Paris Pass and will use that for a lot of museums and such. What unique things could they do that are a little off the beaten path?

In Strasbourg, they are wanting to enjoy wineries. Should they rent a car for this, use the train, or do a tour of some kind?

In (and around) Munich they will be using a car. They'd like to get to Neuschwanstein Castle, and maybe a hot spring. Any ideas, or other unique things they could do?

I've only ever spent a few hours in Strasbourg and Munich, so not much help there I'm afraid.

But Paris is such a romantic place for a honeymoon! Of course they are the obvious 'must-do' items like the Eiffel Tower and a boat cruise along the La Seine - both of which are thoroughly worth doing, even if they do cost money.

And as they're on their honeymoon, they could always head to Pont des Arts bridge and leave a love lock on the railings. 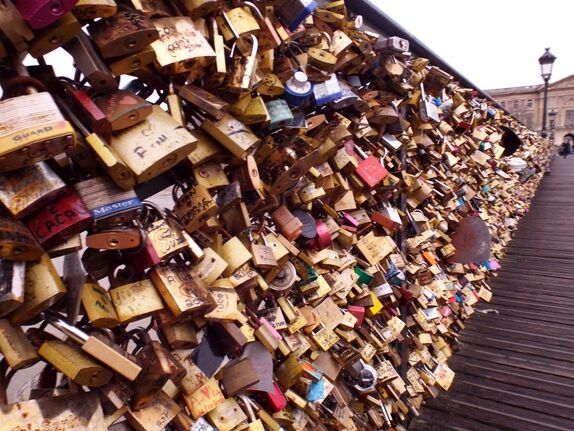 If they're there for 5 days, it might be nice to get out of the city for a day and visit Palace of Versailles. Fascinating history, and beautiful location.

Though if they're on a budget, there are some great free options in Paris as well. My favourites are the free views across the city: one from Basilique du Sacre-Coeur at the top of Montmatre, and the other from the roof of Galeries Lafayette, where there are chairs, and a roof garden, and stunning views.

Actually, Montmartre in general is worth exploring: the stalls, the painters, the little cafes - and a wander past the Moulin Rouge. 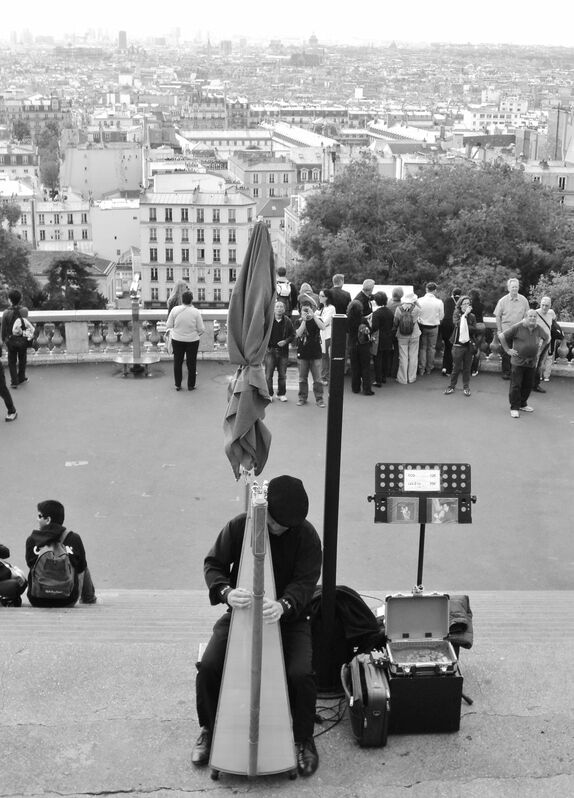 That's my other favourite thing about Paris - the churches are all free. Unlike London, where you have to pay to look round St Paul's and Westminster Abbey, Paris doesn't charge. This means there are often long queues to get in, but they tend to move pretty quickly. My favourites are Basilique du Sacre-Coeur, Notre-Dame de Paris, and L'église de la Madeleine (which sometimes has free classical music / choral concerts - worth checking the posters outside). 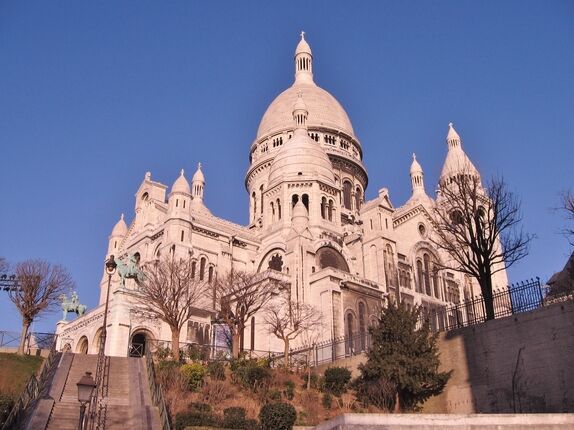 Another couple of good places to explore are Opera Garnier, which is gorgeously ornate (and where the Phantom of the Opera is set!), and Sainte-Chapelle, which is a stunningly preserved medieval chapel right in the heart of Paris. Neither of them get nearly the hype and the mentions that they deserve.

The Latin Quarter is also hugely worth exploring, with a little visit to the legendary Shakespeare and Company bookshop.

In terms of getting around, the best way to do it would be to buy 'carnets': packs of 10 metro tickets. Each one is valid for a single journey (including the Montmartre funicular railway, if they don't want to climb all the steps). It's cheaper than buying each ticket individually, and you can share the packs between people (so each of them could have 5 tickets).

answered by
Amy from Stuart (Florida)

Paris is an excellent city for walking, so depending on what time of year they go seeing the city by foot is a great option. Wander around Quartier Du Marais and stop L'as Du Fallafel and take it go to eat Place des Vosges. Definitely make it down the the 6th and go to Bar du Marché for an apéritif. If they want to go farther afield outside the tourist areas, rue Oberkampf in the 11th is a great local area. Go to Charbon on rue Oberkampf - great bar and restaurant. For museums, Musée Carnavalet and Musée de Cluny are fantastic - the first is the history of Paris, the second is the medieval museum. As for Munich, Neuschwanstein is a perfect day-trip - I visited when I was in Munich and absolutely loved it. Hope they have a fabulous time!

answered first by
Nilufer from Istanbul

Hi Theresa, please find my Paris adventures at http://www.mapkini.com/2014/04/paris.html?m=1 . I have been there many times and the city is still on top of my best places to see! For bohemian lifestyle, boutiques, historical cafes and living the atmosphere of early structured Paris they should go Quartier Du Marais! And if they have time they should experience Disneyland Paris. Trust me they will have their happiest time at Disney Paris. All about other to do's check out my Paris post! Happy honeymoon

answered by
Christopher from San Francisco

It usually ends up being pretty unique when you do things locals do. For Paris, I'd pick up a copy of Pariscope (comes out every Wednesday) and go hear some great live music, maybe check out some open markets in non-touristy neighborhoods (like the Batignolles market in the 17th). What time of year are they going to be there?

Theresa
They will be there this month! October

answered by
Victorine from Strasbourg

I'll do my best to answer concerning Strasbourg, cause I'm living there!

If they plan to visit wineries, it will be difficult to do so without a car. Actually, wineries are located in the South of the department.. They might rent a car or contact the Office du Tourisme to know if there exist Wine Tour by bus.

I am convinced that they will not only drink, but also eat... ;) So, I am gonna get you some good restaurants in Strasbourg.

For a chic and romantic dinner, they should go to Les Haras. To enjoy typical food, they should visit A la Hache, Brasserie au Canon or Zuem Strissel.

Hope it will help!