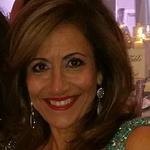 Best and cheap way to book tours or site seeing?

Staying in Paris for 4 days. What is the best and cheapest way to book a tour(s)? What are some of the sites to see? 11 people in this group didnt interest

I always orient myself to a city by doing one of the free walking tours on offer, and then I know what I want to explore in more depth, and what doesn't interest me. Don't pay an up front fee (book ahead) but tip the guide what you think the tour is worth. Have found them (mostly) more informative tours than ones I've paid substantial money for. freetour.com  neweuropetours.eu/paris and discoverwalks.com all offer various free tours in Paris.

Paris is quite negotiable on foot or public transport. I would suggest you buy a Paris Pass before you go- pre-pays entry into some attractions and at The Louvre, you get fast track entry. It includes a bus tour (good for an overview), a river cruise, metro and bus travel, and some discounts at cafes or shops. The day we went to the Louvre, the line for admission snaked round the entire courtyard but we were able to walk straight in-worth it just for that. Note-the Louvre opens till 9.45pm Wednesday and Friday nights-less crowded!

In 4 days you can see a lot in Paris If you want to get outside the city, and are interested in WW1 history, there are some excellent day tours to the Somme.

answered by
Ismael from Miami

Just got back from Paris back in March 2018. My wife and I purchased tickets online for Museums and a field trip out to the Chateau in the Valley of Loire, absolutely stunning and it was still winter. It is our 2nd time to Paris, found it easier to purchase tickets in advance. We stayed in the Saint-Germain-des-Prés Latin Quarter was close to everything you want to see, such as Luxembourg Garden, Musée d'Orsay, Notre Dame, The Louvre, took Uber to Eiffel Tower, Sacre Coeur Basilica, L'Arc de Triomphe de l'Etoile (great shopping in this area), wife especially like the Louis Vuitton store. Also close to Shakespeare and Company a must, across the Seine river from Notre Dame.

Hi Tina, I usually use Triple (https://triple.co). I've had really good experiences with their local guides while traveling in Europe  :)

Tina
Hi joakim. Do you know how "skip the line" works for these tours? How much extra is it generally?
comments (1)
likes (2) thanks

I agree with Lorraine and would like to add that you should take some time to explore the neighbourghoods like Montmartre, and not only see the Sacre Coeur Basilica. Also don't miss  Le Marais near Notre Dame. There are also beautiful street markets that have many places to eat and have a drink like Rue Montorgueil, Rue des Abbessesor Rue Lepic.

Latin Quarter is always beatiful even if it is really touristy and I absolutely love Jardin des Tuileries, Musée d'Orsay, Luxembourg Garden and the Sena banks. The area of Les Halles and George Pompidou is realy great now.

I've been in Paris for two weeks in may and the city was incridible, with people in the streets having an "apero" (aperitif) after work and enjoying with friends everywhere. Amazing.

answered by
Terry from Sarasota
Paris really requires good planning, as it is crowded with tourists in the summer months.
I would assume that you "could be" interested in some of the "gotta see sitez" like Eiffel Tower, Notre Dame Cathedral, Sacre Coeur Basilica, perhaps even Versailles - Château right?  With the exception of Versailles, all of those sites can be reached via the Paris Metro System which is huge and covers everywhere you would like to visit.  Get yourself a good Paris Metro Map and learn about how to acquire Paris Metro Tickets in the various Metro Stations.
Versailles is best reached via the Paris Metro and then switching to the French RER Rail System. It is a very short train ride to Versailles and you would not need to be concerned about parking !
Some locations like for example Le Marais are interesting from the perspective of shopping, restaurants and pubs.  We've stayed in Le Marais (via VRBO) but we were focused on various day trips including Mont Saint Michel (for a discussion on Le Marais and how to get to Mont Saint Michel, see our blog at https://www.justtravelingthru.com/2018_europe_trip.php )
Don't forget that Paris is very walkable city, and that there is a lot to see and do near the Île de la Cité - many museums, the Tuileries gardens, and the river itself.
If you do take the time to look at our blog site, you will find a very good set of "European Travel Tips" which I would suggest are worth a read.
Have a good time!