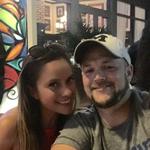 Best Way to get from airport to hotel

Hi Everyone!  Does anyone have any suggestions for the best way to get from the CDG airport to my hotel near the Eiffel Tower?  Not sure if train, taxi or uber is the best way?  Thanks much!

The "best" way to get from the airport depends on several factors.

The RER train leaves the airport from all terminals, and connect to the Metro system.  Tickets can be purchased at the ticket counter, or through the Ile de France ticket machines if the counter is closed or crowded.  The trip take a little over half an hour, and is only 10 Euro.  If you're comfortable using public transportation, have packed light, or are on a budget this may be the way to go.  However, it is also a haven for pickpockets, who known to ride the rails preying of sleepy, jet-lagged travelers.  Still, I've never fallen prey to them so...

If you're extremely tired, have a lot of luggage, have a the funds available for it, and are comfortable dealing with cab drivers, then taking a taxi is for you.  It can be more convenient, but like all conveniences, you'll need to pay for them.  It's pricey; about 50 Euro, and as much as 15% more than that between 5pm and 10am.  Also, the trip is slightly longer on the surface than it is underground; about 45 minutes.  On the plus side, it does take you directly to your destination without transfers, or much waiting.

If you're traveling in a larger group, or, again, have a lot of luggage, you may wish to consider an airport shuttle.  Costing more than the train, but less than a taxi, shuttles need to be booked at least 24 hours in advance, and take about the same time as a cab.  Some shuttles require a to airport pick-up three hour before departure, and most won't modify their times.  One good thing about them, however, is you can book them on-line.  This allows you to pay for the shuttle in you own currency.

Personally, I'm a train type of fellow.  I realize that it isn't for everyone, but I'd much rather spend my money on site seeing, a show, or a good meal, rather than a cab.

The cheapest way for sure is to use the Subway : RER B and change at Châtelet - Les Halles

answered by
Enchanted from Los Angeles

Taxi ( about 80 euros) or less expensive pre booked shuttle service . Or you can take Air France bus it will take you to city center but then you ll have to take a taxi or metro to your destination. The RER TRAIN to City center is fine but if you have luggage it can be a pain ; expect long corridors and lots of steps.

Hi, you can go by bus. It goes directly to Opéra. And there you can use the subway or taxi.

Nancy
I'm all about saving $, wear a money belt & don't carry much cash in my purse, so chose the RER to Opéra, then took Métro to hôtel in 7eme. Ok, I had 23 year old son schlep my bag UP the stairs. lol

I second Christopher's answer--I always take the Air France bus--very easy and very cheap, although it is a bit of a pain to have to take your luggage on the bus, then take it off, then over to the cab station, etc.

I didn't realize they stop at the L'Arc de Triomphe de l'Etoile now. They used to stop at the Opéra which I loved because it was really close to the friend's apartment I always stay in. :(

Here's a link to their schedule:

answered by
Christopher from San Francisco

If cost is no issue, take a taxi or uber. Easiest. If you want something cheaper, take the air france coach. It will drop you off at arc de triomphe and you grab a taxi there (the taxi's know the bus schedule and there are usually a handful waiting). I think this is easier than schlepping your bags on multiple RERs.

answered by
jane from North America

I always use paris shuttle. Book online, inexpensive and a good way to see the city. I love that they also pick me up for the exit flight. It is a mid-size van, you share with a couple of others. One time it was just two of us. I like meeting fellow travelers so this mode of transportation is perfect for me.

Uber would still be an expensive option. Beware of regular taxis to Paris from the airport. It could cost you $80+ USD. Paris taxis have been known to take you on an impromptu "tour de Paris"! :) The most reasonable way we've made the trip to Paris from CDG is a mini-van "Airport Taxi" which is akin to the SuperShuttle in the US. It's a shared-ride van, but the dropping off of other passengers wasn't a big deal as everyone was basically going into mostly the central area of Paris.

Shuttle companies offer door-to-door service between Charles de Gaulle Airport and city addresses. Travel is in shared passenger vans or minibusses, so the trip may take longer than going by taxi, although you'll avoid standing in line.

Parishuttle charges €16 to €25 per adult passenger, depending on how many people are traveling together.

Paris Airport Shuttle charges €17 to €30, with a €3 surcharge in the early morning or late evening. Currently, it's $45 for 2 people at the same time (half the cost of a taxi!).

answered by
Pamela from Memphis

If you are tired and don't want to deal with hauling luggage up and down lots of stairs, please take a cab or Uber it. I Ubered in Parisand it was easy. May not be as cheap as the metro but at this point in my life, I will throw money to the convenience of a taxi or Uber and letting me get there directly without having to deal with getting tickets, waiting in line, making several changes and dealing with crowds especially when I have had no sleep. I agree that I prefer to spend my money on other things, but when I am very very tired, it is so nice to get in a car and let them drive and you can maybe take a little siesta on the way to your hotel. Bon voyage!

How exciting!! My husband and I always call the hotel prior to the trip and get a quote. If it's too much, we will get a taxi. It's so easy to get from point A to point B in Paris <3

answered by
Melissa from Massachusetts

I agree with everyone who recommended the train/RER - that's what I've done in Paris and it's been very simple!

answered by
Hina from Paris

Hello Carolina !
It depends at what time you land in... To reach the center of Paris, the easiest and cheapest way is to take the train : RER B directly from the Airport. Then you will have to stop at "Denfert Rochereau" and take the metro line 6 direction "Charles de Gaulle Etoile" and stop at the station where your hotel is the closest.
You can take a taxi or a uber, but the problem here in paris, is the traffic. It can't take a really long time to reach the center of paris, and also really expensive... So I would advice to take the RER and then Metro !

answered by
Michael from Chicago

Check out Le Car( its a large very nice air conditioned bus), sponsored by Air france. it brings you to several stops in metro Paris. Inexpensive and comfortable just watch your luggage to make sure it doesnt get removed at one of the stops. It also has a dedicated terminal pickup and drop off at CDG or Orly. You DO NOT have to fly air france to use it!

I always take the RER and have never had any issues with pickpockets, but I'm a New Yorker and pretty vigilant. I also go everywhere for however long in carryon luggage. Did the Air France bus RTP once. It was hard to find at CDG (the stop is marked on the pavement - I was looking for an upright sign on the sidewalk).The wait was longer than it is supposed to be. And despite the obvious line, there was a huge pack of Parisians who just piled on the front (theyre known for this - not my stereotype - google the famous French ad campaign about cutting in line).

Going back from Gare de Lyon we waited over an hour for a bus. If I didnt leave early, I would have missed my flight!

You can get one Airport Bus going from CDG to "Place de l'Etoile" which is on the top of the Champs Elisées, at the Arc de triomphe place which is close to Trocadero and Eiffel tower by metro.