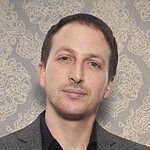 A cool and not very expensive hotel for 1 night

My wife and I will be travelling to Paris from London for a short 2 days /  night weekend.

We're looking for a nice hotel to stay in, 3-4 stars. 100-150 Euro per night in the center. We'd appreciate any recommendation.

top answer by
Janine from Toronto

Mama Shelter in the 20th is fantastic! Its a small-ish design hotel in the 20th right near Père Lachaise Cemetery and close to the metro. The rooms are clean and nice and the hotel has a hip modern vibe with a cool bar and pizzeria. Rates are affordable. I've stayed there twice and found it great. It's close enough to walk to the Bastille for funky shops and restos and the charming Le Marais as well.

My absolute most favorite hotel in Paris is the  Hôtel Chopin and it runs just about 100-150- Euro. It opened in the 1840s and you can really feel it--it always looks like something out of a Pink Panther movie. It's not exactly in the center of town but it's in an excellent location (it's actually located in the  Passage Jouffroy which is an incredibly cool covered shopping arcade) and very close to a metro station. It's not fancy or elegant but ridiculously cool in my opinion. Also, the staff is fabulous and the breakfast is pretty decent.

I would also consider the  Hotel De La Bretonnerie in the  Le Marais (which is my favorite neighborhood in Paris). I think it was actually affiliated in some way with the Chopin, but I could be wrong. Anyway, it's a great little gem of a hotel and if you book far enough in advance you can definitely get a room for about 100 euro or so. It's got a rustic theme and the rooms are very classically French. You'll be right in the center of the city, too, which is great. Another great little hotel in that area is the  Hotel Caron de Beaumarchais which is really charming.

Finally, check out the  Hotel Gramont Opera. This place is a serious gem--clean, well-located and cheap! Depending on when you book, you can get a room for about 120 euro which is pretty amazing given where this is. What I like about it, too, is that it's really close to the  Opera Garnier which is where the Air France buses come in from CDG so it's literally a quick walk over from the bus stop.

answered by
Linda from Belfast

Try any of the Ibis or Mercure chain hotels, they are all lovely or I have recently booked the Exe Paris Centre on Rue D'Amsterdam, near to Métro Saint-Lazare, nice central location and really good value for the rooms!

answered by
Rob from Ventura

Best Western Premier Hotel Opéra Opal is compact, modern and very clean. We paid just over $200 US per night. It is in a quiet street but right in the heart of Paris. There's a great boulangerie 2 doors down serving sandwiches and fresh baked goods and coffee that you can take and run. There is a metro close by and the Opera Bastille is around the corner. I was shocked how nice this place was for the cost (in Parisienne terms). We also traveled from London via Eurostar and took a cab from the station which took about 10 minutes and was an experience in itself. Try to confirm your reservation a couple of times ahead of your arrival as in times of high demand i have been 'bumped' and ended up in some rough places.

answered by
Stéphane from Oslo

I staid at Hôtel Original Paris for a romantic week end and we really enjoyed the stay. It's well situated and a bit out of the ordinary. See for yourself : http://www.hoteloriginalparis.com/

answered by
Ron from Jacksonville

We used Air BnB last time we were in Paris. Peggy and Jeff were great hosts and their place was near the metro so it was easy to get around. https://www.airbnb.com/users/show/892556

answered by
Michel from Taipei

If you're in Paris on a Friday evening check out La Cerisaie, on Edgar Quinet 5mn walk from the hotel, a great restaurant. Only 10 tables, so you will need to make a reservation.

You can look them both up on booking.com

enjoy your stay in Paris.

answered by
Jake from Memphis

Take a look at the Solar Hotel in the 14th.