Is the Universal Studios worth it?

I'm going for a holiday with my family in Orlando. I want to know if I have to see the Universal Studios? How they are? What is there to see? Is it a place for children or for adults, too? Every more information is welcome!

top answer by
Nick from Florida

Of course the biggest draw in Orlando is the Walt Disney World Resort, but if you'd like to see something a little less "Disney" then I'd definitely recommend the Universal Studios. Many people that holiday in Orlando find the time to do both and I recommend doing so if time allows. There are two parks at Universal Orlando, but I'd recommend the Universal's Islands of Adventure over the regular Universal Orlando park. There is more to do there that would appeal to both children and adults. Universal Orlando just added the The Wizarding World Of Harry Potter which I personally find to be great, regardless of whether you have read the novels or not. There are tons of things to do outside of the parks as well. Universal CityWalk has restaurants, shopping, and clubs that would appeal to your entire group. 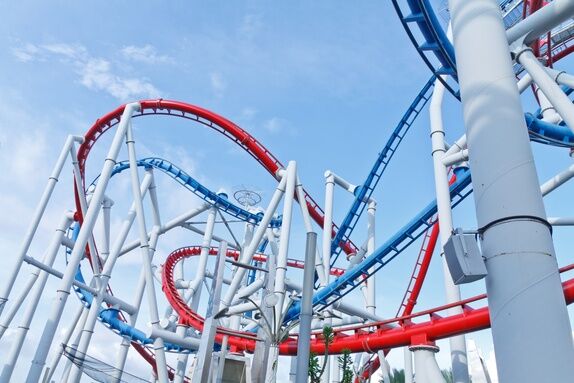 Universal Studios is one of my favorite places! I'm a huge Harry Potter fan, so that is a big draw for me. Even before the parks had Harry Potter as an attraction, it was still a blast to visit. I've been visiting since I was twelve and always found it a great family place.

There are more roller coasters and it's more of a thrill park versus an amusement park. Disney is more for smaller kids, so if you have a young family I recommend sticking to Disney World.

As for other rides at Universal, there are plenty! Men in Black, Simpsons, E.T., Transformers, Revenge of the Mummy, Twister, Shrek, Jurassic Park, Minions, Dr. Seuss Land and a Marvel-themed land.

Universal CityWalk is great because there are a handful of restaurants to choose from after you're done with the parks. If you can stay at a Universal Hotel, your room key will be a fast pass for all the rides and you'll get early admission to the Harry Potter parks.

You can find some more information on my blog:

I used to live in Florida and recommend Universal Studios if you are an avid roller coaster fan, have older children, tweens and teens, or are going with just adults. The Wizarding World Of Harry Potter area is really awesome.

answered by
Debbie from Sandusky

Yes all will have I go three or four times a year. My parents live near there so I go a lot . It is a place for everyone at any age.  The best way to go on the best rides is go to one rider you may go together but you do not wait as long.

answered by
Tony from Orlando

If you have adolescents or children in tow, and you have never been here, see Disney by all means. There are three parks which can be considered 'ride' parks only and then there is the fourth which is the animal preserve. Young kids might not get a kick out of this one as much as the others as the 'rides' are few and far between, but the walks in the jungle-looking surroundings are great for adults to tackle. There are also excellent displays of animals and a few rides which take one out of 'safety' into an arena which is much closer to the animals than one might have ever been.

Universal Studios is a 'ride' oriented park (both parks). If you are here for ten days, and have beaucoup dollars to spend, then you might enjoy a foray into the rides at Universal. Some of the coasters are the best which can be ridden in such an environment. We use Universal as a local place of entertainment. It is not a MUST see by any means; but something which you might experience if you have the time and money.

answered by
Hannah from Milwaukee

I don't know that I would say it's a must but it's certainly fun. The Wizarding World Of Harry Potter is a blast if the kids have read it and there are a couple of decent bars if you feel like all the rides are making you need a drink. ;) The Red Coconut Club is a decent one and so is Pat O'Brien's. If you're looking for a place to eat Vito's Chop House was pretty good.

Universal Studios is a great place for both adults and children! the new The Wizarding World Of Harry Potter section is amazing!

answered by
Andy from Florida

Universal Studios is a great place for children and adults to enjoy although it is a bit pricey. Depending on the age of any children that are going on the trip, I would suggest Magic Kingdom for younger ages and Universal's Islands of Adventure for older kids. Make sure to pack sunscreen and a change of outfits if you plan on going to any water rides. Fast Passes in Universal cost about $90 more but they are worth every penny.