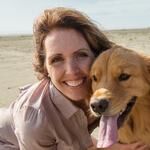 Family trip to Orlando, and it's been about 4 years since we last went, so we'd like to book a great, new hotel this trip. What are the best new hotels in Orlando and would love to hear what makes them so great!

If you are looking for a resort - Wyndham Grand Orlando Resort Bonnet Creek is my favorite!

answered by
Mary Ann from Phoenix

If your interested in having a kitchen and little more room. I have a suggestion. Just got back Saturday from Wyndham Bonnet Creek Resort. The resort is beautiful there is both a hotel and timeshare condos on the property. If you go to TUG timeshare users group you may be able to score a good deal on a condo for the week. That is what we did and it was fabulous. Right next to Hilton Orlando Lake Buena Vista and Waldorf Astoria Orlando close to Disney but not overwhelming Disney. We had 4 adults and 2 kids, having a place to make breakfast and maybe a couple dinners really helped our budget. The kids loved the pools and slides.

answered by
Kathy from Orlando

If your kids like Legos, than the hotel at Legoland is a great new one. It just opened in May. Its about an hour away from Orlando. Its great because you have early access to the Legoland Florida before it opens. There is a free breakfast buffet and the rooms have themed decorations. Such as a pirate room. The kids have their own sleeping area in the rooms and a treasure hunt which they will love. Besides a beautiful outdoor heated pool, there is entertainment every night. There is also a lake that some of rooms overlook. Restaurants are right there to get something to eat.

answered by
Bianca from Miami

I go down to Orlando a lot for work from Miami and I have a few favorites that would be perfect for families:

B Resort & Spa is the perfect combination of family friendly and a parents retreat. The spa is amazing and is a super short walk from Downtown Disney. The recently renovated rooms are gorgeous with huge TV's and big comfy beds (they even have bunk bed options). The rooms even have snack boxes too (they'll charge you $5 though). Free wifi and Kids complimentary iPads for the kids to play on upon request. I also got a free fireworks show at Disney from my room :) 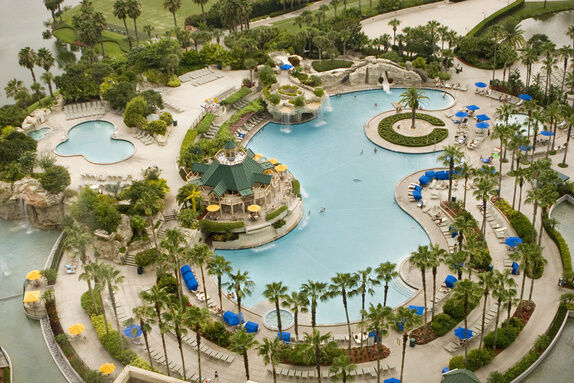 Universal's Cabana Bay Beach Resort is a time warp but a fun one at that. You feel like you're in the 50's with the Beach Boys playing where ever you go. There was also an impressive vintage car lineup in the front. Kids would love the massive two pools (one with a water slide), lazy river, bowling alley and a food court at the hotel's diner. There's also free shuttles to a few of the parks and if you stay here, you get early admission into the The Wizarding World Of Harry Potter (but you have to purchase a ticket before).

A little more on the pricers side, but Four Seasons Resort Orlando at Walt Disney World® Resort is a beautiful new hotel (I think they opened last summer?) so they are still fairly new. I was told it was actually the largest Four Seasons in the world. The balcony gives you a free fireworks show from Magic Kingdom Park and there are complimentary shuttles to the Disney theme parks. One thing I thought that kids would LOVE would be the Disney character breakfasts. They look so cute! And kids have their own amusement area: Explorer Island, which is a huge playground with a lazy river, climbing wall and waterslides.

answered first by
Jeff from Tampa

I love the Hilton Orlando Bonnet Creek and Waldorf Astoria Orlando in Bonnet Creek close to everything but not overly Disney.

Walt Disney World Resort is expensive but it worth