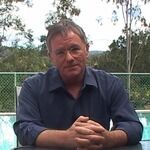 Hi I'm staying in 6 different places in California, the one place I'm not sure off is Oakland is it a safe/nice place.

top answer by
Marissa from Oakland

Oakland is great! If you're looking for places to potentially live, try Lakeshore, Rockridge, Elmwood, Montclair, and Piedmont Avenue. For entertainment there are great places in Jack London Square to have fun and eat/drink (like Yoshi's Oakland) and Uptown Oakland (where the Fox Theatre is).  My favorite bar/snack place there is Dogwood.  Chill atmosphere and great grilled cheese sandwiches/charcuterie plates.

Hey Jack!  Like a lot of cities, Oakland has its good and bad parts.  If it's your first time visiting, here are some of the nicer and safer neighborhoods I would stick to:

I would avoid the West Oakland, East 14th Street Business District, Fruitvale, MacArthur, and Chinatown neighborhoods.  When Oakland gets a bad rap, it unfortunately tends to be in those areas.  It's not all bad in these neighborhoods, though; just the good parts are very residential and aren't really worth going out of your way to see.

The above three neighborhoods I listed are safe during the morning and day, and I would say pretty safe at night, too.  Just stay vigilant.  I go to those places for walks and for food all the time.

If you need any food or activity recommendations for any of those neighborhoods, post another question and I can help you out! :)

Jack
Thanks again for your help you are a Jem

Like Mia said, we have a fierce pride for our scrappy city! Oakland tends to have a bad reputation but like all big cities, there are bound to be good and bad parts.

Oakland is such a culturally rich city with so much to do. For places to live, I would look in the Lakeshore, Rockridge or Montclair area. These tend to be known as the nicer parts of Oakland. I would avoid West Oakland, there are higher crimes rates there. The closer you are to the hills, the safer it will be.

Hope you have a great time! Oakland is an awesome city.

Oakland is an awesome city! (Disclaimer: I'm a resident and have fierce pride for my scrappy city.) Sure, there are a few areas that aren't particularly safe, as with all large cities. But general common sense about urban living goes a long way towards personal safety.

Oakland is geographically a big city and there are lots of neighborhoods that are charming and really welcoming.

answered by
Joanna from Oakland

Grew up in the East Bay, and I love Oakland. Just gotta know what neighborhoods to visit.

answered by
Cassielee from California

I would try and avoid Oakland, lots of gang activity.

There are parts of Oakland that are really nice. There are other sections of town that you might want to avoid for safety. I made a video about some suggestions of fun/safe places to visit that you might find helpful: https://youtu.be/HitzpJgc-6U