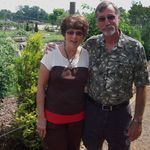 Are there mountains to cross?

My husband and I will be traveling west from NC to California pulling a fifth wheel. We will also be traveling from Albuquerque to Williams Az. Will we encounter a lot of mountains? We don't know if we will need to install an exhaust brake on the truck.

Definitely Appalachian Mountains are on west side of NC and the  Great Smoky Mountains and Tennessee west of those.  Smokies have lots of twists and inclines. NC contains the highest mountains in the Eastern United States. ( Wikipedia)  so your goal is to stay in the flatter eastern area of NC.  A much flatter route to NC from CA would be to go south through Texas, Louisiana, Mississippi, Alabama, Georgia, South Carolina and then turn left to go north to NC.  The Ozark Mountains in southern Missouri and northern Arkansas make for some crazy inclines too--usually interstate 44 (which replaced old Route 66) has a third lane for large trucks and trailers to go up as slow as they want and then get out of their way going down!  If the south is too hot (this is summer right?) try a more northern route. From Albuquerque, head to Kansas City (Kansas)Kansas City (Missouri) and take I-70 to Washington, DC (though you will still encounter the Appalachians in West Virginia)  and then turn right and go south to NC.  if you decide you DO have to go through some mountains, consider a resource like this book on Mountain Directory for trucks and RVs.  Consider a road map/atlas with altitude, terrain,& interstate highway system marked on it so you can easily change routes.  You may already know the locations of the interstates, but if not, I hope this is helpful:  they are laid out something like a grid of intersecting lines or an Excel spreadsheet.