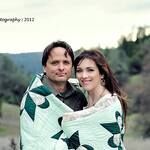 Road trip from Berlin to Nordhausen looking for great places to stop.

Oct 6th we are taking a road trip from Berlin to Nordhausen (because the Nordhaus family can not go all they way to Germany without going to Nordhausen). This is our first time in Germany and we are looking for places to stop along the way. We only have one day for this trip. I am looking for old world charm. But really we are up for anything.

Leipzig would make a good stop enroute from Berlin to Nordhausen.  Zoo Leipzig is one of the best zoos in Europe, and the city has evolved into one of the coolest spots in the country, with plenty of good restaurants, biergartens, shops and nightspots in the city centre, as well as well-restored 18th and 19th century baroque buildings such as New Town Hall and Rossbach Palace.  If you're into classical music, Leipzig was Bach's home town, and he is buried at Thomaskirche.