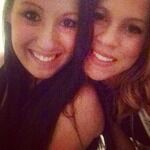 Must sees in Paris and Nice??

What are some must see attractions? If you have any suggestions for great local restaurants or fun clubs, please share!

top answer by
Courtney from Los Angeles
You've been given great advice here so I'm just going to add a few things I don't see listed.  Also, I would strongly recommend you flip your itinerary--Nice is OK, but not spectacular--you should see it, but 3-4 days is about 2-3 days too long, especially when Paris is so much more exciting. Just a thought. :) Rue Montorgueil - one of my favorite market streets in the city. Amazing vibe, tons of fish stands, fruit stores, wine stores, great restaurants (L'Escargot Montorgueil is a classic), music, etc., etc. 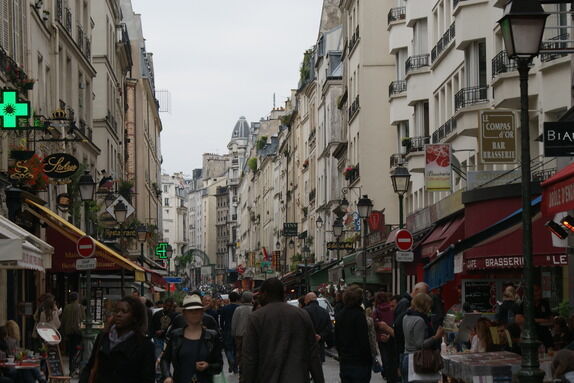 Opera Garnier - Do NOT miss seeing this building either from the inside or the outside. It's a little gaudy but so, so interesting. A lot of people don't know this but there's a stagehand who keeps bees on the roof and you can buy his honey around town.  http://www.nytimes.com/2003/06/26/world/paris-journal-who-s-humming-at-opera-believe-it-or-not-bees.html 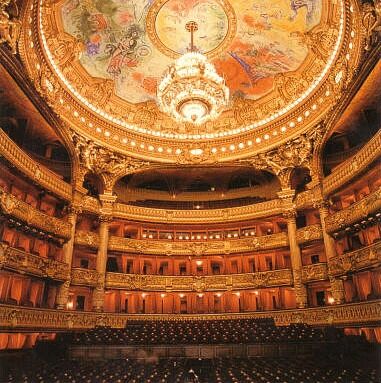 Fondation Monet in Giverny - I know what you're thinking: is it worth taking a day trip when I have such limited time? The answer is yes, yes, and yes. This is one of the most beautiful, moving places I've ever been and I don't even like Monet as an artist. 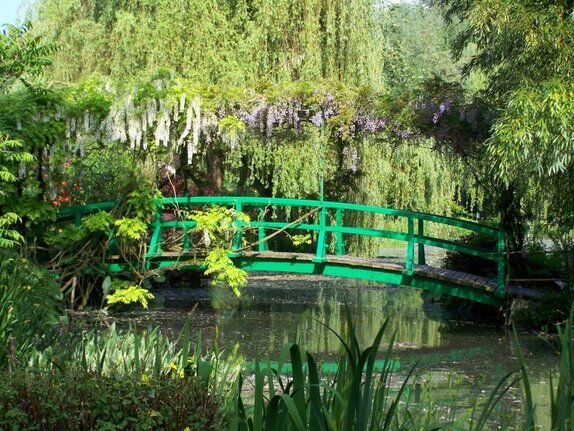 Grand Palais and the Le Petit Palais. The Grand Palais is where CHANEL CAMBON holds its fashion shows and is one of the most amazing buildings you'll ever see. Both always have great, innovative exhibits and/or events and concerts. 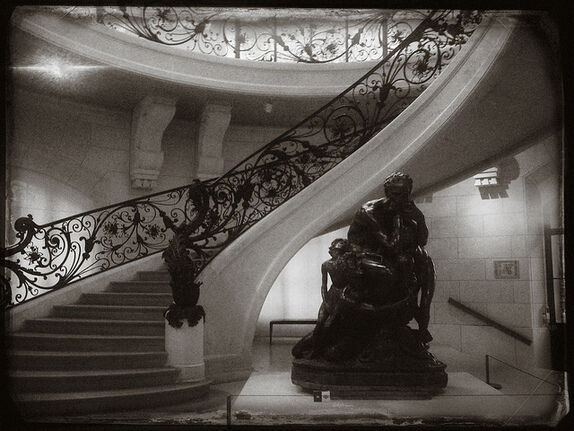 Luxembourg Garden - no words to describe this public park. Do not miss it! 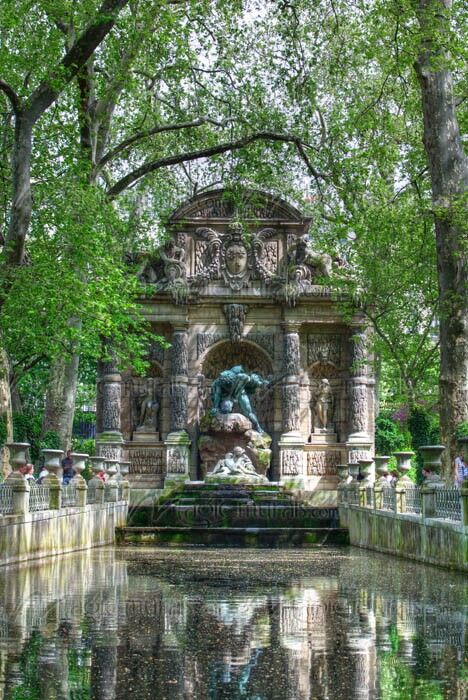 Porte de Vanves - if you like flea markets (or marché aux puces), this is the best in the city. Much, much better, more convenient, and much less expensive than Marché aux Puces de Paris / Saint-ouen. 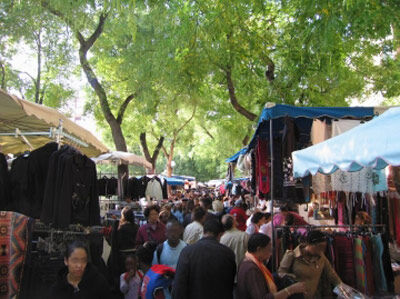 For entertainment, I would check out the Le Grand Rex. Occasionally, they have shows like the Ice Capades, but a lot of the time they have great concerts. Plus it's such legendary place that it's fun to see. 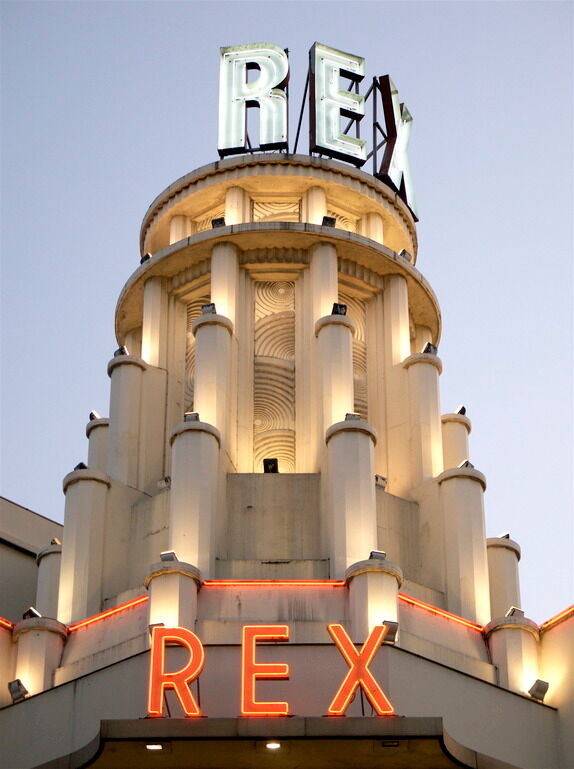 If you go to the Eiffel Tower, try to see 29 Avenue Rapp which is nearby. It's so amazing it's hard to believe it actually exists. 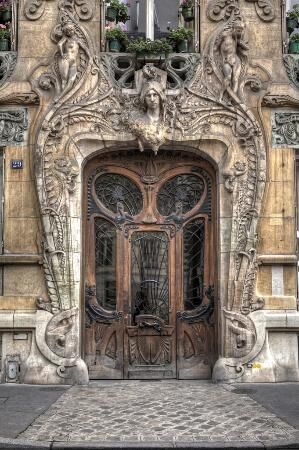 Canal Saint Martin - this has sort of been the hip new area for the past few years--some great stores are here and it's a lovely place for a walk. 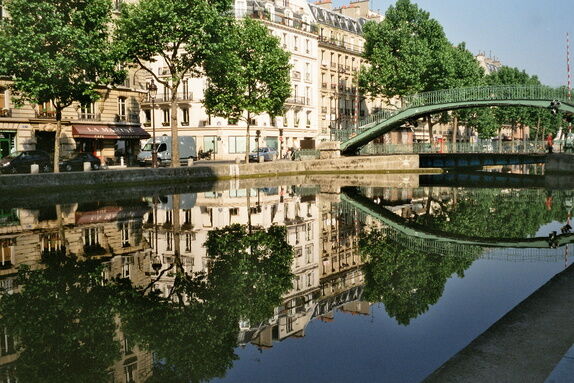 La Pagode is an amazing movie theater--I would go to see it because of the building, not so much to see a movie, though (I've been in it, but I don't think I've ever seen an actual movie here) 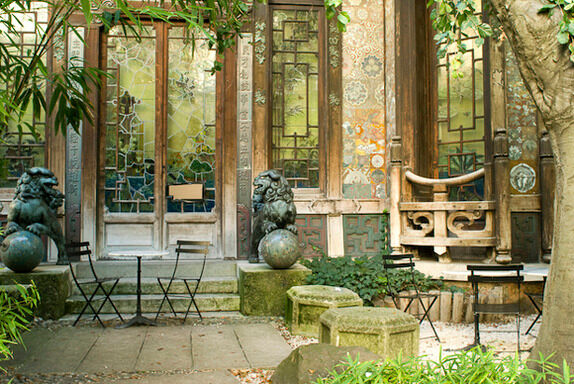 For food I would try the restaurant at the Musée d'Orsay. I've never been able to figure out what the actual name of the restaurant is (I don't think it actually has one), but the food is phenomenal and the restaurant is one of the most beautiful rooms I've ever laid eyes on (it used to be the waiting room of the train station). 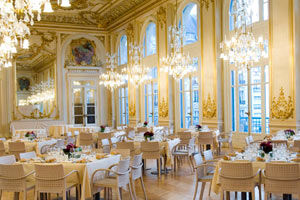 answered by
Janet from Ocala, Florida

Go up to Montmartre definitely and loiter. Spend a few minutes of quiet in Basilique du Sacre-Coeur . From there you have the best (and free) views of the city, other than from the Eiffel Tower . I am a teacher who travels with high school students every summer,  so we do everything on the cheap.  Love the evening cruise in the fly boats (bateaux) on the La Seine. Don't get on until at least 7:30- 8 pm in the summer, so you can see the tower lit up on your way back.  Bring a light jacket in the summer.  The Louvre, of course, is a must see, BUT I really like the Impressionist paintings at the Musée d'Orsay.  Flam's is a chain that has Alsatian tartes(?).  Whatever they are, they are a flat, crunchy crust with a cream sauce and ham or mushrooms, served along with a green salad.  It's an inexpensive and tasty meal.  Crepes are everywhere.  Fresh fruit markets abound.  You'll love Nice, taking the train, I expect.

In Nice the best way to experience the ambience is to stroll the Promenade des Anglais stop in the Hôtel Négresco bar for a drink. Fantastic hotel. Be sure to say hello to the hotels resident cats. For attractions the Musée Matisse is small and very intimate. The Musée Marc Chagall is the same. Both can be done in an afternoon. The castle at the top of the hill at the south end of the promenade offers the best views of the harbor and the yachts.  There is an elevator!  You don't have hike unless you want to. A day trip to Saint-Paul-de-Vence and Eze both offer looks at walled medieval towns. 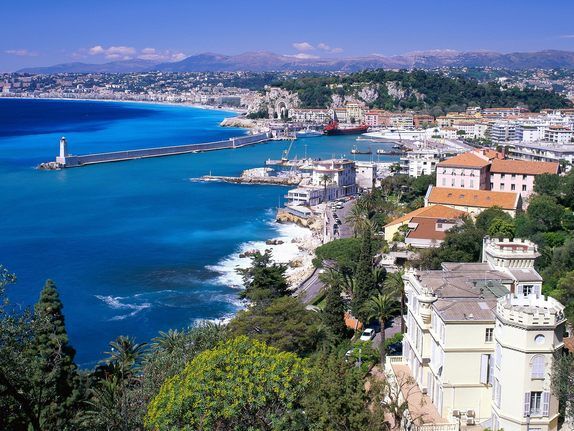 Naturaly, in Nice you need to walk up and down the Promenade des Anglais a great way to people wach along the pebble beach.  The Vieux Nice or old town is a must with it´s flower market in Cours Saleya.

The old castle at the far East of the promenade will give you a perfect view of the city.

On the other side of the castle, you'll find the Port Lympia

You will probably only have time to see one great museum. I recommend Musée d'Orsay (above the Louvre). Spend your time walking around all the great neighborhoods: Montmartre, Quartier Du Marais, the Latin Quarter and Saint-Germain-des-Prés. Stop and enjoy a small bite and something to drink and sit and watch the world go by at a great cafe. Oh I wish I was going with you.

answered by
Anthony from Nice

You definitely have to see Place Masséna (by day and by night) and you have to see Le Chateau that is beautiful in Nice!

You can easily find many bars/restaurants in the old town. My favorite place to go out is Wayne's Bar(you can eat there as well). It's (for me) the best place to dance/drink. From 8:30pm-10:30pm you have a band playing acoustics songs. Then from 10:30 to 00:30 you have a rock band playing on stage and everybody is dancing on the table. And then from 00:30 to 2:00 you have a DJ.

Some other interesting place to go out:

To eat, La Maison de Marie is a bit expensive (you can find the menu on their website) but the place and the food are great.

Take time to visit Eze and Saint-Jean-Cap-Ferrat they are beautiful and you have buses that go there pretty easily.

Masséna or Nice Old Town(this is the place with all shops, restaurant, bars) for places to stay.

Seems like people have touched on the main "must sees", most of them (Eiffel Tower, Arc du Triomphe, Notre Dame, Louvre, Tulleries, Champs d'Elysees) are along the same area so you can easily see them in one day.

I'd definitely make a point of spending at least half a day in Versailles, it's historic and breath taking whether it's your first or 20th visit.

The neighbourhood of Montmartre where the Basilique du Sacre-Coeur is located is a very Parisian neighbourhood, great to wander around they have a market on Sundays and some lovely shops.

Another place we really enjoyed is Château de Vincennes, there were barely any people there and it's got so much history.

You might also want to check out the Pantheon or the Catacombs.

answered by
Yoana from Santa Ana

Eiffel Tower, Musée du Louvre (where the Mona Lisa is), Pont des Arts, Notre-Dame de Paris, and Basilique du Sacre-Coeur. You could do all of that site seeing in 2-3 days.

Afternoon:  Tour the The Louvre.

Evening:  Enjoy the Trocadéro scene and a twilight ride up the Eiffel Tower.

Midday:  Cross the pedestrian bridge from the Tuileries Garden, then tour the Musée d'Orsay.

Afternoon:  Tour the Musee Rodin, or the Army Museum and Napoléon's Tomb.

Evening:  Take one of the tours by bus, taxi, or retro-chic Deux Chevaux car recommended in Rick's guidebook. (If you’re staying more than two days, save this for your last-night finale.)

Morning:  Ride the RER suburban train out to Palace of Versailles (tour the Château and sample the gardens).

Afternoon:  Take your pick and tour a section of Paris, such as the Quartier Du Marais Walk or Montmartre Walk, also featured in Rick Steves' Paris book.

Evening:  Cruise the La Seine or have dinner on Ile Saint-Louis, then take a floodlit walk by Notre-Dame.

I agree with the wonderful and free view from the Basilique du Sacre-Coeur. It is stunning. If you like the macabre, visit the Père Lachaise Cemetery to see where the famous people like Marcel Marceau, Jim Morrison, Oscar Wilde and my beloved Modigliani are buried. Wear comfy shoes and do the long walk from the The Louvre to the Champs-Élysées, Place de la Concorde, Tuileries, Arc de Triomphe. Have fun!