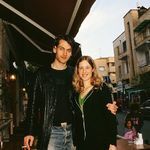 My wife and I are headed to the city this summer—it’s our first time and we take food very, very seriously. We’d love some suggestions about where to go! Holes in the wall are great, but we also want some experiences that are more on the “fine dining” side, too.

One of my fav meals ever was The Modern.  Crif Dogs is hipster and yummy.  Pastis is classic.  Balthazar Restaurant is great for late night dining.  Oh, and get the sticky buns at Momofuku Noodle Bar!

answered by
Tim from San Francisco

I actually have a great list of NYC restaurants in my book The 4-Hour Chef:

answered by
Rachel from Los Angeles

ABC Kitchen is the newest Fashion hot spot -- it's the perfect venue for post show after parties, and the food is insane. I also love Indochine Restaurant and Babbo (I've spent every anniversary with my husband here). Also, definitely try the Waverly Inn--it's one of my favorites--just be sure to make reservations. Another favorite is Del Posto Ristorante where I just pulled off a surprise celebration for my mom and dad's 70th & 75th birthdays! It's one of my family's favorite spots!

My parents are big foodies and live in the city so they're pretty on it as far as food goes. Here are a couple of suggestions that include some classics and some hot eateries.

·         Mike's Pizzaon 2nd ave and 24th street – totally unglamorous hole in the wall but their penne a la vodka is insane. My parents actually live across the street from it and every single night you can see delivery guys just going back and forth and back and forth because so many people order from there every night. Another great restaurant in that neighborhood is Mexico Lindo. Great Mexican food and they have Mariachi bands just about every night.

·         Les Sans Culottes–great, always reliable neighborhood favorite. It looks like it was last decorated in about 1965 but that’s what I like about it. They bring out a sort of meat tower as an appetizer and you basically cut slices of pepperoni, etc. off the meat yourself.

·         Chez Napoleon–another favorite of mine, although it’s on the other side of town.

·        Tartine downtown is out of this world, too, although not for the claustrophobic. Finally, I know it’s become insanely trendy, but I still love me some Balthazar Restaurant.

·         Katz's Delicatessen—Don’t leave town without going to a deli! Katz’s is my favorite!

·         Gramercy Tavern– even though it’s really trendy right now. I’m not sure which is better—the food or the drinks. Our bartender was incredible.

·         One if by Land, Two if by Sea–they have a great Sunday Jazz Brunch that’s wonderful. Really creative dishes like lobster with coconut. It’s a really, really beautiful place, too.

·         Eatalyis actually pretty great as much as I hate to admit it (actually every New Yorker hates to admit it because it's become such a tourist trap). I love it because they let you walk around with a glass of wine here.

·         Joe Allen Restaurant – a true New York institution. The food is pretty basic (think hamburgers and fries), but it’s a great pre-dinner hang out and you’ll probably see lots of actors having a bite before heading to the theater.

·         Petite Abeille –I hate chains but this is a small one that makes the most incredible eggs Benedict I’ve ever had in my life. I’ve never had a bad meal there, either

Look into Per Se. It's Thomas Keller (of French Laundry in Napa fame)'s NY restaurant.

Another insane italian restaurant is Locanda Verde in De Niro's Greenwich Hotel. One of the best meals I've had. Reservations necessary.

For brunch, go to Norma's. Location is a little weird, inside the Parker Meridien hotel, but the food is out of control.

Try to get reservations at Per Se. It's kind of pie in the sky, but add it to your list of "must go!" places for the future!

Magnolia Bakery is incredible and on such a great street. Be sure to check out Serendipity 3 which is a New York legend. Pastis is a great place to grab a bite and they have always been nice with my kids! Also, I'm sure you know that New York has a great Chinatown New York with lots of great places to eat.

I have one of my favorite meals of all time at Grand Central Oyster Bar. Served right in one of New York's most famous land marks, this is a great spot for fresh oysters and a great selection of quick eats and light bites.

Here are some other absolute musts in the city:

If you like seafood, you'll have to check out these ones:

If you're feeling really adventurous and want to try Bizarre Foods in the USA, head to Congee for goose intestines, jellyfish salad and of course the famous congee.

answered by
Robert from San Francisco