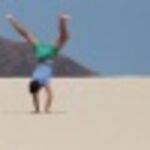 Where can you find the best burger in New York City?

This is certainly a question to cause some controversy as everyone seems to have an opinion.

Annemarie put together a great list which I agree with ( BareBurger and  PJ Clarke's are on my list too).

I'd also add  Five Napkin Burger (they have a few locations in NYC) and  Burger Joint (there's one at Le Parker Meridian and one on 8th street).

Then there's Umami Burger (432 Sixth Avenue, New York, New York 10011) which recently opened their New York outpost and has people waiting in 3 hours lines. There are now more Umami Burgers in Los Angeles than you can shake a stick at, but when they launched here there was similar fanfare. I wouldn't wait anywhere near 3 hours though.

However, when I'm in the city, my usual go-to is  Corner Bistro (331 W 4th St, New York, NY 10014). This isn't one of those super trendy burger joints with huge plans to take over the world -- it's just a real, authentic, New York City/West Greenwich Village kind of place. They've been around for decades and the interior has remained virtually unchanged.

At The Corner Bistro you'll be eating with the locals on hard wooden benches, you'll have a few beers to choose from, and a few burgers to choose from (no fancy-schmancy "gourmet" burgers here). You can get a hamburger or a cheeseburger and add bacon or chili if you want - that's it). They come out quick and are served on a paper plates.

This made me very hungry! Enjoy New York City.

Annemarie
As a native New Yorker, I have an aversion to anything with a line, thus, I've yet to try Umami, but I've heard mixed reviews.

Trevor
I agree regarding lines! Wait until the hype dies down a bit then an Umami burger is worth a taste. By no stretch of the imagination is it bad - there just may be better burgers out there.

Debbie
I see Umami as a bucket list thing. I think you need to go to one at least once, any location!

Jenni
If you want to get fancy, nothing tops of the Black Label Burger at Minetta Tavern or Peter Lugar's burger. But for a more casual vibe, I love the burgers at Silver Spurs. There are 2 locations in Greenwich Village.

Absolute Best Burger in NYC. J.G. Melon on the Upper East Side.  It's a MUST SEE spot in the city as well, in my opinion.  Much like other burger favorites listed, it's remained unchanged for years.  Grab a table outside if the weather is nice, enjoy a Bloddy Bull (Bloody Mary w/ Beef Broth) and a bowl of chilli to get the true experience.  Then maybe do a couple laps in Central Park to run it all off.

PJ Clarkes is great i in the Summer/Early Fall

Annemarie
Is this the place where they serve the burger on sliced bread and there are maybe five items on the menu? Not far from the Met? I think I have been here before.

Grant
The burgers are on a bun...but the menu is limited....could be the same place!

No matter what anyone says, I promise it isn't Shake Shack. Yes, their shakes are great, but there are a few other spots that beat it when it comes to burgers. Jackson Hole is out in Queens but worth the trip. Amazing little spot. Also, PJ Clarke's and Clarke's Standard. And if you're downtown, BareBurger is truly fantastic and juicy with lots of options. I'm out in the 'burbs and we also have Standard Burger, which is a pretty decent chain, as far as they go.

Simon
Great, thanks!:) Hopefully I will go to NYC mid-March-April next year. I will be definetly checking out these places! Thanks a lot