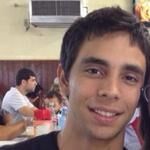 Where can I find Brazilian Food in Manhattan?

I use to go to NY every year, but i still haven't found a good Brazilian restaurant there!

Hi Erik! I bet that everyone is going to tell you to go to Churrascaria Plataforma, and with good reason -- It's a great Brazilian steakhouse and it's right in the middle of Midtown. But few people know about Newark, New Jersey's Little Portugal, which is a few-block radius of everything Brazilian and Portuguese.  Rivera has the best pão de queijo I've tasted out of Rio. The two best steakhouses are  Rio Rodizio Brazilian Steakhouse and  Brasilia Grill, and I think they both have Sunday feijoada, but I've also heard good stuff about  Boi na Brasa Churrascaria.

Newark sounds far but you can take a train from New York Penn Station to Newark Penn Station (yep, same name) in maybe 15 minutes total and it's like stepping off the plane into Sao Paulo.

Here's more info on the nabe from the New York Times:

Luciana
I do like Plataforma, been there many years ago but it was the best churrasco I've had in the US, even better than the several Fogo de Chao churrascarias scattered across the country.

Annemarie
I'd agree with that. Plataforma is way better than Fogo, which reminds me of McDonald's for Brazilian bbq.

answered by
Kaydee from Brooklyn

Hey Erik - Check out Casa at 72 Bedford Street in the West Village. New York prices but the food is delicious http://www.casarestaurant.com/

answered by
jake from Doral