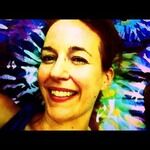 What to see in NYC with my parents and kids?

We are visiting my father and step mother in the city with 2 little boys ages 5 and 7. We may just go to the park but what other things are there that we may not know about?

They live near 87th and Amsterdam.

answered by
Jenn from Boston

This depends on how long you are staying. This age bracket is perfect for American Museum of Natural History and Central Park ZooAnother wonderful museum for kids, little boys in particular is USS Intrepid - be sure to get the extra ticket to go inside the submarine and see the Space Shuttle. I think the kids are a bit young for a trip all the way to the Statue of Liberty. A great way to see the southern city skyline on a budget is to take the Staten Island Ferry round trip. If you can say "no" to kids wanting a ton of toys, check out FAO Schwarz and Toys"R"Us/Babies"R"Usis quite amazing too, but Times Square may be too busy for the little ones. Have fun!

The Irish Hunger Memorial is a little-known NYC gem. It overlooks the Hudson and offers a glimpse of the Statue of Liberty from a grassy hillside sandwiched between skyscrapers in lower Manhattan. The High Line Park in Chelsea is also wonderful for all ages.

A few suggestions that are on the UWS:

I always like the American Museum of Natural History on UWS for kids. Lots of interactive and cool stuff to keep them occupied. In Central Park there's the Central Park Zoo and in the winter the Wollman Ice Skating Rink. In that neighborhood is also Children's Museum Of Manhattan. 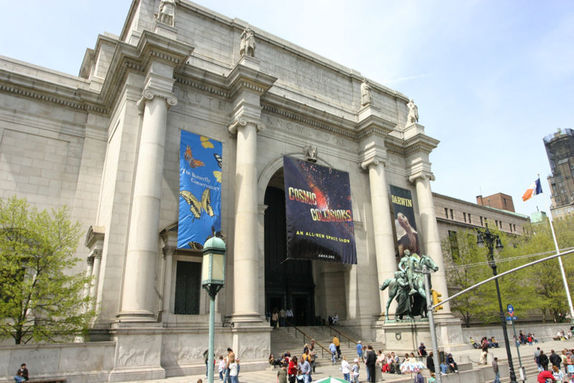 Little Shop of Crafts let's kids make their own pottery. Bank Street Bookstore is also devoted to children. These are UWS as well.

I live just north of the city.  It always amazes me how many people who live in this area don't know a damn thing about this city.  I tried to remember the things that sparked my excitement when I was a child (no small feat!).

The Staten Island Ferry is a fun, short boat ride for everyone.  So is the Ferry out to the Statue of Liberty.

I remember the biggest thrill of my first visit to New York was riding on the Subway.  Funny thing is, it was a thrill for many of my adult friends from Boston too.  Funny because, Boston is a city with it's own subway system.  The good thing about this is it open up the entire city to you.  Plus it's usually quicker, and definitely cheaper than a cab.

Something that is fun for all, and free unless you decide otherwise, is a stroll through Chinatown New York.

Also if you're in that section of lower Manhattan, you'll be close to Katz's Delicatessen (on the corner of Houston and Ludlow).   This is one of the last, true deli's in New York.  Also, it's where Meg Ryan's famous scene from, "When Harry Met Sally" was filmed; but I don't suggest you show the boys that film, just yet!

Central Park Zoo is fun ,as well as historic.

The USS Intrepid is fun for kids of all ages.

FAO Schwarz (now closed) is fun for kids, plus you can prime them for the experience by watching the Tom Hanks film, "Big" with them.

Finally, I heartily recommend the Lower East Side Tenement Museum, 97 Orchard Street, in the lower east side.  This 1860's building is set up to reflect the various immigrant groups the settled in that area throughout the years.  Each apartment is setup to reflect immigrants of different origins, and costumed actors recreate the day to day lives of these people.  The ground floor is set up as a business from the past.  There are walking tours of the neighborhood, as well as various events throughout the year.  Highly recommended!

Depending on when you go, the American Museum of Natural History is a good time.  Since it's usually a lengthy time commitment, and an indoor venue, I'd recommend it if the weather is either cold or inclement.

Some folks may suggest the walk across the Brooklyn Bridge, but I'm not too sure about it.  Yes; it's historic and impressive, but it's usually mobbed with tourists.

Liz
Thank you so much for great info. Some of those were already on our list but you are right they will probably be fascinated by the subway lol