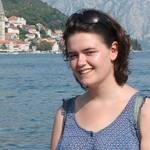 What to do in New York City in January?

I'll visit New York City in January (12 till 19th of January). I've booked my flight and my hostel already.

Well, I've got seven days to fill in and I'm especially looking for suggestions for when the weather is bad. Most of the suggestions I got from others is that you just have to walk through the city and I will, but when it's raining, snowing or when it's just cold, I think I will enjoy some time inside.

The only thing I already planned is Matilda the musical. I'm so excited! Yes, I'm a musical fan, so suggestions for musicals or buying tickets (last minutes, for example) are also very welcome!

Please, tell me anything you like! Seven days in January, on my own in New York City: what to do?

I'm glad to see you decided to visit New York after all.

One of the best things about visiting a major city is that most of the attractions are not dependent on the weather.  Your Broadway play is a fine example; rain or snow; the show must go on!

Now for the good news.  New York is in the middle of one of the mildest winters its resident can remember. This trend is expected to continue through the end of January.  During the period you'll be there the high temperatures are expected to be between 12 and 18 degrees Celsius.  Some of the nights may get chilly, but none are expected to approach the freezing mark.

So, about your request; suggestions for when the weather is bad.  Well, when is it going to be bad?  Treat the weather as if it's autumn, rather than winter.  You should be able to do just about anything you'd do in the warm weather months, and with far fewer crowds.

I mentioned to you back in November the real culprit of the New York winter is not so much the cold as it is the wind.  This is still something to keep in mind.  Depending on the direction the wind is coming from, the canyons made by the skyscrapers can funnel the wind right at you.  That can make it feel colder than it really is.  When you dress, do so in multiple, thin layers, rather than one heavy one.  Dress to block the wind rather than the cold.  Keep some gloves or mittens handy, and for the love of Pete, wear a hat!

The only sites that might be compromised by the weather are Battery Park, the River Walk, the Staten Island ferry, and the Statue of Liberty.  Again, this is due to the wind as they are right on the water.   It's never been an issue for me, though.  I tend to favor the winter.  You'll know once you're there if you'll want to avoid them, or not.

The bottom line is, should be able to do whatever you damn well please!

In closing, I would like to recommend two things.  Visit Central Park.  Even if you just take a short stroll through it, it's worth the visit.  This is true even in the winter, when it takes on a certain charm that isn't there in the warmer months.  There are walking tours and bicycle tours available, and of course, you can do it on your own.

Finally, consider eating a Katz Delicatessen.  Located on the corner of Houston and Ludlow, it's the true New York dining experience.  Open since 1888, it's one of the last real delis in New York City.  If you've ever seen the film "When Harry Met Sally", it's where Meg Ryan's famous scene was filmed.  It still serves the best Pastrami, anywhere!

answered by
tiffany from Shelburne Falls

Indra has some great suggestions! Here is a good guide to free days at all of the museums http://www.nyc-arts.org/collections/35/free-museum-days-or-pay-what-you-wish  Walk the High Line Park Highline for sure!! go to the art galleries underneath the Highline. The Brooklyn Flea ( a hip flea and food market in sunset Park) is indoors during the winter and very very cool and you could also check out Red Hook and Brooklyn Heights and DUMBO. You should do a day or two in Brooklyn for sure. The Staten Island Ferry  is free and you can get a good view of the Statue of Liberty and have a nice boat ride. Definitely get lost just walking around the Lower East Side, East Village and Nolita. Bring warm clothing and good shoes and pretend it's spring time in NYC :)

You definitely should check this site out! http://www.playbill.com/celebritybuzz/article/broadway-rush-lottery-and-standing-room-only-policies-116003

Lots of shows hold lotterys and tickets can be won for cheap!!! Its a good way to spend cold/snowy nights indoors (or days on weds/sat for matinees). Also, both the The Metropolitan Museum of Art and American Museum of Natural History are pay what you want so you can spend several hours on $5!  If you're a shopper then hit up the big department stores; Macy's Herald Square, Lord & Taylor Bergdorf Goodman are all good if its nasty out and you need to kill some time. I don't know what you're into but there is always sporting events at Madison Square Gardenand Barclays Center or you can hit up some of the other places in Times Square such as Discovery Times Square or Madame Tussauds New York.  If you're into old school video games there is a great place called Barcade (link for the map isn't working) but it has several locations, barcadenewyork.com will have info.

Hope this helps and enjoy the city!!!

answered by
Matteo from Turin

Personally I consider NYC the cultural capital of the world, there are the best museums I ever saw, especially if you like modern art. The Museum of Modern Art is outstanding. I would also visit again the Solomon R. Guggenheim Museum and the The Metropolitan Museum of Art.

Then there are a lot of other museums almost about everything you can think of. According to my interests I personally loved also the Museum of American Finance , the New York Transit Museum

answered by
Sally from Paris, France

I see what you mean when you say, to walk in NYC's street whereas it's raining is not really funny during a trip... I just read an article about a musical in soho, you should read it further there are other adress I guess you'll like it!  Things to do in New York :) !! Have nice trip :)

answered by
Laurent from Brussels, Belgium

For tickets, you have to go to Time Square and wait when they are selling discounted tickets.

Very attractive and give you the opportunity to go see all the musicals available at the time you will be in Big Apple.

I can spend the entire day (especially a rainy one) at the Museum of Natural History.

answered by
Bonnie from United States

There are a bunch of fun free comedy shows. Two of my favorites are Dumbo Comedy DUMBO KITCHEN the first Tuesday of the month -starting at 7:30 and The Living Room Show Postmark Cafe every Friday at 8:00.

There are also so many great museums to visit!

answered by
Indra from Riga, Latvia

Spend some time in the West Village - you can easily pop into a cafe, restaurant, bar, jazz club, museum, gallery, or store if you get cold and need some warming up! If you happen to need a mani/pedi JINsoon Hand & Foot SpaJINsoon Hand & Foot Spa  is excellent (great attention to detail and even better relaxing atmosphere from the city hustle!) - they also have two other locations (one in East Village & one on Upper East Side) - when they offer tea make sure to say yes and get the citrus kind!

If you are a museum person there's a plethora of choices. I would suggest not missing the The Metropolitan Museum of Art, Solomon R. Guggenheim Museum, Whitney Museum, The Frick Collection, The Cloisters (a little further uptown but well worth the longer trip on the subway!).

There's plenty of shopping to be done if that's your thing as well - SoHo neighborhood in Manhattan has the most concentration of stores, both bigger popular retail chains (Zara, Bloomingdales, Uniqlo, etc) as well as really unique boutique stores to choose from. Pop into trendy Jack's Wife Freda for lunch or dinner to warm up in between!

Make sure to get over to Brooklyn as well - Williamsburg, Carroll Gardens are two of my favorite neighborhoods. If the day is not too cold (given the temperatures NYC has had this winter it is highly likely) walk over the Brooklyn Bridge for an amazing experience!

Recommendations for other musicals if you have the time:

-Book of Mormon (very popular so tickets are unfortunately quite expensive)

answered by
Aju from Bangalore, India

Museums! There are a ton of really good ones in the city as you know. The Metropolitan Museum of Art never disappoints. Will easily take half the day even if your interest in art is peripheral. The entry fee here is a "recommended" amount.. feel free to give as much or little as you want. The Museum of Modern Art is popular too, but I found most of the exhibits too abstract for my taste. Solomon R. Guggenheim Museum is worth looking at for the architecture. The exhibits change quite a bit so it depends whats on tap when you go.
If you have any favorite artists check if there are any special exhibits in these museums around these artists. These happen frequently.
Also along the same lines, if you have any favorite authors, check for signing events in the city as they happen frequently.(I recently got my Salman Rushdie books autographed).
Another thing that you may enjoy about the city are the (usually) high quality buskers in the subway. Union Square station is a good place to catch some like Too Many Zooz (https://www.youtube.com/watch?v=FZu097wb8wU). Union Square also has the best farmer's market in NYC. Catch some warm cider at the market, see if there is a book signing at the Barnes & Noble or Strand Bookstore near by and duck into the subway for some free music! Of course, there are usually great paid music performances as well.

If you like medival art, the go to the The Cloisters in the north part of the city. Its a medival art collection in a monastery from that age.. if that's your thing.