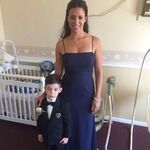 Train or Car to DC from NYC?

Trying to figure out if I should rent a car and drive to DC or take the train from NYC?  Any suggestions welcome.  Much Appreciated!

answered by
Sarah from Philadelphia

It depends how much money and time you'd like to spend. If cost is your bottom line, take a good bus line. If comfort is key, take the train. And if flexibility suits you best, take a rental car.

Car: As someone who's lived in DC, NYC and Philadelphia, I know driving around these cities is not fun (although better than LA?) You will hit a lot of tolls, and most likely traffic too, even outside of rush hour. EZ-Pass will help you get through tolls in the fast lane, but rental cars can charge a lot for this, see Rental Cars and EZ Pass. But hey, if you want to stop for sights around Philly, Baltimore, or take a detour to the beach/shore, by all means driving your own car is great.

Train: Taking the train is wonderful if you're willing to spend the money. Amtrak has many options, so look carefully, and use discounts if you can. Booking in advance, prices for a basic regional train, coach class, could cost $49 one way for a non-refundable Saver ticket, or $88 one way for a Value ticket. Spend a little or a lot more for business class, or the time-saving high-speed Acela, coveted by all business travelers (which shaves off 25-50 minutes one-way depending on time of day.)

Bus: Buses are wonderful cost saving options. I've taken Bolt Bus, MegaBus, Greyhound/Peter Pan, Vamoose (stopping in DC suburbs in MD and VA), Chinatown Buses, and probably others. You'll likely stand in line outside on a sidewalk somewhere, but the cost savings is enormous! Think fares as low as (or lower than) $12-25 one way. Keep in mind there is less passenger privilege and less reliability. A bus may arrive late, be overbooked, need to wait for a new driver, and so forth. I love Bolt Bus for its wifi and tendency for larger, nicer seating than some of the other cramped, older buses. Chinatown buses were by far the worst and not something I would ever recommend to anyone. Here's a great bus line comparison: Washington Post Travel on Buses.

answered by
Helene from Boynton Beach

You can take a bus service for $20-$40. Called Vamoose. Get on in midtown Bus has 2 or 3 stops in DC area. You can check schedule and book reservation on line. Easy, inexpensive, clean, wifi. Can't beat it for cost and convenience.

answered by
Connie from Washington, DC

The train is faster, but more expensive. The least expensive way is the bus. It's $25 round trip to DC. It takes the same amount of time as the car but you have wifi. There are several companies. They leave from various places in New York but all come into Union Station in DC which is where the train would bring you.

Take the train unless you need the car after you get there. Traffic from NYC to Washington can be a night mare.

answered by
Julie from Milan

Bus. I just rode from NYC to DC in about 4 hours with Megabus for.... $26 each way. It was super nice too! You can bring on your own food and drinks. Once you arrive in DC they have excellent metro connections so you shouldn't need a car.

It's a long ride 4-5 hours from NYC and when you get to Washington there's no where to park. It's easier to walk taxi or public transportation

answered by
Gemma-Kathleen from Sydney, Australia

bus all the way!

If you need a car in the big apple, you should drive, but the train is sooooo much easier!!

If you're looking for a slightly less stressful ride, I'd do the train or bus. The drive is long enough that you might get a little antsy, and if you just take the main highway it's not particularly stunning scenery. :) Hope this helps!

answered by
Faheem from Washington, DC

Trains are best but unless you purchase the ticket well in advance and off peak, then it will be about $150+. Bus is the best alternative considering cost. Vamoose has a gold bus that goes once a day for $60. It has more legroom than your regular bus, But you need to reserve a seat and it only leaves in the morning from Arlington or DC.

Take the Acela train for the comfiest/quickest trip or a Bolt Bus for the cheapest (and still pretty easy - decent seats and wifi). You don't want to drive yourself.

answered by
Kristen from Columbus, Ohio

I personally recommend the train -- between traffic/parking, the Amtrak typically ends up being cheaper and much more convenient. Both stations are central in their respective cities, so very easy to get to and navigate.

Without a doubt, about the last thing you really want to do is to drive from DC to NYC.  The 3 1/2 trip isn't very scenic.  It's tends to be tedious and annoying.  Worst still, once you get to New York, you have a car to deal with.  That's one thing you really don't need in New York.  There's no need to drive anywhere in New York.  It has one of the best public transportation systems in the world, and it operates 24 hours.  In addition, parking is a nightmare.  You can spend a lifetime looking for a curbside spot, or spend a fortune to park in a garage.

By the way, don't kid yourself into thinking that you car is safe and secure just because you've parked it in a garage.  Aside from dents and an additional 40+ miles on my odometer, I've also received summons during a time I knew damn well I had left my car in a garage. It turns out if an attendant needs to retrieve a car blocked by others, they simply pull those other cars out into the street, leaving them wherever they please. During that time, your car can be ticketed. If your thinking, "Ah-ha! Then they're liable", think again. I fought it. It's clearly printed on your parking stub (providing you can read micro dot) that by using their facility you absolve them of all responsibility. Not only did I still have to pay the ticket, but I was further sued by the garage for their court costs!  Also, the same applies to beak-ins and vandalism to your vehicle; it's your problem, not theirs.

On the other hand, train fare usually runs between $50 and $90.  Although the trip isn't any more scenic than it would be driving there, it does have several advantages.

First, it's easier on your psyche.  All you have to do is walk aboard and sit down.  The trip isn't any longer than is would be by car, and you can use that time to read, relax or even nap.

Secondly, the train arrives at Penn Station, in the heart of Manhattan.  You can access the subway from inside the station, or catch one of the numerous cabs outside.

Finally, you don't need to worry about parking a car, or its security once you have.

A final thought; you can probably find an inexpensive flight between the two cities for about $80.  However, depending where you fly into, and how you decide to get downtown, be prepared to add an additional half hour, and $50, to you trip.  Still, it does get you into the city at least two hours sooner than any other method of travel.

If I was the one taking this trip, I'd take the train.  I like the idea of napping  during the trip, then getting off the train right in the heart of town, ready to rock and roll!