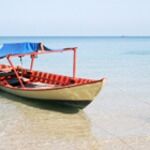 Staten Island & staying in the Bronx

Hi, we planning our future stay in NYC a bit but I don't know if somebody advises me to visit Staten Island or not?

And is it recommended to stay in the Bronx in stead of Manhattan?

No to Staten Island (New York), although the ferry is a super cheap way to see NYC from the water so I'd definitely do a round trip ferry ride.  Must stay in Manhattan, no reason to be in the Bronx.

Anyone who tells you not to visit the outer boros is likely not a native New Yorker, because everyone who has spent their life here knows that all the best stuff is just out of reach of the masses. We build it that way purposely ;)

In the Bronx, I am addicted to Madonia Bakery and Gino's Pastry Shop. Arthur Avenue Cigars is a fun throwback to the area's Italian heritage, too. If you come when it's warm, play boccee with the locals at  Ciccarone Park and don't be offended when they beat you. Monet's Garden at The New York Botanical Garden is in the area, as is the gorgeous Wave Hill -- don't miss the woodlands or conifer sections. I've spent entire afternoons of my life just reading books and staring at trees at both of those places; so idyllic you wouldn't know you're still in New York. Skip the Bronx Zoo though, unless you have kids. If you do, then don't leave without visiting the bats in the "World of Darkness," and be prepared to pay a crazy amount just for entrance.

*Edit: I forgot the whole reason I wanted to answer this question. A really swanky boutique hotel just opened up in the Bx. It's a 100-year old building that used to be an opera house and it's completely renovated and offers free wifi, big rooms for a NYC hotel and rates around $100/nt. Not surprisingly, it's called Opera House Hotel.

I live in Staten Island and hated it until I moved here -- it's definitely a different world from the rest of the city. The Staten Island Ferry is free, ad when you get off, you're right near two of my absolute favorites. Snug Harbor Cultural Center has a Chinese Scholar's Garden so authentic that actual Chinese scholars frequent it (they also have an avante garde arts arena with rotating shows and frequently feature orchestras from across NYC). And Enoteca Maria, a restaurant sans solid menu where a different Italian grandmother cooks for you every night -- and no is not an option. Cash only, be prepared for a wait as there are only a handful of tables.

Nearby, Cargo Cafe is where the art scene kids love the hang out, and there's a huge young art scene on SI. And fashion editors love to hop next door to Everything Goes, a vintage store that finds the best estate sales from the wealthy folks that live on SI's Todt Hill (Mookie Wilson and Mike Piazza are former residents).

Further down the island, there's an actual light house you can drive past -- Staten Island is the highest point on the eastern seaboard -- and right down the block is the only Frank Lloyd Wright home built in New York City. I wont map it because it's a residence, but here's more info. On that same stretch, you'll find NYC's only museum dedicated to Tibetan art, the Jacques Marchais Museum of Tibetan Art. It's very high up on a hill overlooking the bay and the Verrazano Bridge and you can do yoga there as the sun rises and sets.

If you come in warm weather months, there are more hiking trails on Staten Island than anywhere else in the city. Start at Greenbelt Trail and work your way up to Moses Mountain, a climb dedicated in humour to New York's infamous urban planner Robert Moses, who tried to clear the forests to make more highways.

Again in warm weather, visit South Beach, probably of one NYC's quieter public beaches, where you can swim with a crazy view of the bridge.

Finally, if you can get all the way down to Tottenville you can visit Conference House Park, the site of a conference between British Lord Admiral Richard Howe and Founding Fathers Benjamin Franklin, John Adams, and Edward Rutledge, and further along the beach you'll find a pole marking the very southern-most tip of New York State, where you can wave across to New Jersey.

Beb
Well, this was the information I needed! Not my first time to NYC and I will definitely follow your tips!!! Cheers.

Annemarie
You're welcome! I've lived here my whole life, so let me know if you have any other questions about any part of the city at all. Oh, and if you have time, make it out to Jackson Heights and Flushing neighborhoods in Queens. Great ethnic areas full of amazing Indian and Chinese specialties.

I wouldn't visit Staten Island (New York) unless I was going to have a long stay, I think it's best to take the ferry there and see the Statue of Liberty and go back right away.

As to staying, I'd recommend Brooklyn, just make sure your hotel is near a train station!

I am not sure what you would like to do or how long you are staying in NYC. The Staten Island Ferry trip is an adventure unto itself but in my opinion, there isn't much to see on Staten Island (New York).

As for staying in the Bronx vs. Manhattan, if there is your first time to the Big Apple, I would stay in Manhattan. While it is very easy to get around town via subways and buses, you want to be closer to the action. I would spend the day around 125th street and see Harlem. There are plenty of lovely places to eat in Harlem as well.

I hope that helps. If you would like more specific recommendations, please let me know.

Courtney
These are great suggestions, Jennifer! I've added an "@" sign next to your suggestions so that they show up on the right hand side in a list and mapped. It's a really cool function on Trippy!

There is not much to see in Staten Island (New York). It is very suburban and mostly just residential housing. You're better off spending your time in Manhattan.

answered by
Ruben from Madrid

Hi Beb, I was in NY last month and I could recommend you to take the ferry to Staten Island (New York) just to watch the Statue of Liberty not too far away, and the south landscape of Manhattan from the boat, that is amazing :)

And one thing more, this ferry is for free! You could take one to Staten Island and the next one to Manhattan without problem.

About the acommodation, We was in Brooklyn, at  Cobble Hill district, and was a very good place, just one Metro station from Manhattan.

Yeah Staten Island is a snooze and only really worth a visit if you're here for a long period of time (and can spare a day) and want to just be able to say you've been to all five boroughs. I would say your best bet for somewhere to stay is Brooklyn (in the Williamsburg or Park Slope or Fort Greene areas) or Queens (in Astoria), or Manhattan if you can afford it.

Plus one on both answers--really not much to see on Staten Island (New York) or in the Bronx, especially when you've got the city there. Stick to Manhattan.