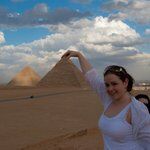 On my last trip to New York I stayed on the Upper West Side. It was a great place to stay but there were so many different neighbourhoods with different vibes. I am interested to know where other people stay when in New York & why?

I'm in Harlem (Harlem), and can tell you it's wonderful! People often assume it's a long commute, but it's only about a 20-minute subway ride from Midtown. What's nice is that you can retreat from all the crowds, and explore a great neighborhood.

This area is home to the famous Apollo Theater (Apollo Theater, where legends like Duke Ellington, the Jackson 5, Aretha Franklin and more have performed). If you want to explore local food, I'd highly recommend Red Rooster (Red Rooster, lively music and great food), Chez Lucienne (Chez Lucienne, lovely, authentic French food), Sylvia's (Sylvia's, for Soul Food) and Corner Social (Corner Social, the fried chicken and pancakes are really tasty). These restaurants are all by 125th and the 2/3 train (an easy, express subway you can take from Times Square).

Debbie
Amazing answer, Nicolette! Harlem is one NYC neighborhoods that I haven't explored too much, so I'll have to go back! By the way, I'm a community manager here and I've helped you highlight the places in your answer on a map! In the future, you can do this yourself as you answer a question by simply typing the @-symbol followed by the name of the place. Take a look at your map next to your answer :)

I stayed in the East Village - it was absolutely sensational. Lots of amazing places to eat and drink, good coffee and an easy commute elsewhere in the city via the subway at Union Square It's a bit grungy down there but felt perfectly safe and at ease walking around, even late at night.

If you want to be in the heart of New York City but feel like you're in the middle of nature, you should think about staying on Roosevelt Island... it's a small slice of heaven in the middle of the East River; one subway stop away from midtown. There's even an aerial cable car you can use to get there.

I live here and I live in Brooklyn.  In Park Slope specifically.  It really depends on what you want out of the neighborhood.  My neighborhood is very green, leafy, near Brooklyn's huge Prospect Park, great restaurants, bars, etc.  Williamsburg (another hood in Brooklyn) is more hipster with edgier boutiques and nightlife.  I also really love Fort Greene in Brooklyn--also very green, but very hip with amazing restaurants, shopping and flea markets.  I prefer Brooklyn to Manhattan for the space--bigger apartments, more grass and hipper than Manhattan.

I have to put in a plug for the neighborhood I grew up in, the Flatiron District. 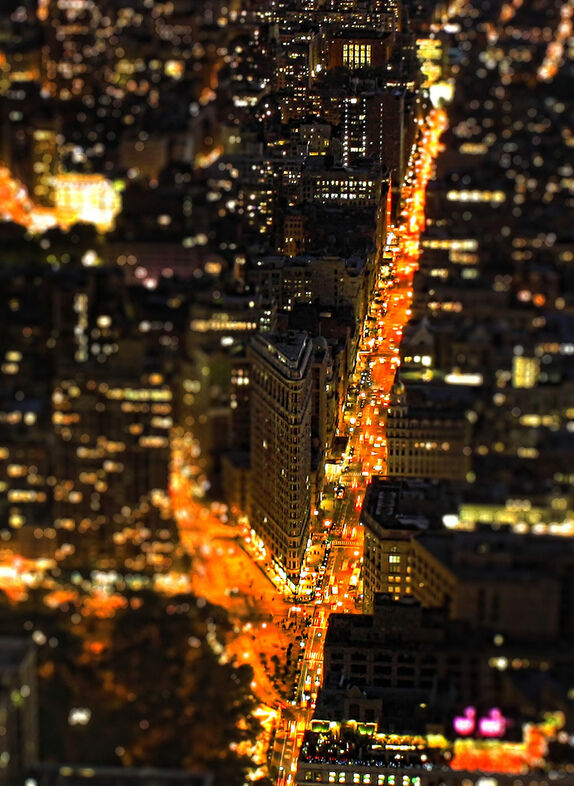 It used to be kind of a nothing area, but it's exploded in the past few years and for good reason. For one thing, it's incredibly convenient--it's right near subway lines that connect to just about any place you can think of and it's a hop, skip and a jump away from so many other great neighborhoods.

It's also one of the oldest parts of the city and was primarily built up around the turn of the last century (the time of the "Gilded Age") so there are lots of very grand, very ornate buildings. If you've stayed on the Upper West Side I think you'll see some similarities in the sturdiness (for lack of a better word) of the buildings. It also happens to be an area with a lot of beautiful parks that have been around for, in some cases, over a hundred years and there's been a big push in the past four or five years to really...what's the word...revive them and in my opinion, they've become some of the best spots in the neighborhood.

I'd say the vibe here is old money meets downtown.

Here are some things to see there:

Flatiron Building - OK, an obvious choice, but I had to mention it. 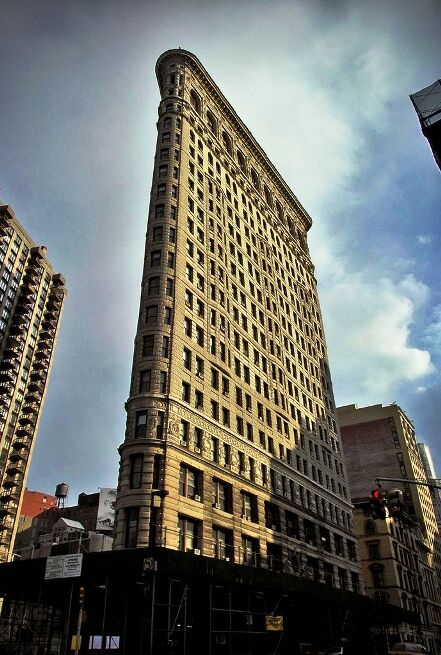 Madison Square Park - when I was growing up this place was a drug-infested junkyard with more dealers than squirrels, but now it's a stunning open space with dog runs, beautiful plantings, tons of events and even its own piano player. Don't miss a walk through it--the people-watching here is incredible. 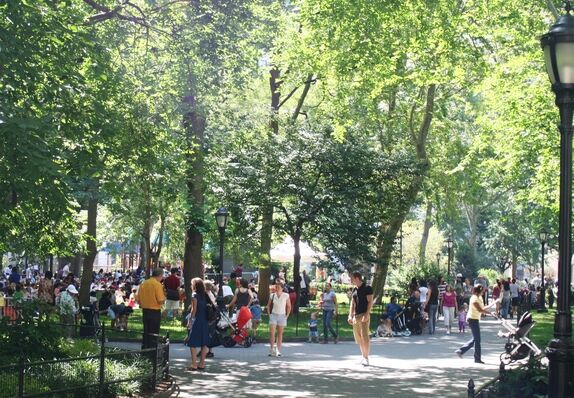 The Museum of Sex is also in this area--I have to say, I don't love this place--not because of the subject matter but because they've had some incredibly crude window displays and I'm not crazy about the idea of kids seeing them. 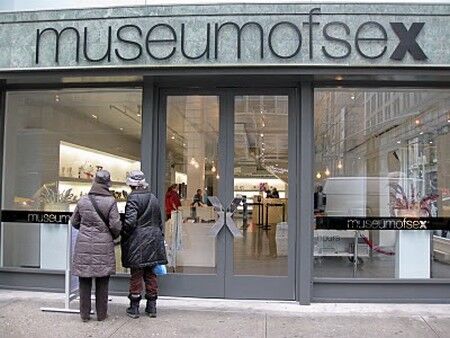 West 25th Street Outdoor Flea Market - this flea market has gone through some hard times lately, but it's coming back it's a lot of fun. I think they charge a dollar now so make sure you have a little cash.

Gramercy Park - this is a private park that only residents of the area have a key to, but the area around it is so beautiful that it's well worth checking out. It might be my favorite part of the city. E.L. Doctorow's "Ragtime" references this area a lot and most of the movie was filmed here.

Pete's Tavern just off the park is a lot of fun, although the food isn't extraordinary in any way. 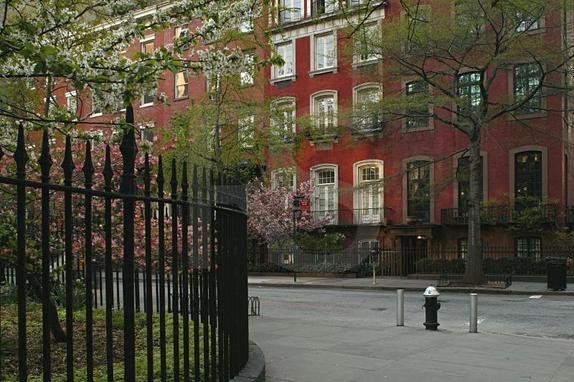 Murray Hill - like the Gramercy Park area, this is old, old money (Katherine Hepburn and Dominick Dunne lived here) and while very, very subdued, is a lot of fun to walk round because the buildings are so incredible. It's now known colloquially as "Curry Hill" because of all the great Indian restaurants and stores in the area (although some of us still call it "Little India".

Ladies Mile Historic District  - This is basically 6th avenue between about hile I can't stand what this part of the neighborhood has become (super junky chain stores) it's well worth a trip if for no other reason that this part of the city has such an interesting history. It basically used to be the 5th avenue of the late 1800s and again, the architecture is just amazing. While the avenue itself it now a junky-looking mess (sorry--I just hate these crappy stores), the side streets have no end of wonderful stores and restaurants on them. 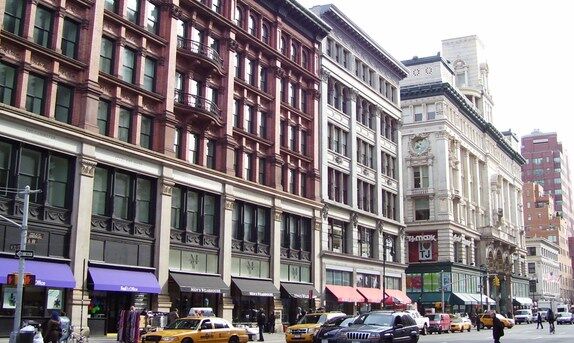 Finally, I would check out Stuyvesant Square. This is basically two parks that are divided by 2nd avenue. My high school was across the street from the east section and we used to eat lunch there and sit side by side with junkies and pimps (no, I'm not kidding). Luckily, it's been completely re-done and now it's just stunning--I can never get over that it's the same park when I see it now. Personally, I think the west side park is the prettiest. 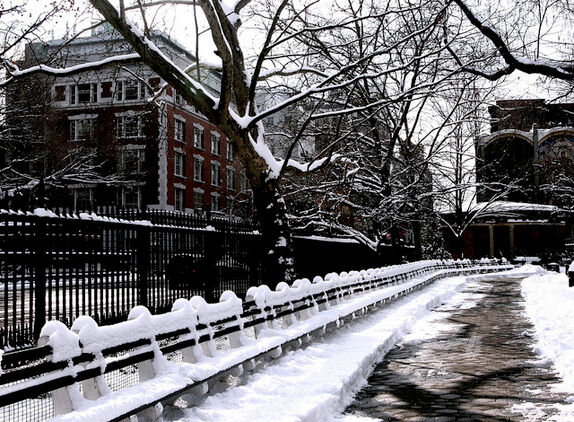 answered by
Cassandra from London

I love the Jade Hotel on 13th between 5th and 6th Ave. Small nice hotel and near the west village, very easy to walk to soho or flat iron!

I think my favorite neighborhood to go to if I were a visitor would be the East Village. I grew up in NYC and worked for 2 years in Union Square, and the East Village is great because of its central location, and because of all the amazing food and nightlife options you have there. 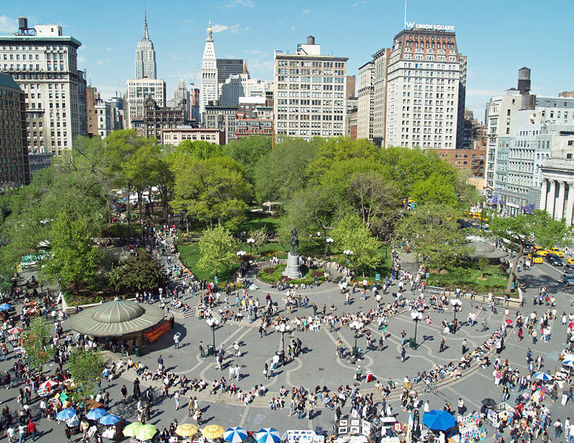 In my opinion the East Village is central because from Union Square you can get to almost anywhere in the city in under 30 minutes. Want to go to the Bohemian Hall & Beer Garden in Astoria or go to McCarren Park in Williamsburg? The trains are all at Union Square. Central Park, Madison Square Garden, West Village, and Wall St are all a short train ride away. 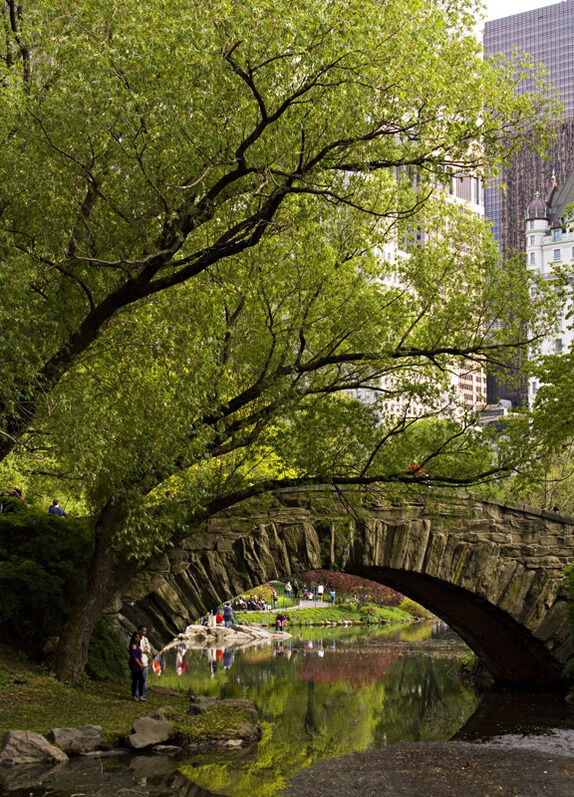 You also don't have to go anywhere else, there is plenty to do in the East Village. One of my favorite places to go to is St Marks Place near the Astor Place train station. There is amazing food there like Xi'an Famous Foods, Crif Dogs, and of course, dollar pizza.

You also have great bars like Death and Company, McSorley's Old Ale House, and Kenka. 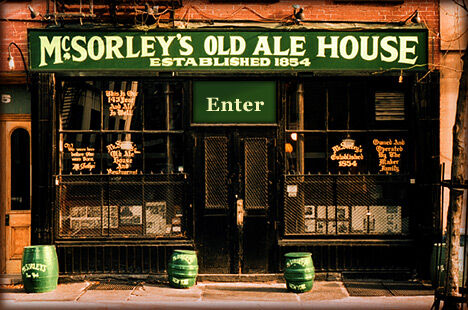 So if you can, find a place to stay in the East Village. If not, you can probably find cheaper options in Williamsburg and Greenpoint. If those don't work out, then Long Island City (New York) and Astoria could be good options. However, do not I repeat do not, go to Staten Island (New York).