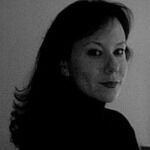 Moderate to higher-end restaurant for celebration

I'm going to be in NYC this summer visiting family and I'm looking for a restaurant that is:

Thanks, Everyone--can't wait to see the responses!!! Courtney

CATCH in the MPD sounds like it has everything you're looking for. It's a trendy spot, great for people watching. Reserve in advance. And as the name implies, expect a lot of sea food on the menu.

Another favorite of mine, which also works with bigger groups, is Beauty & Essex - great food and very cool vibe (though not in the areas you were requesting).

Courtney
These are great suggestions, Nina! I've never heard of either of these, so I will definitely check them out! Thanks so much!

answered by
Angela from United States

Happy birthday to the lucky person you are celebrating!

Not sure if you consider a steakhouse American, but STK Downtown in the Meatpacking District is a trendy/swanky steakhouse with delicious food - it's higher-end but maybe not necessarily "fun" - depending on your definition.

The Standard Grill in Meatpacking is usually good for people watching, is definitely fun and has a great rooftop view.  The food is good, but I wouldn't say that's what you go there for.

If you want to be in Flatiron, you should try Birreria in Mario Batali's Eataly.  It's on the rooftop of Eataly and its a beer garden but also a restaurant that serves amazing food - highly recommend the lamb chops!  It's a fun place, but you definitely need reservations early.  Plus if you get there early or can stay late, walking around Eataly before or after dinner will be well worth the trip.

ABC Kitchen in Flatiron is also GREAT.  It's a really unique place with excellent food.

Gramercy Tavern is consistently rated one of the best restaurants in the city.  The menu changes constantly but it's very charming inside and the food is incredible. You would not be disappointed.

There are so many amazing restaurants in NYC - some other favorites are Il Mulino in the Village, Del Posto in Chelsea, Babbo in Greenwich Village, Scalinatella on the Upper East Side, and Il Buco in NoHo.  You can't go wrong with Italian!

Felix
Babbo's food is great, but it doesn't feel like a birthday place to me. I second ABC Kitchen and Gramercy Tavern. If you go to Gramercy, try a bottle of Southold Farm's Cabernet Franc, it's a friend's vineyard in the north fork and it's excellent.

Courtney
Angela and Felix--went to both ABC and Eataly and loved both! Didn't go for the original celebration I asked about but it doesn't matter. Had pasta with mushrooms at ABC and it was fabulous (and then ended up buying a scarf and two pillow cases!) and had a spinach and olive oil dish at Eataly. Can't thank you enough! Also went to Gramercy but just had drinks!

Angela
I'm so happy you enjoyed both places!! Sounds like a great time - I'm jealous!! :)

Courtney
I really did Angela--thanks so much, again!

In Flatiron, I would recommend Craft. In Meatpacking, Colicchio & Sons is quite nice. Both serve new American cuisine.

But if I were you I'd probably skip those two areas and head to the West Village.  Lots of great restaurants and a more interesting area.  Perilla, Pó and Palma are some of my faves. Have a look at the menus (and wine lists) to be sure, but I think these would be suitable for your needs.

answered by
Shanel from New Jersey

Try The Clam, theclamnyc.com, in the West Village - excellent food with emphasis on seafood, great atmosphere and service!

Courtney
That sounds great, Shanel! Thanks!

In flatiron, The Breslin inside the Ace Hotel New York is a good choice. You may want to make a reservation if you have a big group.

Courtney
That sounds great, Felix--thank you!

If you want a people watching French restaurant I would recommend Balthazar Restaurant.  The food is excellent, the prices are moderate to high, but as you stated, you want to watch people. Occassionally because of it's location a celebrity or two will pop in.

Courtney
Great idea, Albert--thanks so much!

answered by
Malcolm from Kingston