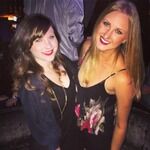 I am flying into JFK when snow is expected. Should I plan for a delay?

I'll be flying from LAX to JFK.

top answer by
Michael from Manhattan

Honestly, I always expect a delay flying into any major seasonal city: New York, DC, Chicago. That way, when there isn't a delay, it'll feel like a bonus!

What you'll find in New York, particularly ﻿John F. Kennedy International Airport, is that airlines pad the schedule a plus 30-45 minutes. Most common for landing is ATC delays (Air Traffic Control) that occur when there are too many planes and not enough visibility for optimal landing paterns. For taking off, your plane may leave the gate on time, but will commonly sit it what is usually the longest line for take-off. I've been on plane that announced we are as far as number 72 for take-off. This is typical of evening departures around 7-9pm.

With the above true, you can generally assume you'll arrive in NY near your scheduled arrival time, unless there is a major disruption. Remember, although it can get cold in NYC, because of the ocean, it is generally 10 degrees warmer than surrounding areas. This keeps sub-freezing weather at bay most of the time.

When the weather is great and you aren't flying during busy traffic, I often find flights arrive early, with an average time of, you guessed it, 30-45 minutes ahead off schedule.

Pros/Locals Tip: Take the AirTrain to the LIRR Train into Penn Station... $9-11/person, and a guaranteed 50-60 minutes. Taxis, while convenient, will be at least $65 or more with tolls/tip, and unless it's 5am, will take longer than an hour in traffic and give you unwelcome nausea.

Of course it's not only snow that can cause problems. On my last flight to JFK, we were informed we were five minutes away from being diverted to Baltimore because of storms.

It's something you should be aware of, if you're heading to accommodation.  If everything had been on time at the airport, we conservatively estimated we would be in Manhattan by 7pm at the latest. The weather at the airport also caused havoc with baggage and we didn't end up getting into the city until well after 9pm. If you're staying somewhere that you need to pick up keys or there isn't a 24-hour reception, you might want to organise a plan B.

answered first by
Adam from Mississippi

It really depends on how heavy and large the winter storm is.  Flying into JFK is not the issue if you can land, but flying out of JFK last year during the height of the polar vortex with heavy snow caused a delay of 1 hour.  Most delays are mainly to "de-ice" and warm the wings for take off.  Definitely check the weather and airport website.  Rarely does the airport shutdown but delays are pretty common during winter storm events.

Yes definitely, better to be prepared for a possible delay, and with snow involved that could be very likely. Make sure you have access to Wifi to keep yourself entertained.

answered by
Johnston from San Francisco

As long as there aren't heavy winds or freezing rain, you should be ok. Definitely track your flight and the weather, as well as check in at http://www.panynj.gov/airports/jfk.html.

Even on rainy days there can be delays. Depends on cloud coverages and if it's icy as well. If it's not a major storm it shouldn't be too bad. Safe trip!! Enjoy!

Will be likely delayed if it's heavy snow