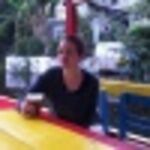 Looking into a trip to new york (winter time)..currently trying to figure out how much I would need.

After accommodation I had been thinking $250 for 'tours' and then $100 per day after that. As far as eating goes would hope to have breakfast in the hotel & cook for myself a few times out of the week so not planning on spending a huge amount on food every day, just a couple of nice meals.

Also another question - does the subway run all night?

Thanks for all your help :)

Yes indeed the subway is open 24/7, and during peak hours (business weekdays), trains usually arrive every 3-7 minutes. In the late evenings and weekends, some lines may be less frequent (10-15 minute intervals). Despite their reputation, locals are quite friendly and approachable if you need directions on which subways to take if you get lost underground. If you have an Android/Iphone, check out the Hop Stop App and it'll tell you how to get from point A to point B.

I would actually NOT recommend buying breakfast in the hotel, as there are tons of street vendors EVERYWHERE where you easily pick up a breakfast sandwich, bagel, or piece of fruit for very cheap--probably at a small fraction at what the hotel would be charging you (unless the hotel offers free breakfast). Also, often times, it's actually cheaper to eat out than to cook yourself!

I travelled to NYC from LA about once every 4-5 weeks for work, so became very familiar with a lot of hidden gems. Even though my meals were covered because I was travelling for business, I often found eating at the "hole in the wall" places were more rewarding than proper sit downs.

If you're on a tighter budget, check out New York Magazine's annual "Cheap Eats" list--I've been to both 5-star and cheap street cart food, many of those which have shown up on this list--it's very thorough. ﻿

A MUST TRY in my opinion is "THE" Chicken and Rice cart at 53rd Street and 6th Avenue (Across from the Hilton), it's called Halal Brothers Halal and it is hands down the best meal in NYC you can buy for $5. It's become a must-try for tourists, there's usually a short-line outside (no more than 5-10 minutes) but totally worth it. Another one is  Xi'an Famous Foods with several locations in East Village and Chinatown ($6 handmade noodles).

If you want to splurge on a nice meal, definitely consider  ABC Kitchen or  Balthazar Restaurant which either one would be worth your while.

Cheap food can be found, especially if you stick to recommended places--often quite cheaper than cooking yourself!

Good luck in NYC--hope you have a blast!

Annemarie
Xi'an was my favorite when I worked over in that nabe. Great choice. Worth waiting on the line at LES location.

answered by
Vikram from San Francisco

$250 for tours is a fair amount though it might not take that much. NYC is all about exploring it by yourself without going for any tour guides unless you really want someone to explain all the history.

There are weekly unlimited rides in the subway and yes the subways run 24 hrs. The frequency might be less in certain routes. You can visit lot of places for free, like Brooklyn Bridge, Central Park and just walk around many Avenues and streets.

You might end up spending money in Empire State Building, Statue of Liberty, Rockefeller Center Promenade, some museums, etc. Otherwise places like Times Square are always something free-to-do. Don't miss to see one Broadway show when you are around Times Square.

I don't think you should be cooking being in NYC. After all, it's the food capital of the world. You should visit St. Marks Place, Lexington Ave for some good restaurants.

Hope someone else here adds tips to whatever I missed to mention here.

Hi Louise. $100/day should be fine. I'm not sure what kind of tours you were looking into, or if you've ever been here before, but you can discover much of the city just by walking and doing a little research. One off-the-beaten-path tour I'd recommend is at Brooklyn's The Green-Wood Cemetery where many famous New Yorkers planned for years to be buried and the sites are elaborate and have a ton of history behind them. There's also an enormous monument from the Civil War Battle of Long Island which stares out across to the Statue of Liberty. There's a trolley that takes you around and it's only, I believe, $30.

Another cheap "tour": The Staten Island Ferry is totally free and you'll get great Statue of liberty shots again.

If you're coming during holiday season, you can cut costs on meals by visiting all of the pop-up holiday shops. You'll find really good quality kiosks of meals and drinks at the The Holiday Shops at Bryant Park, the Union Square Holiday Market and the Brooklyn Flea Market and Brooklyn Night Bazaar, which have recently expanded their hours.

For an iconic NYC treaton a budget, skip the cronut line at Dominique Ansel and instead indulge on a $5.25 thick slice of homemade pie at Four & Twenty Blackbirds in Brooklyn. A big, creamy cup of hot chocolate is just a few bucks extra.

Yes the subway is 24/7 but some turnstiles do not have attendants, so fill up your Metrocard in advance.

Courtney
Annemarie's right--the food at the markets is usually fantastic.

subway and bus systems in NYC are 24/7. Best is purchase an unlimited 7-day tix for US$27. It's very cheap!

answered by
Howard from Fayetteville

Get the City Pass. It is around $80.00 and has tons of attractions you can go see and has the tickets in the book. Also get a bite Junior's Restaurant There are multiple locations throughout the city. My favorite is the one on Broadway with a great view of Times Square.

Most subway lines run all night.  You can do OK on $100 per day if you aren't planning to do too many extras--a nice restaurant will run you $100 per if you're having drinks.  Taxis add up fast and there are times when you have to take them,  the bust system is great and often overlooked by tourists. A broadway show is a must and you can find day of show discount tickets at the tkts booth.

There's actually an organization called Big Apple Greeters which is a non-profit that runs tours of NYC for free, although they do ask for donations. The tours are led by volunteers who just want to share their love of the city with visitors. You do need to request a tour several weeks in advance, though, so send one in as soon as you know your dates.

Remember, too, that just because the subway runs all night, that doesn't mean you necessarily want to take it at night--some stops are fairly desolate so just use your judgement. :)