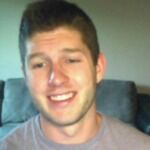 Bringing my little sister with me to New York City. What should we do?

I'm bringing my little sister who's 15 years-old with me (22 y/o) to NYC for her Christmas present. We are leaving tomorrow, and we are both going for our first time. We'll be there for four days. What should we do, see, and eat?

That's so sweet of you to bring your little sis to NYC for her Christmas present!  You're an awesome brother!

When I went to NYC when I was 15, what I enjoyed doing the most was...  shopping :D  Both actual and window.  At 15, though, mostly window :P  Even though those places are pretty much all in San Francisco (and I'm sure LA), it was so much cooler to visit them in NYC!  This includes  Sephora,  Victoria's Secret,  H&M, etc.  There are several of each of those stores scattered all around the city.  Take a stroll down  5th Ave to see all the designer store windows.  Other photo-worthy attractions on or just off of 5th are  Radio City Music Hall, Trump Tower,  Rockefeller Center (might still be able to skate there!).  And even though I might've seemed too old for it, I really enjoyed walking through  FAO Schwarz and the  M&M's World.  I'd go back to those even today.

For other cultural attractions, the view from the top of the  Empire State Building is pretty cool.  I loved Catcher in the Rye in high school so  Central Park was a must.   Times Square is also a must.  If you two are into art,  The Metropolitan Museum of Art is a definite must go.  You could spend an entire day there, so plan accordingly.  You can take a walk along High Line Park, which is a one mile stretch of park built on an old railroad track.

Since it's both of your first time in NYC, I listed teenage-friendly quintessential attractions that you should at least see.  So even if you don't end up spending much time at any of the above places, at least make a point to walk by it and take a picture to say you've been!

For food, there's the very popular  Shake Shack for burgers, shakes, and fries.  I know there are several in LA, but  Umami Burger is very popular in NYC, too.  Be sure to check out The Halal Guys.  They're a SUPER popular food stand both among locals and tourists.  Be warned -- they're infamous for being high caloric!  Try to hit up one of the famous delis, either  Katz's Delicatessen (where the famous "I'll have what she's having..." bit was filmed in When Harry Met Sally) or  Carnegie Deli.  You two at least have to split a pastrami at one of those places. I would suggest Katz over Carnegie, but they're both equally famous.  For dessert, split a Bea Arthur or Salty Pimp cone at the  Big Gay Ice Cream Shop!  Just do it.

This is adorable. I'm going to give you some suggestions of where I take my nieces.

Since she's a 15-year-old girl, she might like to visit the Sephora in Times Square. It is enormous and there's a huge Hello Kitty section and they give mini makeovers for free -- you usually just need to buy one of the items. While you're in the hood, she might like the equally enormous Toys R Us and the similarly huge Disney Store, which feels like you're in the Magic Kingdom in Florida -- the ceiling twinkles with stars! (disclaimer: I go to this Disney Store frequently and I am a 30-year-old woman).

Uptown, the American Museum of Natural History is an entire day event. Don't miss the photo booth tucked away on the 3rd floor. But don't eat there, it's too expensive. Across the street you can grab a burger and concrete at Shake Shack. And take home some souvineers from Toy Tokyo instead of one of those I Love NY shirts.

If you plan to leave Manhattan, the Museum of the Moving Image in Astoria is great for everyone, or go to the Queens Museum to see the amazing Panorama of New York City -- it's a model of every street, building and landmark in the entire city and one of my favorite places to spend a day. Bonus: It's at the site of the 1964 World's Fair. Also in Queens and just minutes away, the New York Hall of Science is awesome. Or, go laser light bowling at Brooklyn Bowl.

Courtney
Plus one on the Museum of Natural History--one of my favorite places in the world!!

answered by
Jacob from Houston

There is a brand new museum which is a lot of fun: New Museum http://www.newmuseum.org/visit

I'm not sure what you and your sister are into and/or what your budget is, but here are some ideas:

Those are just a few ideas--as I said, I don't know what you like to do, but these ideas should get you started! Have a blast!!!

answered by
Barbara from Cambridge (Massachusetts)

Buy a CityPass, it offers a great selection of the places, tours etc most tourists would want to see and do. It offers a discount on admission prices and you don't have to wait in line.

If she isn't at the point where she feels a need to be cool , go to the Central Park Zoo. If she doesn't go, I will. If she feels coolness vibes go to St. Marks Place. I guess you can't go drinking so I won't list bars. She might enjoy Chinatown New York. If either of you are into food ,go to Union Square Green Market.Walk the High Line Park.