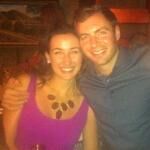 Taking my boyfriend to NYC for the first time. What restaurants do you recommend?

A few good American restaurants in the midtown area would be: Thalia (which has a bit of French on the menu as well), Aureole, Bar Americain, and eatery nyc (which has a great brunch menu). Outside the midtown area you will find Union Square Cafe, Gramercy Tavern, Gotham Bar & Grill, The Dutch (SoHo), David Burke Townhouse (Upper East Side), and David Burke Kitchen. If you are looking for some American/ Eclectic I would suggest The Mercer Kitchen (SoHo), Stanton Social (Lower East Side), Beauty & Essex (Lower East Side), The Darby (trendy Amer/Cont. Supper Club), The Standard New York (Meatpacking District), Butter (Midtown East), COOKSHOP.

For Italian in the area I would recommend La Masseria (a casual favorite in the Midtown area), Becco(Lydia Bastianich’s restaurant), A Voce (more upscale in the Time Warner Center), and Remi(for a bit more upscale, a good business dinner, and your best bet for large groups). Outside of Times Square I would recommend Il Mulino (Greenwich Village), Morandi (West Village), Casa Nonna, Lavo,Del Posto, L'Artusi, and Scarpetta in the Meatpacking District, Marea (Midtown West), and if you want to venture down to Little Italy I would suggest IL Cortile.

For Japanese/sushi in the area I would recommend Blue Fin, Ruby Foo's (casual, great for pre-theatre, your best bet for large group accommodations, and a nice business dinner area), Mr. Robata, Natsumi, Sushi of Gari 46, Nobu Fifty Seven (the trendiest of the three Nobus), KOI (in the Bryant Park Hotel), and Haru. For good Japanese/sushi outside of this area I would recommend SUSHISAMBA NYC West Village (Greenwich Village), TAO(very popular, and for good reason), Asiate Restaurant (inside Mandarin Oriental)(which is a great upscale French/ Asian fusion restaurant overlooking Central Park, and great for a business dinner, 59th & B’way/ 212.805.8881), Bond St (which is a 3-floor Japanese emporium that some consider the best sushi in town), Buddakan (amazing Chinese in Chelsea), and Morimoto (all in the hip and trendy Meatpacking District), and Megu (my favorite restaurant in the city, located in Tribeca).

For French in the area I would recommend db Bistro Moderne (which may be able to accommodate larger parties), Per Se (for an extremely high-end experience; reservations 8 weeks out is a must), Jean Georges Restaurant (one of New York’s most famous chefs!), The Lambs Club, Pigalle (for a more casual experience), and Le Bernardin (one of the city’s most popular restaurants), Maison (for great casual outdoor seating). Some of the nicer French restaurants outside of Times Square would be Raoul's (SoHo), Daniel (Daniel Boulud’s amazingly popular midtown shrine), Gilt (elegant Michelin-starred spot in the Palace Hotel) Indochine Restaurant (an amazing French/ Vietnamese restaurant), Balthazar(a very popular bistro in SoHo that’s great for brunch), and The Modern at the MoMa Museum (Midtown West).

For great Chinese fare in the area I would suggest Hakkasan or Ruby Foo's, and for Chinese outside of our area I would suggest Buddakan (in the Meatpacking District), Mr Chow (my favorite Chinese in the city), Mr. K's, and Mainland Restaurant. If it’s a great casual dim-sum spot you are looking for, look no further than Ping's Seafood and Jing Fong in Chinatown, which are both amazing!

A great local Thai restaurant would be Room Service (nice casual Thai near our hotel) and some great ones in SoHo include Kittichai (my personal favorite), and Kin Khao.

Debbie
Wow! I feel like I'm going to need a few months in NYC to eat my way through this list. Thanks for sharing! :)

Veselka is a wonderful Ukrainian diner with the most heavenly pierogis. The best part is that they're open 24 hours (yes, really!), so it's kind of perfect for when the bar closes and you're jonesin' for some good grub.

Blockheads has a few locations in the city, although I was only ever at this one on 2nd Ave. Yummy California-style burritos and flavored margaritas.

Hell's Kitchen is a trendy area with loads of good restaurants and bars. This is a great location to make a night of it -- dinner somewhere that strikes your fancy and then drinks at a cool bar.

New Pizza Town II is my favorite NYC pizza joint. It's a hole-in-the-wall, and their white pizza is top of my list. Remember to fold your pizza and eat with one hand.

Have a blast in New York!

answered by
Juan Pablo from Bogota

If you like latin food, I highly recommend you Comodo, a place where besides a good food you can enjoy its unique friendly environment and attention of its owners (a nice couple). Say hi from me! $$$

If you'd rather prefer moroccan food, the best place is Café Gitane. Don't be surprised if you see an actor or model having brunch over there, it's very fancy. $$

If you're looking for something a bit special you're in the right city. A few of my faves: Betony is from some former team members at Eleven Madison Park. Gramercy Tavern is a fantastic bar and a very good dining room as well. Estela offers some great plates. My must-do though, if you're a chicken fan is to try the roast chicken The NoMad Restaurant. It will blow you away.

We never miss going to this treasure of a place. Every dish they serve is delicious. The ambiance is just lovely and the service is A+.

Since the majority of clientele is Chinese, it's easy to see why "authentic" is a great descriptor of this great restaurant.

If you're willing to make the trip into Brooklyn, head to Fort Greene for an afternoon walk (beautiful, historic neighborhood with great architecture, also check out Fort Greene Park) -- and then head to Olea. It is delicious Mediterranean food for a pretty reasonable price. Don't miss the Whole-Grain Farro Pasta on the dinner menu and the Lamb Hash on the brunch menu.

answered by
Aude from Los Angeles

If you like italian and simple fresh food, I recommend Eataly anytime of the day! You'll have a great experience. This place is a food market and will wake up all of your senses! http://www.eataly.com/nyc-restaurants.

They have 6 restaurants inside but I would book a table at Manzo if you like meat and great wines!

answered by
Laura from Atlanta

Lupa in SoHo is a Mario Batali casual Italian restaurant.

I also love the lobby bar at the Mandarin Oriental for snacks and drinks. It's expensive but the view is worth it.

Famous Fat Dave's food tours. Not only you get to try great food but he knows EVERYTHING past, present, Future about NY