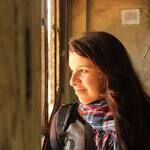 I'm a visual art enthusiast, so you can imagine the excitement of visiting museums in New York! Nevertheless, apart from the big famous museums, is there any other places I shouldn't miss?

You're certainly going to the right place to see art!

While it's debatable about whether this is actually art, you can take a tour of some of the city's more prominent graffiti. I'm not crazy about what these "artists" use as their canvases, but I have to admit, the work is pretty exciting. Here's a link to their schedules:

There are also dozens of restaurants and cafes that display local artists. There are so many, in fact, that I'm not even sure which ones to tell you about (you could just about randomly chose any cafe or coffee house in Greenwich Village and they would probably have a small art show), but one of the best known is Two Moon Cafe in Brooklyn, which is a really great multi-media space with a cafe. As long as you're in Brooklyn, you should also try Proteus Gowanus which is this very interesting art/literature/general neighborhood collective that usually seems to have something interesting going on. They also have a really interesting program (I think on Thursdays) where you can bring in something that's broken and everyone gets together and tries to fix it. I know that doesn't really have anything to do with art, but it's interesting.

Like a lot of places, NYC also has a long tradition of art in public parks. Madison Square Park in particular always has something going on but here's a site that will give you info about all the parks in New York and what they've got going on.

I would also check out some of the art schools which always have shows going on. School Of Visual Arts has exhibits just about any time you go and so does Parsons The New School for Design. Here's a link to their calendar of exhibits: http://www.newschool.edu/parsons/galleries-exhibition-centers/

I would also check out all the WGA murals in post offices and public buildings. In a nutshell, these were murals created under the "New Deal" in the 1930s, although there's always been some debate about which ones were actually New Deal-commissioned works. This list covers all New York state but you can just visit the NYC-area ones. The one at the US Post Office is my favorite.

I think you would also be pretty amazed by the art stores in New York--if there's a craft, technique, medium, or anything else having to do with art, there's probably a store for it. For example, there's an amazing, amazing pigment store in Manhattan called Kremer Pigments. It's not a big store but I could easily spend hours here just looking at all the colors. Guerra Paint & Pigment is also pretty amazing--they carry paint as well as pigment. Sepp Leaf is another amazing art supply store that specializes in leafing supplies and brushes and they really know their stuff.

Of course, I'm sure you know there are also endless galleries as well, but I'm not really familiar with the best ones anymore--hopefully someone can help you with those!

By the way, if you're also into film, the Crosby Street Hotel has a really cool cinema club on Sunday nights (there's no membership or anything--you just go) and they serve dinner and then show a movie in their private screening room. I think that's such a cool thing for a hotel to do! 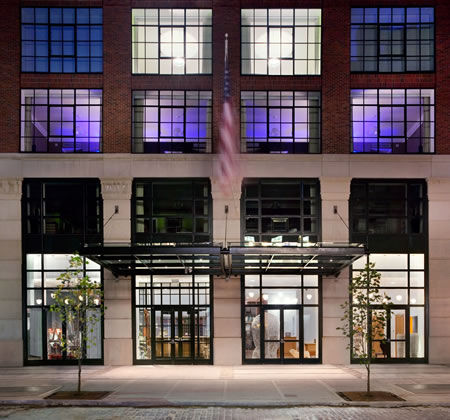 I recommend visiting the Chelsea Art Walk (they have a lot of cool small galleries): http://chelseagallerymap.com/

As well as the 111 Front St. Galleries: http://www.safetgallery.com/FrontStreetGalleries/

The New Museum, and Museum of Arts & Design!

Desiree
I'd second the Chelsea Art Walk. Every Thursday you get some free art with some free wine and sometimes the artists are even there.

answered by
Thom from Philadelphia

I am a visual person and I love a museum in an old mansion called the The Frick Collection. It's where I saw my first Rembrandt. They also have impressionists. This is a very intimate museum and not as well known as others but worth the trip.

I also like to walk Greenwich Village and SoHo. The shop windows have incredible graphic design. Check out art galleries. They are free. Look for free urban art (aka graffiti). Especially look for Shepard Fairey and Obey art.

Check out what is showing at the Cooper-Hewitt, National Design Museum (unfortunately closed right now for renovation). They often have great exhibits focused on design.

Or try a Bill Cunningham (New York Times fashion photographer)...sit in a cafe or on a street corner and take snap shots of fashion trends that you spot!

Don't miss  The Cloisters. It's included in admission to The Met. It's a small beautiful museum of medieval art and the park nearby is beautiful too. 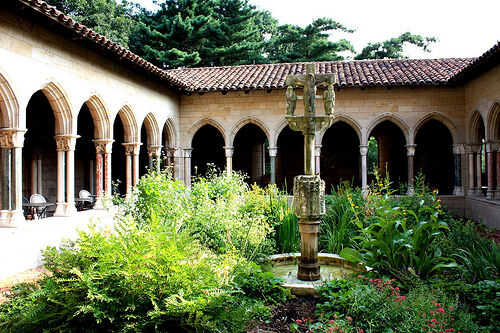 Everything above is free and a life experience!

A good friend of mine runs a blog where he posts all the best current gallery shows, both in Chelsea (New York) (traditional big name galleries) and the Lower East Side (up and coming galleries). He also does tours! A great resource: http://www.thetwopercent.com/

answered by
Ari from Knoxville

Printed Matter is a wonderful book shop of handmade books on 10th ave. It feels like a museum you can touch. La Boîte Biscuits & Spices is a shop of hand-selected spices that produces seasonal collections inspired by a different artist each month. Anthology Film Archives on 2nd ave/2nd st. shows movies in the original 16/32mm. For other interesting movies, the Film Society of Lincoln Center is great. For architecture, BAM in Ft. Green, Brooklyn is gorgeous.

answered by
Mikey from Las Vegas

I've lived in NYC for years and love visiting the incredible museums the city has to offer; but some of my absolute favorites are the lesser known or even just overlooked works of art. Here's my list of must-see places, ranging from well-known to overlooked:

I included the less famous museums.

answered by
Adam from New Jersey

Open House New York is having their annual weekend of tours on October 11 and 12.  Last year I went on a tour of Woodlawn Cemetery in the Bronx and had a great lunch at a local Irish bar (Woodlawn is an Irish neighborhood).  Open House has great tours all around the city where you can get into things that you never would be able to.  Check it out!