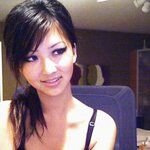 Where can I get the best shrimp and grits?

I friggin' LOVE grits and seafood, so this is the one dish that I HAVE to try when I'm in New Orleans!

omg, I love shrimp and grits, too, so I totally made a shrimp and grits list for my latest trip to NOLA!  I was only able to make it to two of the spots on the list during my weekend trip (one of which I went to twice!), but I will gladly share my list of top-rated shrimp and grits spots that I found through Googling and Yelp searches.

Here are the other restaurants on my radar for shrimp and grits:

I know the list is overwhelming, but if it's any help, the first nine are widely considered to be the must-go restaurants of NOLA in general, plus Surrey's and Luke.

Lita
I wish my stomach had my space. I may just have the shrimp and grits-crawl this whole trip. Thank you for your suggestions!

Debbie
You're welcome! My trip to NOLA felt like a shrimp and grits crawl... :)